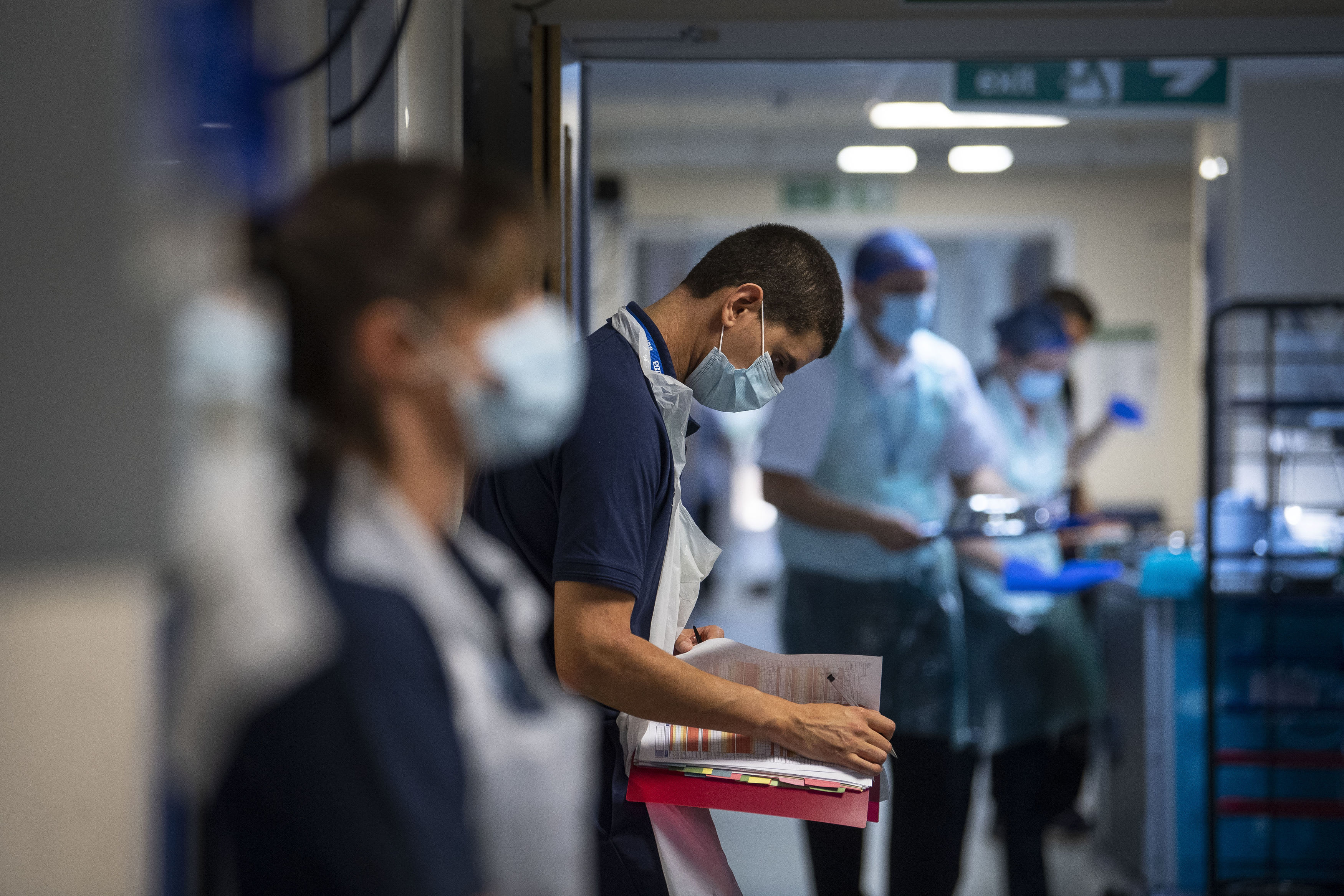 A Rehab Support worker checks on patient notes as the first patients are admitted to the NHS Seacole Centre at Headley Court, Surrey, a disused military hospital, which has been converted during the coronavirus pandemic.Victoria Jones | PA Images via Getty ImagesThe U.K. government must prepare for a potential new wave of Covid-19 infections that may be more serious than the first, a group of scientists has said, warning that the country could see nearly 120,000 further coronavirus deaths this winter. In a report published Tuesday, an advisory group of 37 experts from the Academy of Medical Sciences stressed that “intense preparation” was urgently needed throughout the rest of July and August to reduce the risk of the National Health Service being overwhelmed this winter. Their modeling suggests Covid-19 infections in the U.K. will rise again in the fall and peak in January and February, the busiest time of year for the NHS. In a worst-case scenario, the experts said there could be 119,900 additional hospital deaths this winter — at least double the number from the first wave.The models do not consider the use of drugs, treatments or potential vaccines. It also excludes deaths in care homes and the community.To date, the U.K. has recorded more than 291,000 cases of the coronavirus, with 44,915 related deaths, according to data compiled by Johns Hopkins University.The “Preparing for a challenging winter 2020/2021” report was requested by Patrick Vallance, the British government’s chief scientific adviser, to model a “reasonable” worst-case scenario.”The modelling suggests that deaths could be higher with a new wave of Covid-19 this winter, but the risk of this happening could be reduced if we take action immediately,” Stephen Holgate, a respiratory scientist from University Hospital Southampton NHS Foundation Trust, said in the report.”With relatively low numbers of Covid-19 cases at the moment, this is a critical window of opportunity to help us prepare for the worst that winter can throw at us,” he added.Holgate, who chaired the report, said the findings were not a prediction of what is likely to happen, but a scenario of what may happen if the virus is allowed to surge and little is done to protect the NHS and social care services.’Losing gains’The report calls for a public information campaign, a reorganization of health and social care staff facilities to ensure Covid-19-free zones, and increased capacity of the country’s “test, trace and isolate” program.It also says the U.K. government should consider a “comprehensive, near-real-time, population-wide surveillance system to monitor and manage a winter wave.”Britain’s Prime Minister Boris Johnson speaks during a daily briefing to update on the coronavirus disease (COVID-19) outbreak, at 10 Downing Street in London, Britain June 3, 2020.Andrew Parsons | 10 Downing St | via ReutersHealth experts have said previously that they expect cooler weather conditions in winter to trigger a more intense transmission of the Covid-19 infection, saying the disease was “very likely” to show a similar seasonal pattern to other coronaviruses.In winter, people tend to spend more time indoors clustered together, with less ventilation and less personal space than in summer.Respiratory infections, such as coronaviruses, are spread by droplets that are released when a person coughs or sneezes. And, health experts say colder and drier conditions in winter strongly affects the transmission of flu-like illnesses.The World Health Organization said last week it was also reviewing new evidence on whether the coronavirus can spread through particles in the air.”Every winter we see an increase in the number of people admitted to hospital and in the number of people dying in the U.K.,” Anne Johnson, professor of infectious disease epidemiology at University College London and vice president of the Academy of Medical Sciences, said in the report.”This is due to a combination of seasonal infections such as flu, and the effects of colder weather, for example, on heart and lung conditions,” Johnson continued. “This winter we have to factor in the likelihood of another wave of coronavirus infections and the ongoing impacts of the first wave. We have to be prepared that we might also experience a flu epidemic this year.”World Health Organization (WHO) Director-General Tedros Adhanom Ghebreyesus talks during a daily press briefing on COVID-19 virus at the WHO headquaters in Geneva on March 11, 2020.Fabrice Coffrini | AFP | Getty ImagesThe WHO has previously warned world leaders that the pandemic is still not under control and is getting worse.Speaking at a news conference from the health agency’s Geneva headquarters on Monday, WHO Director-General Tedros Adhanom Ghebreyesus said: “Let me be blunt, too many countries are headed in the wrong direction.”He said it appeared many countries were “losing gains” because proven measures to reduce the risk were either not implemented or followed. More than 13.1 million people had contracted the coronavirus as of Tuesday, according to data compiled by Johns Hopkins University, with 573,042 deaths due to the virus worldwide.