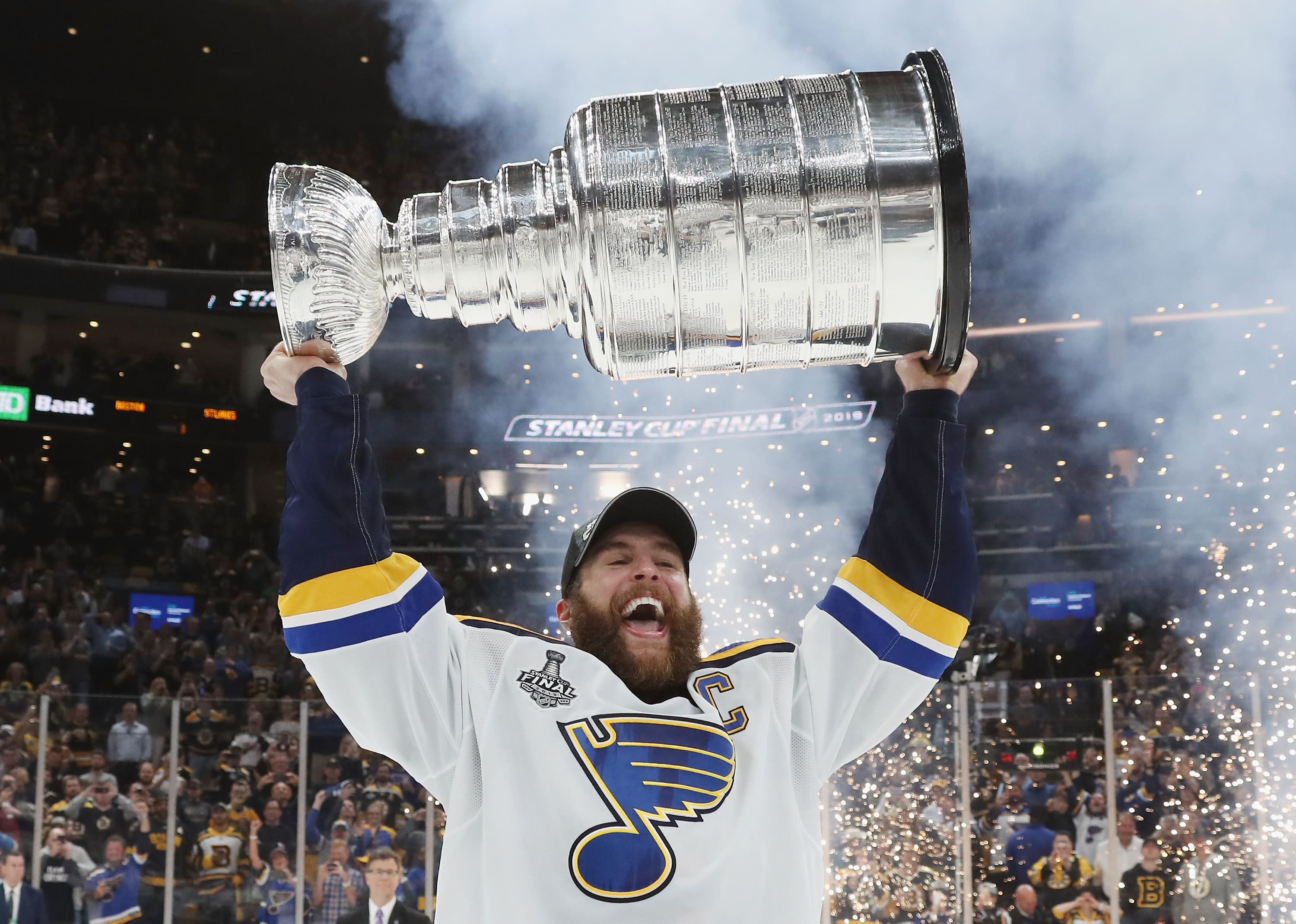 Alex Pietrangelo #27 of the St. Louis Blues holds the Stanley Cup following the Blues victory over the Boston Bruins at TD Garden on June 12, 2019 in Boston, Massachusetts.Bruce Bennett | Getty ImagesThe U.S. has offered more than a thousand professional athletes exemptions to proclamations barring their entry into the country, as the administration pushes for the return of professional sports, a person familiar with the matter told CNBC. So far, the Department of Homeland Security has issued 1,703 exemptions, a person familiar with the situation told CNBC, requesting anonymity because the data is not yet public. The DHS in May announced it would exempt foreign athletes from the limitations it is imposing on foreign travel into the country. President Donald Trump has spoken frequently of his desire for professional sports to return.Leading the exemption count is Canada with 414 exemptions, 285 of which were for the National Hockey League. In all, the NHL secured 506 athlete exemptions, the most of any sport. It was followed by Major League Baseball at 308, International Motor Sports Association at 207 and the Professional Golf Association at 198.  The exemptions come as the U.S. clamps down on other travel into the country. The administration this week announced new rules for international students that may force many of them to leave the country. Meantime, global tensions have heightened. The European Union is keeping its border shut to the United States, even while it begins to invite back other countries into the territory. Relations with China have become particularly thorny, as Trump has frequently blamed China for the spread of the disease.”Professional sporting events provide much needed economic benefits, but equally important, they provide community pride and national unity,” said Acting Secretary Chad Wolf when announcing the planned exemptions in May. “In today’s environment, Americans need their sports. It’s time to reopen the economy and it’s time we get our professional athletes back to work.”Delayed seasons have threatened ticket revenue for powerful team-owners. They have also cut through the advertising sales at entertainment companies like Comcast’s NBCUniversal and Disney’s ESPN.But plans to bring back sports have been challenged, as athletes at Major League Baseball, the National Basketball Association and the National Football league have all tested positive for the virus.The MLB, which secured 308 athlete exemptions from the DHS, had to push back training camps for a number of teams because of delayed testing results from a Utah laboratory running the diagnostics.The NBA, which secured 33 exemptions, has said it still plans to resume its season at its Orlando campus this month, despite a  recent increase in Covid-19 cases in FloridaIf any exempted athlete tests positive for coronavirus prior to arriving in the U.S., they will be denied entry until they test negative.A total of 18 sports leagues were granted exemptions, including the Sports Car Club of America and the World Boxing Organization. A handful of athletes from China got exemptions to play for the MLB, PGA and the Ladies Professional Golf Association, the person said. Disclosure: Comcast is a parent company of CNBCCNBC’s Jabari Young contributed to this report

Brazil’s Bolsonaro tested for Covid-19 after feeling ill
Evarizion – a company that keeps a secret to success
To Top
error: Content is protected !!