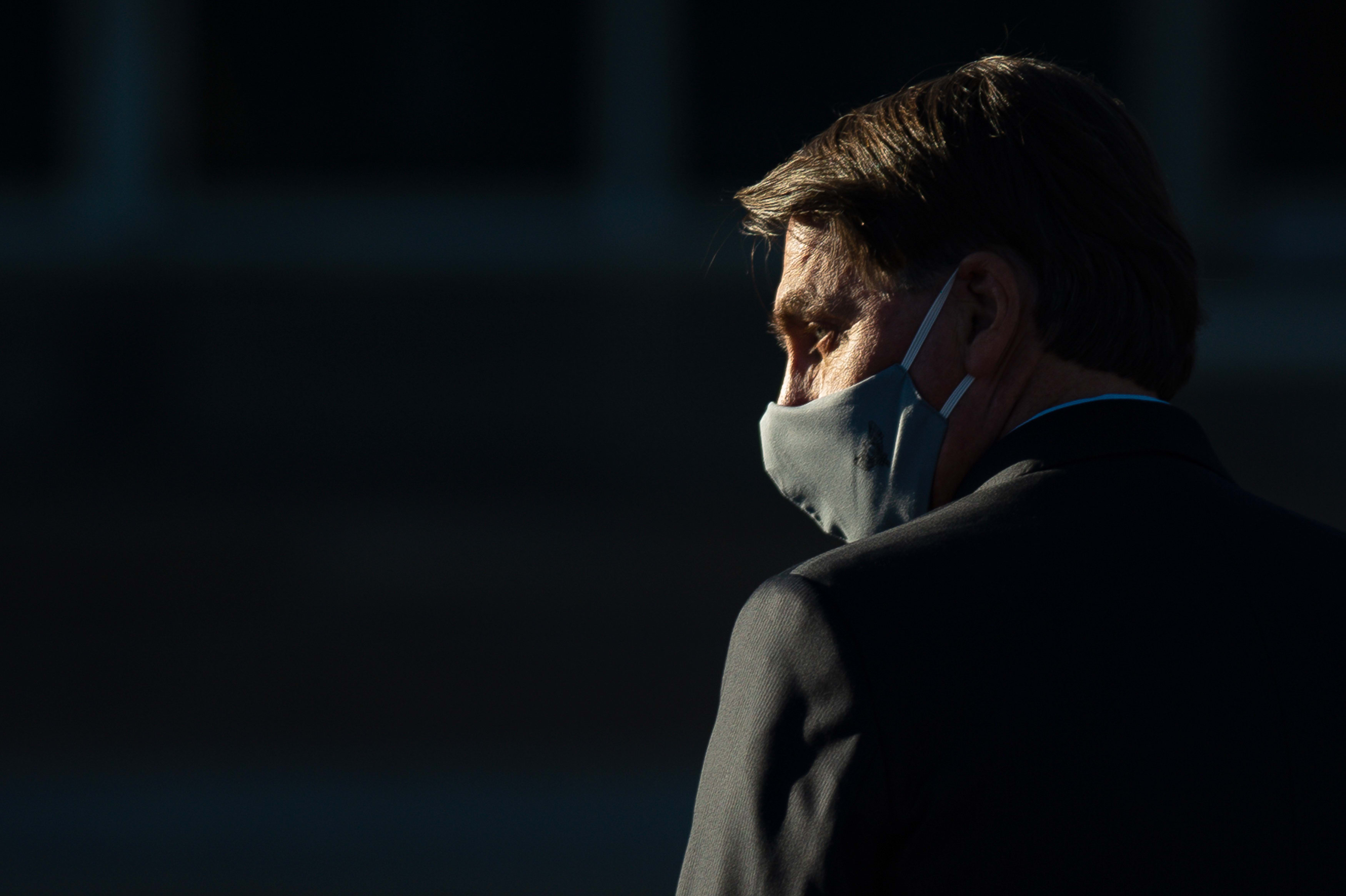 Brazilian President Jair Bolsonaro looks on during ceremony to inaugurate the Main Spacial Operations Center (COPE-P) amidst the coronavirus (COVID-19) pandemic at the Comando de Operações Aeroespaciais on June 23, 2020 in Brasilia.Andressa Anholete | Getty ImagesBrazilian President Jair Bolsonaro has undergone another test for the coronavirus, shortly after the presidential palace said the right-wing leader had displayed symptoms consistent with Covid-19.Bolsonaro told supporters gathered outside the presidential palace in Brasilia on Monday that he had taken a test for the virus and “everything is fine.”Speaking while wearing a face mask, he also said that a separate medical exam had shown his lungs were “clean,” according to a video broadcast on a YouTube channel.A couple of local news sources — including an affiliate to CNN in Brazil — have reported that Bolsonaro has tested positive for the virus, but this has not been verified by CNBC or officially confirmed.A government spokesperson was not immediately available to comment when contacted by CNBC on Tuesday morning.On Monday, the presidential palace said that Bolsonaro was currently in good health but told NBC News that he had been feeling unwell and was running a fever of 38 degrees Celsius (about 100.4 Fahrenheit).Local media has reported Bolsonaro has canceled all his official activities until he gets the results of his test for Covid-19. The results are expected at around 11 a.m. ET on Tuesday.’Little flu’Brazil’s president, an ideological ally of President Donald Trump, has repeatedly downplayed the threat of the virus, dismissing the pandemic as a “little flu” and condemning state governors for imposing lockdowns that are causing job losses.Since the beginning of the Covid-19 outbreak, Bolsonaro has ignored several recommendations from the World Health Organization, such as avoiding public gatherings, wearing face masks and maintaining social distancing.Late last month, Brazil’s president reportedly suggested during a Facebook live event that he thought he had already contracted Covid-19.Health personnel of a medical emergency response service carry Brazilian Eladio Lopes, 79, -infected with the new coronavirus- on a stretcher to be transferred on an ambulance boat from the community of Portel to a hospital in Breves, on Marajo island, Para state, Brazil, on May 25, 2020.Tarso Sarraf | AFP | Getty ImagesTo date, more than 1.6 million people in Brazil have tested positive for the virus, with 65,487 deaths nationwide, according to data compiled by Johns Hopkins University.Brazil has reported by far the highest number of coronavirus cases in Latin America and is second only to the U.S. worldwide.In March, British Prime Minister Boris Johnson became the first world leader to test positive for the coronavirus. Initially, the Conservative Party leader continued to work in self-isolation but his condition worsened and he was admitted to hospital where he spent three nights in the intensive care unit. Johnson was discharged from hospital on April 12.More recently, Honduras President Juan Orlando Hernandez was discharged from hospital 16 days after being diagnosed with Covid-19.

Scientists call on WHO to recognize airborne virus risk, global cases near 11.5 million
U.S. has granted more than 1,000 travel ban exemptions to pro athletes
To Top
error: Content is protected !!