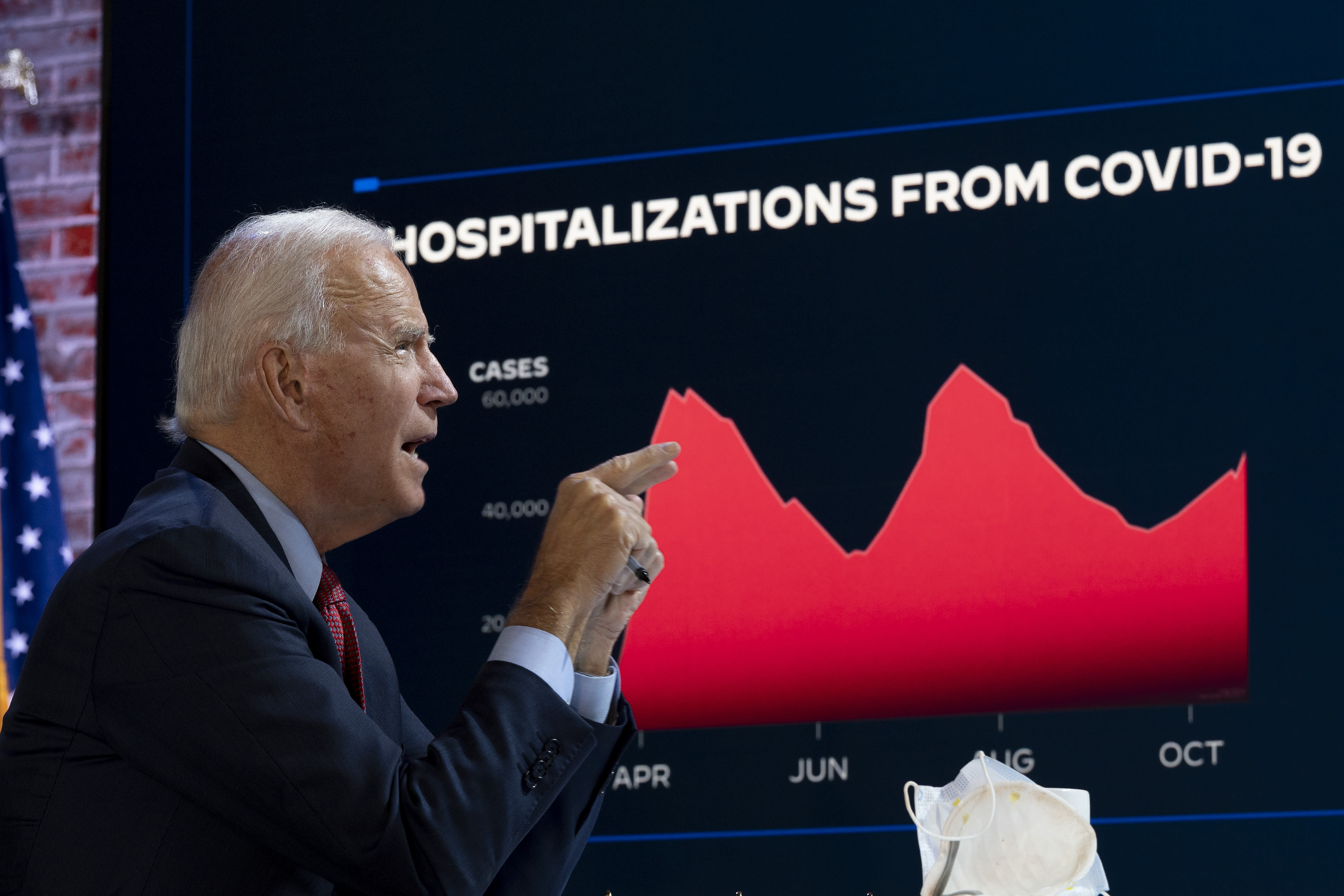 President-elect Joe Biden is expected on Monday to announce the members of his coronavirus task force, who will be charged with crafting a plan to curb the spread of the coronavirus as it reaches record-high levels.The task force will be co-chaired by former Surgeon General Vivek Murthy, former Food and Drug Administration Commissioner David Kessler and Dr. Marcella Nunez-Smith of Yale University, a Biden campaign official told NBC. Axios first reported on the announcement.Biden, in his first speech as president-elect, confirmed that he will announce “a group of leading scientists and experts as transition advisors” to help implement his pandemic response plan.”Our work begins with getting Covid under control,” he said Saturday evening. “That plan will be built on a bedrock of science. It will be constructed out of compassion, empathy, and concern. I will spare no effort — or commitment — to turn this pandemic around.”The announcement, which will come before the president-elect has named any of his senior White House staff or cabinet appointments, signals how high of a priority the pandemic response is to Biden.Biden will not be sworn into office until Jan. 20, when epidemiologists and medical experts say the country could be in a dire situation with the pandemic, if current trends continue. On the day NBC News projected Biden would win the election, the U.S. reported its third-straight record spike in daily new coronavirus cases, according to data compiled by Johns Hopkins University.Average daily new cases are rising by at least 5% in 47 states and the District of Columbia, according to a CNBC analysis of Hopkins data. Dr. Leana Wen, the former Baltimore health commissioner, said Biden will have his work cut out for him when he assumes office in January. She added, though, that he can begin encouraging compliance with public health measures even before he officially takes office.”His work needs to begin right now. He needs to begin communicating the urgency of actions with the American people,” she said in a phone interview. “His biggest challenge is going to be getting people to follow his recommendations. He can have the best policies and even the best way to implement his policies, but unless you can win the hearts and minds of the American people, it’s not going to make a difference.”Wen, an emergency physician and public health professor at George Washington University, said if the country continues on its current path, the U.S. could have more than half a million Covid-19 deaths before Biden takes office.”It’s going to get much worse this winter,” she said. “We are surging all across the country. There are firestorms of Covid-19 that we’re seeing in virtually every part of the country, and it is getting worse by the day.”Dr. Megan Ranney, an emergency physician at Brown University, echoed Wen’s concerns about the months ahead.”The worst days of the pandemic are almost certainly still ahead of us,” she said. “This virus is now spread across the entire United States. When the first surge came, it was localized to the Northeast in New England, New York, New Jersey. In the second wave, it was the South and Southwest. But now we’re seeing it literally takeover hospitals across the country.”She added that a Biden presidency gives her hope of a nationally coordinated response to the pandemic, but until Jan. 20, “it’s like we’re on our own.”Ranney added that several of her “colleagues and friends,” whom she declined to name, will serve on Biden’s coronavirus task force and will help him “hit the ground running on day one” when he takes office.”But the trouble is, even with hitting the ground running on day one, it’s going to take two months to manufacture adequate PPE,” she said. “Even if on day one, he says, ‘I’m going to create a mask mandate,’ it’s going to take a while to disseminate that and to get the messaging out.”