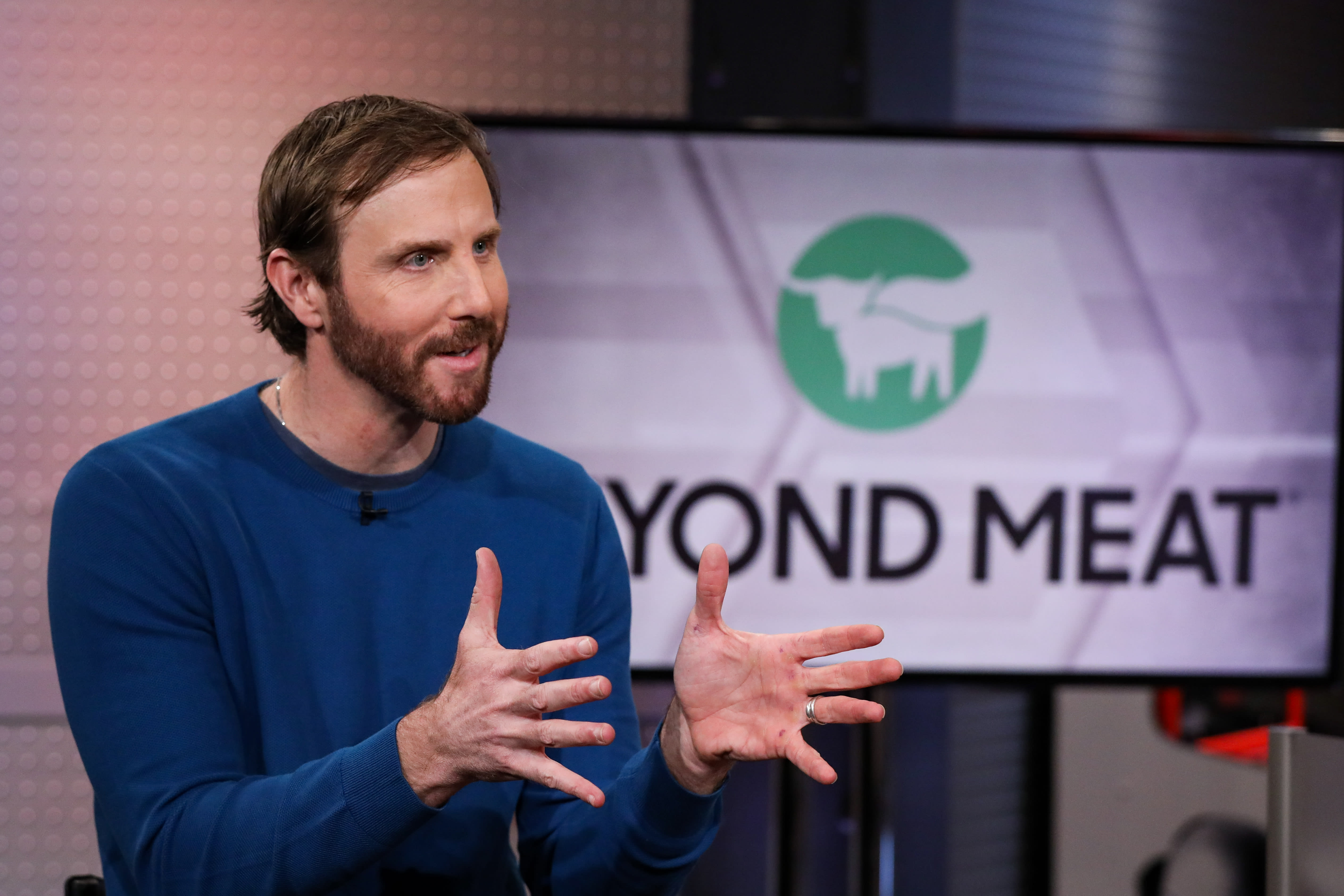 Shares of Beyond Meat cratered Tuesday in the wake of disappointing third-quarter results that reflected weaker demand for its products at restaurants due to the coronavirus pandemic.The stock was down 19% Tuesday morning, erasing more than $1.5 billion in its market value.Beyond Meat shares slid as much as 28% Monday in after-hours trading, capping off a frenzied day of trading for the volatile stock. McDonald’s announcement of a plant-based line called “McPlant” sparked confusion among investors about whether Beyond would be a supplier for the largest U.S. restaurant chain by sales. The company made the meatless burger patty for a McDonald’s test in Ontario.The fast-food giant declined to provide CNBC with any details on its suppliers for the forthcoming products.”We have a relationship with Beyond Meat, where they supported us in our Canadian test market,” McDonald’s CEO Chris Kempczinski told CNBC’s Carl Quintanilla in an interview that aired Tuesday. “We haven’t made a decision yet about how we’re going to be and which suppliers are supporting our global rollout, so I don’t want to comment on that.”But a spokesperson for Beyond said in a statement Monday that the company co-created a meat-free patty with McDonald’s that will be available as part of McPlant.On Beyond’s earnings conference call Monday evening, JPMorgan analyst Ken Goldman told Beyond CEO Ethan Brown he thought Brown was “spooking people a little bit” because he wasn’t giving investors any substantial details on what could be a major source of growth for Beyond.In a response to Goldman, Brown said that in his own observation, McDonald’s might have wanted to keep the spotlight on its investor day and announcing Beyond as a supplier could have disrupted that focus. He also said he would wait to work with McDonald’s before making further comments on Beyond’s role in McPlant.”I will say this: Everything we said is true,” Brown said. Beyond has developed a “very long-term” relationship with McDonald’s, including creating the burger that will be a part of McPlant, he said, adding that it is up to the chain to decide the extent of the collaboration.BTIG analyst Peter Saleh wrote in a note that it’s “extremely strange” that neither management team would confirm that they intend to work together. Still, he said he firmly believes that Beyond will ultimately be a supplier for McPlant, although a meatless McDonald’s burger in the U.S. in 2021 is “unlikely.”While the announcement may have sparked confusion, Beyond received at least one analyst upgrade as a result of the news. Piper Sandler analyst Michael Lavery said the McDonald’s opportunity is big, with or without Beyond’s branding.”We estimate a potential $100M US opportunity and $150M (or more) globally,” Lavery said in a note to clients Tuesday.

President-elect Joe Biden to announce Covid task force on Monday
NFL considers changing rules next year as more teams go for it on fourth down
To Top
error: Content is protected !!