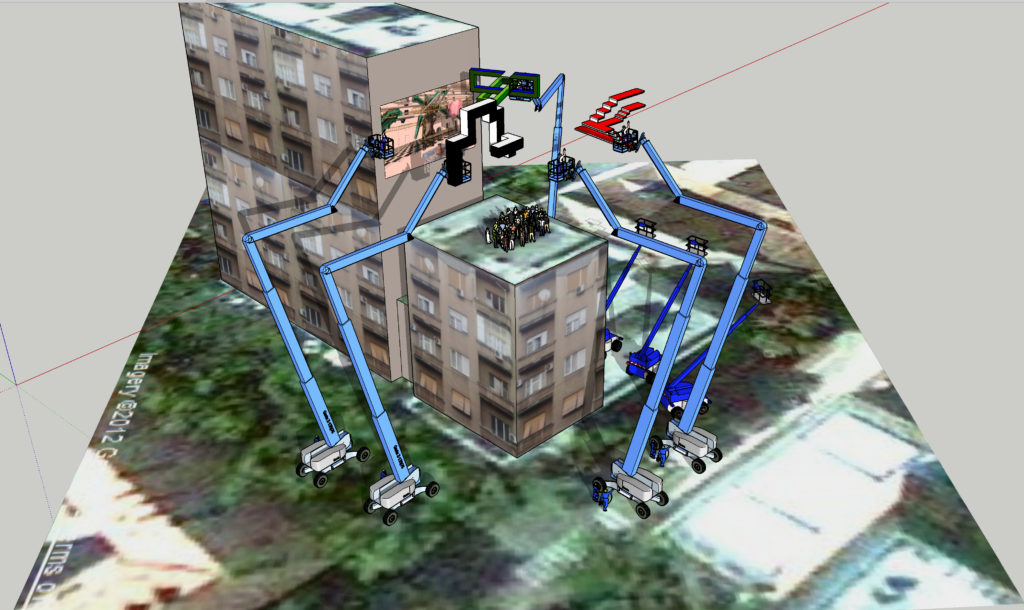 COURTESY THE ARTIST AND PERFORMA

Past iterations of Performa, the New York–based biennial for performance art, have adopted historical milestones as themes—Dadaism in 2017, for example, and the Renaissance for the 2015 edition. For this year’s Performa 19, the marker will be the 100th anniversary of the founding of the Bauhaus.

“I’ve always found it fascinating that most exhibitions [about the Bauhaus] are from an architecture point of view,” said Performa founder RoseLee Goldberg, who wrote her dissertation on the Weimar German institution that engaged art and design as much as architecture. “At Performa, we go at it from the perspective that it was the first art school to have a performance workshop at its heart.”

Performa will pay homage to musical happenings and performance events that were central to the Bauhaus, Goldberg said, and artists commissioned for the festival will look to the school’s emphasis on the merging of art and life in a wide-ranging way. Korakrit Arunanonchai is creating work centered on the notion of Ghost Cinemas, outdoor film screenings in Vietnam that were meant to bring moviegoers in contact with spirits. Samson Young will offer music that draws inspiration from 16th-century Chinese texts and 20th-century modernist dance.

Ed Atkins, Nairy Baghramian, Tarik Kiswanson, and Paul Pfeiffer are among others who have been commissioned for Performa 19, which is slated to run November 1-24 in venues all across New York. Yvonne Rainer and Emily Coates, the director of dance studies at Yale University, will also present a new version of a 1965 piece, Parts of Some Sextets, for which Rainer choreographed movement for 10 dancers and 12 mattresses.