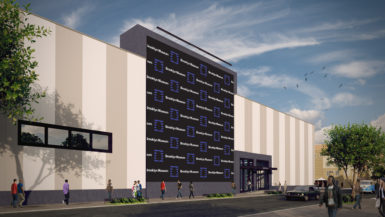 The Brooklyn Museum announced that it will begin giving out a award called the UOVO Prize, which will go annually to an artist living or working in Brooklyn.

The prize takes its name from UOVO, an art storage company that has four facilities in the New York City area. It will come with $25,000, as well as the opportunity to create an installation for the facade of UOVO’s storage facility in Brooklyn’s Bushwick neighborhood and an exhibition at the Brooklyn Museum. The first winner will be named in June of this year.

“The Brooklyn Museum is excited to join UOVO in this effort to highlight and nurture the vibrant cultural producers of Brooklyn,” Anne Pasternak, the director of the Brooklyn Museum, said in a statement. “We’re proud to share this borough with countless emerging artists, and are always looking for opportunities to support their work in a multitude of ways.”