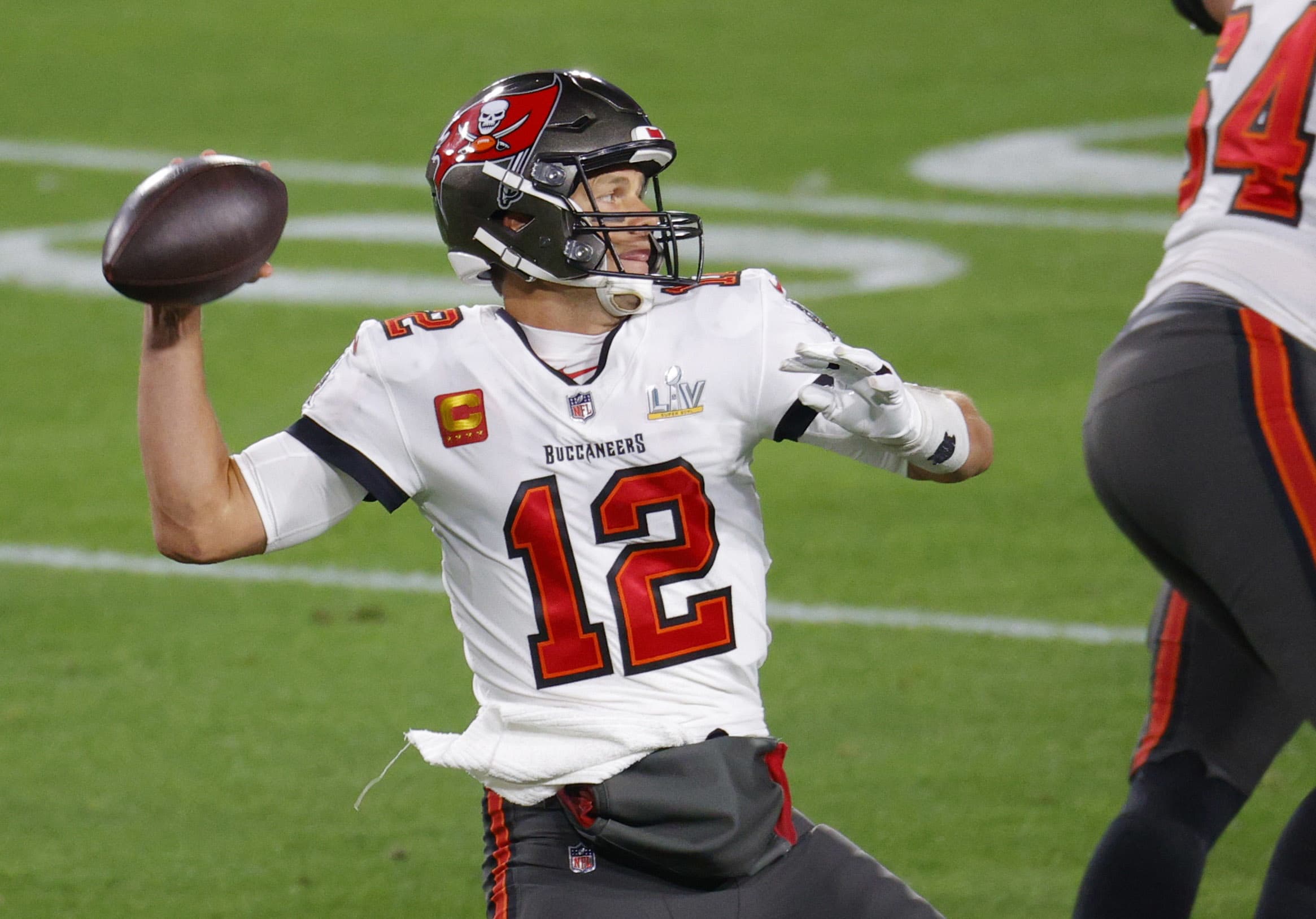 Tampa Bay Buccaneers’ Tom Brady in action in Super Bowl LV, February 7, 2021.Brian Snyder | ReutersThe Super Bowl is complete, and the National Football League is wasting no time shifting attention to its top revenue stream: media rights.The NFL is looking to finalize frameworks of new TV rights agreements in the next few weeks and wants to do so before setting the 2021 salary cap figure in March, according to people with knowledge of the situation.The people asked not to be identified as they aren’t allowed to speak publicly about league affairs.Network partners Fox, ViacomCBS, NBC and Disney’s ESPN pay the league roughly $6 billion per year, with AT&T-owned DirecTV adding another $1.5 billion for the Sunday Ticket package. It’s been widely rumored the next agreement could reach $100 billion via a 10-year deal. Other options include a seven-year deal at $14 billion per year or an eight-year deal at $12 billion per year.Working in the NFL’s favor is a new 10-year labor agreement reached last year with the NFL Players Association (NFLPA), more postseason contests and a 17-game regular-season schedule, which the league is planning to implement next season. Hence, with the extra games added, the NFL wants its fee.The NFL declined to comment.Packages are expected to remain similar, with Fox and CBS keeping Sunday afternoon games and NBC holding on to its Sunday Night Football package.But ESPN is the wildcard.ESPN+ is a contender to replace DirecTV for the NFL’s Sunday Ticket package, CNBC reported last year, and Disney also wants to be a part of the Super Bowl rotation. That means it could add games to its ABC network.One of the individuals suggested part of the holdup to finalizing a new agreement is the NFL finding a new home for the Thursday Night Football package, which Fox currently holds but could drop the deal when it ends in 2023.There’s speculation a streaming service such as Amazon could bid on the package. But with Fox, CBS and NBC no longer interested in simulcasting the game on a third-party streaming service, Amazon would have to find another partner to produce the game.There is a possibility that ESPN could take on the Thursday Night Football game and air the game on ABC. But that would mean helping a rival streaming service as it tries to grow its own ESPN+ offering.Amazon renewed its agreement with the NFL last April. Its newest package included continued streaming of Thursday Night Football and exclusively showing a national regular-season game on the company’s Prime Video and Twitch platforms. Amazon streamed the San Francisco 49ers-Arizona Cardinals contest in Week 16 exclusively, outside of team markets. CBS produced the game.CNBC reported last year that Amazon would also consider the Sunday Ticket package, using the NFL programming as a tool to get people to subscribe to Prime.CNBC’s report also had a prediction from LightShed media analyst Rich Greenfield that CBS would lose its NFL package. Should that happen, perhaps CBS could lower its rights fee and take on Thursday Night Football, work with Amazon exclusively and remain in Super Bowl rotation. ESPN could then get Sunday afternoons on ABC and retain the Monday Night Football franchise.One of the people said all of the media rights deals would’ve been finalized in December had the Thursday package been resolved.ESPN, NBC, CBS and Fox Sports declined comment. In this Oct. 4, 2020 file photo is an empty Levi’s Stadium before an NFL football game.Tony Avelar | APFewer preseason games?The NFL is currently calculating losses for the year, with its clubs submitting financial information for the 2020 season, according to one of the people.The NFLPA will then review revenue reports as the two sides negotiate a new salary cap for the 2021 season. The NFL could suffer a $4 billion loss among its clubs due to Covid-19 preventing full stadiums.The 2020 salary cap was roughly $198 million per team. Salary cap analysis website Overthecap.com estimated the 2021 cap number would reach $180 million. One of the people suggested $185 million would be the number, but either way, it will mark the first salary cap decrease since 2011. But that cap is projected to skyrocket to over $200 million for the 2022 season.As of now, a new cap figure needs to be in place by March 17.Once new media agreements final, there is speculation the NFL could remove two preseason games as it inserts the extra regular-season game. Should the league add a 17th game, at least one preseason game will be removed according to the new collective bargaining agreement.With players proving during the pandemic season they could prepare virtually, and without a preseason, NFLPA president J.C. Tretter has called for less wear and tear during the year.”We had no offseason practices, fewer training camp practices, and no preseason games. While some feared that those changes would lead to a sloppy 2020 NFL season, our collective level of play across the league has actually never been higher,” Tretter wrote in December.”I believe the changes implemented this season have demonstrated that we can put an entertaining product out on the field while further reducing wear and tear on our players’ bodies,” he added.In 2019, NFL commissioner Roger Goodell also supported a shorter preseason.”I’m not sure, talking with coaches, that four preseason games is necessary any more to get ready for a season to evaluate players, develop players,” he said, via The Associated Press. “There are other ways of doing that, and we’ve had a lot of discussions about that.”Disclosure: NBCUniversal is the parent company of CNBC.–CNBC’s Alex Sherman contributed to this report.