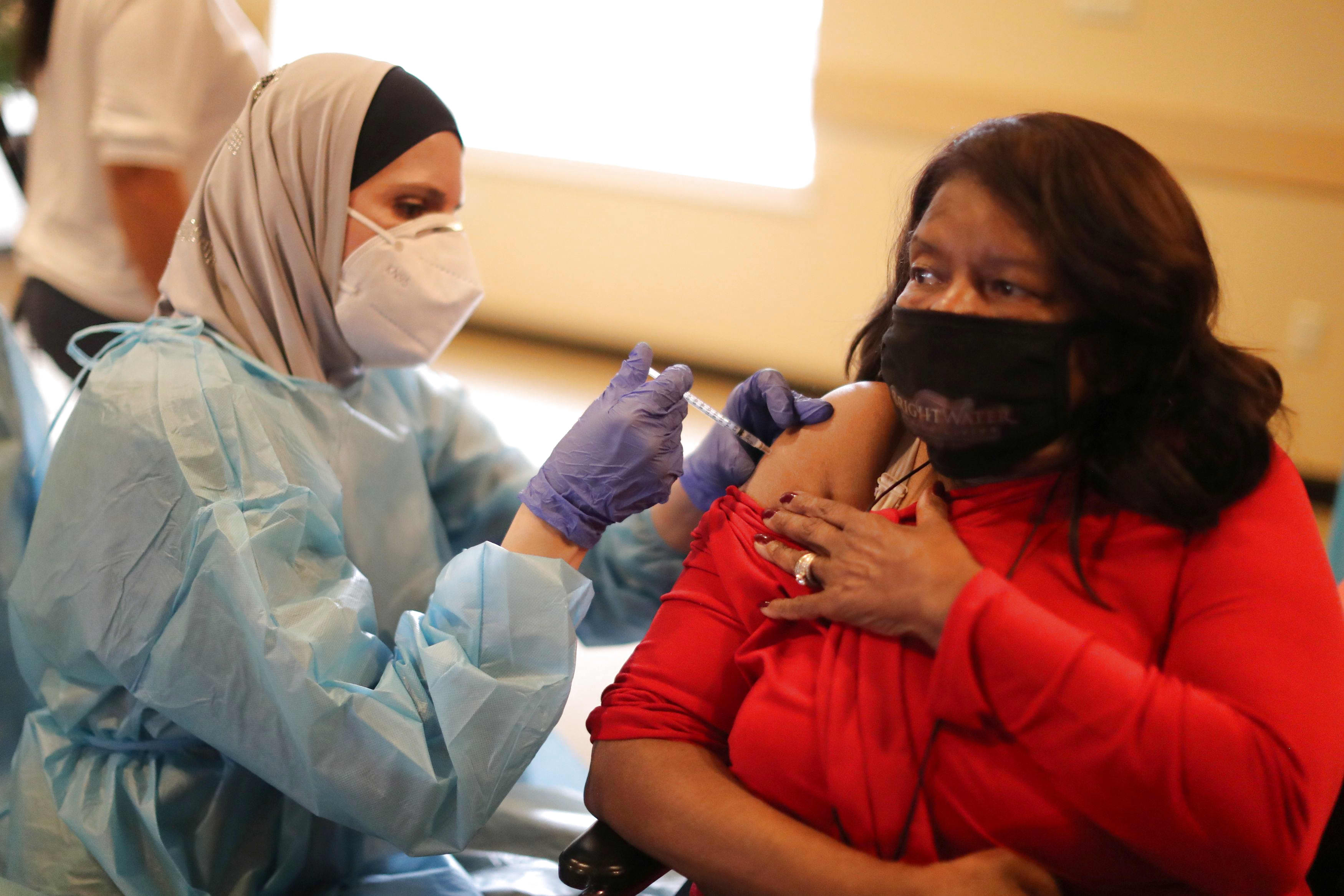 Alex Gorsky, Chairman and CEO of Johnson & Johnson, celebrates the 75th anniversary of his company’s listing on the floor at the New York Stock Exchange, September 17, 2019.Brendan McDermid | ReutersPeople may need to get vaccinated against Covid-19 annually, just like seasonal flu shots, over the next several years, Johnson & Johnson CEO Alex Gorsky told CNBC on Tuesday.”Unfortunately, as [the virus] spreads it can also mutate,” he told CNBC’s Meg Tirrell during a Healthy Returns Spotlight event. “Every time it mutates, it’s almost like another click of the dial so to speak where we can see another variant, another mutation that can have an impact on its ability to fend off antibodies or to have a different kind of response not only to a therapeutic but also to a vaccine.”Public health officials and infectious disease experts have said there is a high likelihood that Covid-19 will become an endemic disease, meaning it will become present in communities at all times, though likely at lower levels than it is now. Health officials will have to continuously watch for new variants of the virus, so scientists can produce vaccines to fight them, medical experts say.Gorsky’s comment came after J&J said it applied for an emergency use authorization from the Food and Drug Administration for its coronavirus vaccine. Unlike Pfizer’s and Moderna’s vaccines, which require two doses given about three to four weeks apart, J&J’s only requires one dose, easing logistics for health-care providers.U.S. officials and Wall Street analysts are eagerly anticipating the authorization of J&J’s vaccine, which could happen as early as this month. President Joe Biden is trying to pick up the pace of vaccinations in the U.S. and experts say his administration will need an array of drugs and vaccines to defeat the virus, which has killed more than 450,000 Americans over the last year, according to data compiled by Johns Hopkins University.The Department of Health and Human Services announced in August that it reached a deal with Janssen, J&J’s pharmaceutical subsidiary, worth approximately $1 billion for 100 million doses of its vaccine. The deal gives the federal government the option to order an additional 200 million doses, according to the announcement.Gorsky told CNBC that the company’s first priority is to work with the FDA toward U.S. authorization. He said J&J is working “full speed” on vaccine manufacturing, adding the company is “extremely confident” it will meet its target to deliver 100 million doses of its Covid vaccine to the U.S. by the end of June.”We will meet our commitments and at the same time we’re doing everything we possibly can to safely and effectively accelerate” production, he said, adding people are “highly anticipating” being able to get a single shot against the virus.J&J is also continuing work on a two-dose coronavirus vaccine, Gorsky said. The company expects two-shot vaccine data from clinical trials in the second half of 2021, he said.