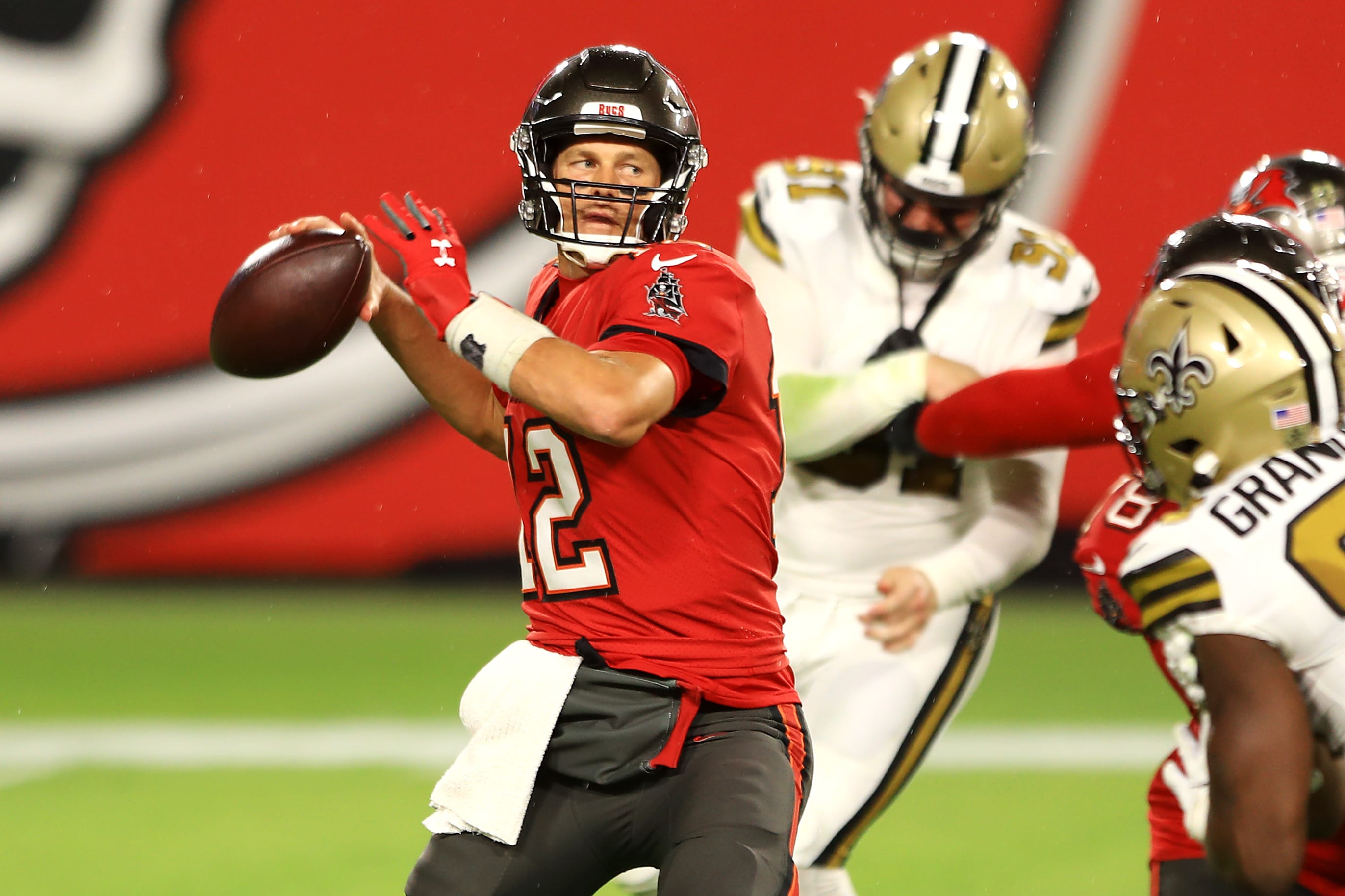 Tom Brady #12 of the Tampa Bay Buccaneers throws a pass during the first half against the New Orleans Saints at Raymond James Stadium on November 08, 2020 in Tampa, Florida.Mike Ehrmann | Getty ImagesWith fourth downs at a high, the National Football League has more of an incentive to alter its gameplay rules next year.The NFL held a conference call after a two-hour league meeting on Tuesday to provide an update on its Covid-19 season. The NFL discussed contingency plans surrounding games “should it be needed,” but Commissioner Roger Goodell added the league remains “committed to completing the season as scheduled.”The NFL also established criteria for its playoff eligibility should teams not complete the season playing the same amount of games but tabled reseeding teams in the postseason under its new contingency resolution.Goodell also reiterated the league’s competition committee would meet in the offseason to discuss adding the fourth-and-15 option.The added rule would allow teams to attempt a first down from their own 25-yard line. Should the team fail, the opponent would gain possession with the same field position. The option would be an alternative to teams attempting an onside kick.According to a Nov. 4 league memo obtained by CNBC, the NFL noted to its competition committee that more teams are going for it on fourth down and converting more often.Through Week 8, NFL clubs have attempted fourth-and-one 55.9% of the time this season, compared with an average of 42% from 2010 through 2019. And clubs have converted 69% of the fourth downs, which the memo notes is up 7% over the same period in seasons from 2010 through 2019.Also, through Week 8, there were 200 fewer punts when compared with the 2019 season. Goodell said the NFL discussed the metrics with clubs in October and aims to have the fourth-and-15 option in place next season.”We think this is a rule that we should bring back to the committee in the offseason and consider in the spring [meetings] for the 2021 season,” Goodell said on the call. “It is something that we have thought, and many clubs have thought, would be an exciting addition to the game, and it’s something that I think merits further discussion.”The Denver Broncos proposed the fourth-and-15 option in 2019, and Philadelphia Eagles owner Jeffrey Lurie presented the idea earlier this year.The memo also notes return rates on kickoffs, 34.6%, and punts, 40.5%, are down. Hence, the NFL plans to further explore moving the kickoff line to the 30-yard line from its current spot at the 35. The proposal was previously tabled for future consideration.The sun rises over Raymond James Stadium as the Tampa Bay Buccaneers take the field for an NFL football training camp practice Friday, Aug. 28, 2020, in Tampa, Fla.Chris O’Meara | APNot planning for a vaccineThe NFL released its latest Covid-19 testing results, which revealed 15 new confirmed positive tests among players and 41 new confirmed positives among other team personnel. Since testing commenced on Aug. 1, the NFL reported 78 players and 140 other personnel were confirmed positive cases.Despite the Covid-19 cases on the rise throughout the U.S., Goodell repeated the league plans to have fans at its Feb. 7 Super Bowl LV in Tampa, Florida. He didn’t specify how many spectators would be allowed at Raymond James Stadium but noted the plan calls for as many fans “that can be done safely.”Asked if news surrounding a possible vaccine would impact the NFL’s Super Bowl plans regarding spectators, Goodell said no.”We are starting on the basis that we are planning for fans in Tampa,” he said. “We are not doing it on the basis that there will be a vaccine.”Pharmaceutical companies Pfizer and BioNTech announced Monday that trial results show their coronavirus vaccine is more than 90% effective in preventing Covid-19 among those without evidence of prior infection. It still needs FDA approval.Scientists are hoping for a coronavirus vaccine that is at least 75% effective, while White House coronavirus advisor Dr. Anthony Fauci has said one that is 50% or 60% effective would be acceptable.