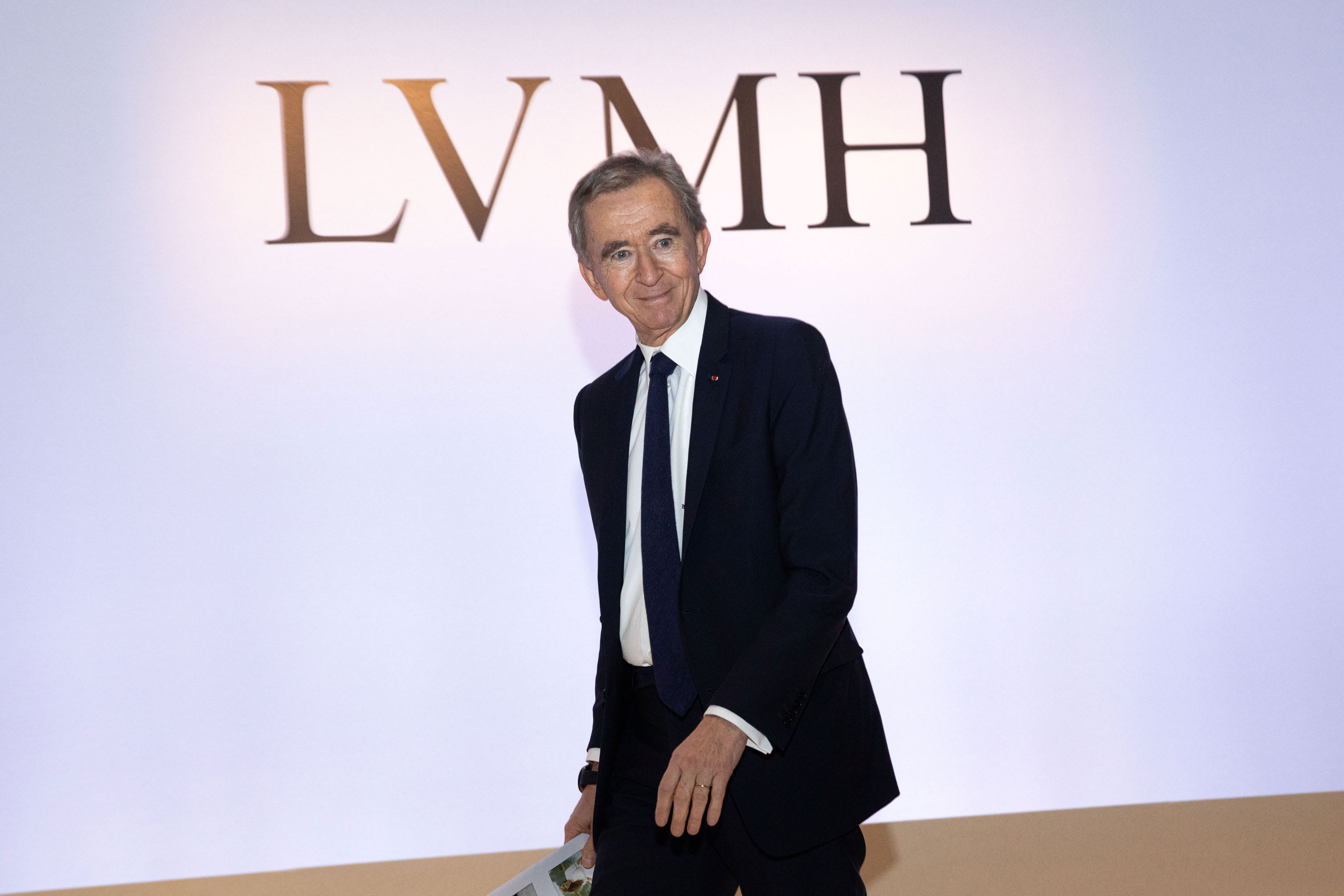 Bernard Arnault, billionaire and chief executive officer of LVMH Moet Hennessy Louis Vuitton SE, arrives to speak as the luxury brand announces full year earnings in Paris, France, on Tuesday, Jan. 28, 2020.Christophe Morin | Bloomberg | Getty ImagesLuxury king Bernard Arnault has retaken the title of world’s second richest person, with a net worth of more than $137 billion, after a recent surge in the share price of LVMH.Arnault added $7 billion to his wealth Monday, as European stocks and luxury companies soared on the back of the Covid-19 vaccine news from Pfizer. Europe’s richest man, who is chairman and CEO of LVMH, has added about $16 billion to his wealth over the past two weeks — more than entire purchase price of jewelry giant Tiffany. LVMH, which owns luxury brands such as Louis Vitton, Christian Dior and Moet & Chandon, agreed to buy Tiffany last year for $16 billion but the two companies waged a bitter legal battle this fall over the purchase price, eventually agreeing to $400 million price cut.Forbes now ranks Arnault as the second richest person in the world, behind Jeff Bezos, who is worth about $184 billion. Arnault nabbed the second place spot in 2019, but fell in the rankings as LVMH stock plunged during the coronavirus pandemic. Bill Gates, formerly number two, is now third with $119 billion, according to Forbes’ real-time tracking.The Bloomberg Billionaire’s Index, which uses a different methodology, has Arnault ranked behind Gates, with $103 billion — still shy of Arnault’s previous peak of $109 billion, according to Bloomberg. The ranking also puts Mark Zuckerberg’s and Elon Musk’s worth at $103 billion. Both rankings, however, show that the stock market boom of the past two weeks has created vast wealth for the world’s billionaires. There are now five billionaires in the world with over $100 billion in wealth — a first, according to Bloomberg. The world’s 500 richest people have added $1.2 trillion to their wealth this year, even as the world plunged into an economic crisis and pandemic.The fall in tech stocks, however, has also shaved the fortunes of the big tech titans. Bezos saw his net worth fall by $9 billion on Monday, while Zuckerberg saw his fortune fall by $5.5 billion. On Wednesday, as the vaccine rally entered its third day, shares of both Facebook and Amazon were trading higher.

NFL considers changing rules next year as more teams go for it on fourth down
Too soon to say if Germany will extend Covid lockdown: Health minister
To Top
error: Content is protected !!