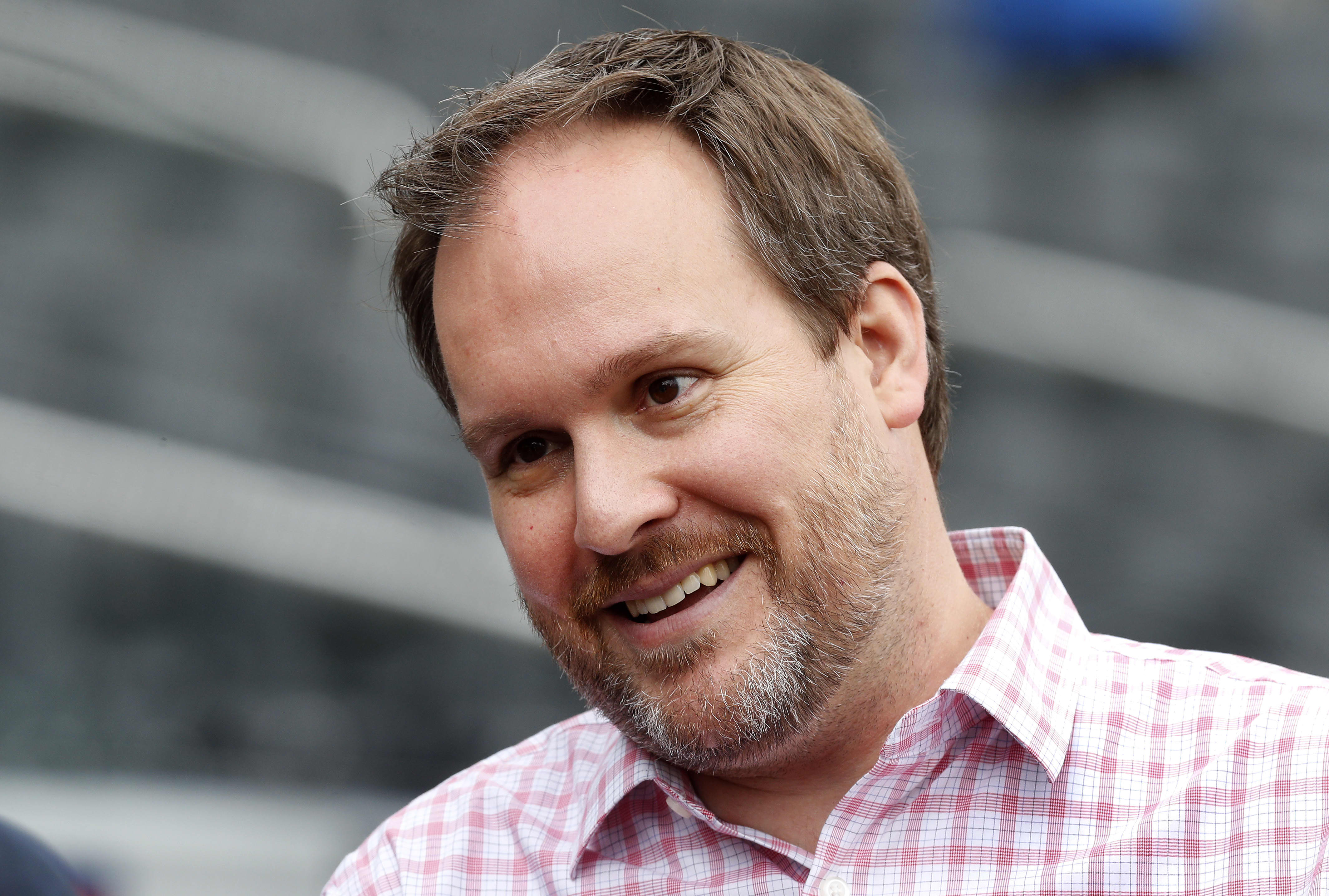 Acting general manager Zack Scott of the New York Mets looks on during batting practice prior to a game against the San Diego Padres at Citi Field on June 11, 2021 in New York City.Jim McIsaac | Getty ImagesNew York Mets acting General Manager Zack Scott was arrested on DUI and other charges and has been barred from traveling with the Major League Baseball team for now as a result.Court documents show that Scott, 44, was arrested at 4:30 a.m. Tuesday by police in White Plains, New York, in Westchester County, after being found stopped in his 2018 Toyota. Scott lives in the nearby suburb of Rye.Scott on Monday night had been at the Connecticut home of Mets owner Steve Cohen, the controversial former hedge-fund operator, for a charity event to benefit the Amazin’ Mets Foundation, according to a team spokesman.That soiree at Cohen’s residence ended at between 8:30 p.m. and 9 p.m. — up to eight hours before police found Scott in his car in downtown White Plains, less than one-quarter mile away from the police department.In addition to being charged with driving while intoxicated, which is a misdemeanor, Scott was issued a traffic ticket for allegedly “stopping/standing/parking on highway,” disobeying a traffic control device, and failing to notify the Department of Motor Vehicles about a change in address.Scott is due to appear Thursday morning in White Plains City Court.”We were surprised and deeply disappointed to learn this morning about an alleged DUI involving Zack Scott,” the Mets said in a Twitter post.”We take this matter very seriously.  Zack will not be traveling with the team for our upcoming road trip while we learn more and determine next steps.”The club’s front office has been embroiled in scandal for much of Cohen’s brief tenure so far as owner.Scott replaced former GM Jared Porter, who was fired in January after he admitted sending unsolicited, explicit text messages to a female reporter when he worked for the Chicago Cubs in 2016.Cohen bought the Mets in September 2020 and quickly set out to spend money to make the team competitive.The Mets signed shortstop Francisco Lindor to a 10-year, $341 million deal, one of the biggest contracts in baseball history.Cohen has been outspoken about the Mets on Twitter.He criticized his team’s sputtering offense last month.”It’s hard to understand how professional hitters can be this unproductive,” Cohen wrote in an Aug. 18 tweet.News of Scott’s arrest follows an embarrassing skid for a Mets team that entered the season with hopes of contending for a divisional title, if not more.After stumbling to a 9-19 record in August, the Mets sit third in the NL East division at 65-67.Tensions came to a head Sunday, when struggling stars Lindor and Javier Baez gave a thumbs-down gesture to fans during a home win over the Washington Nationals.Baez later said the players were responding to booing.