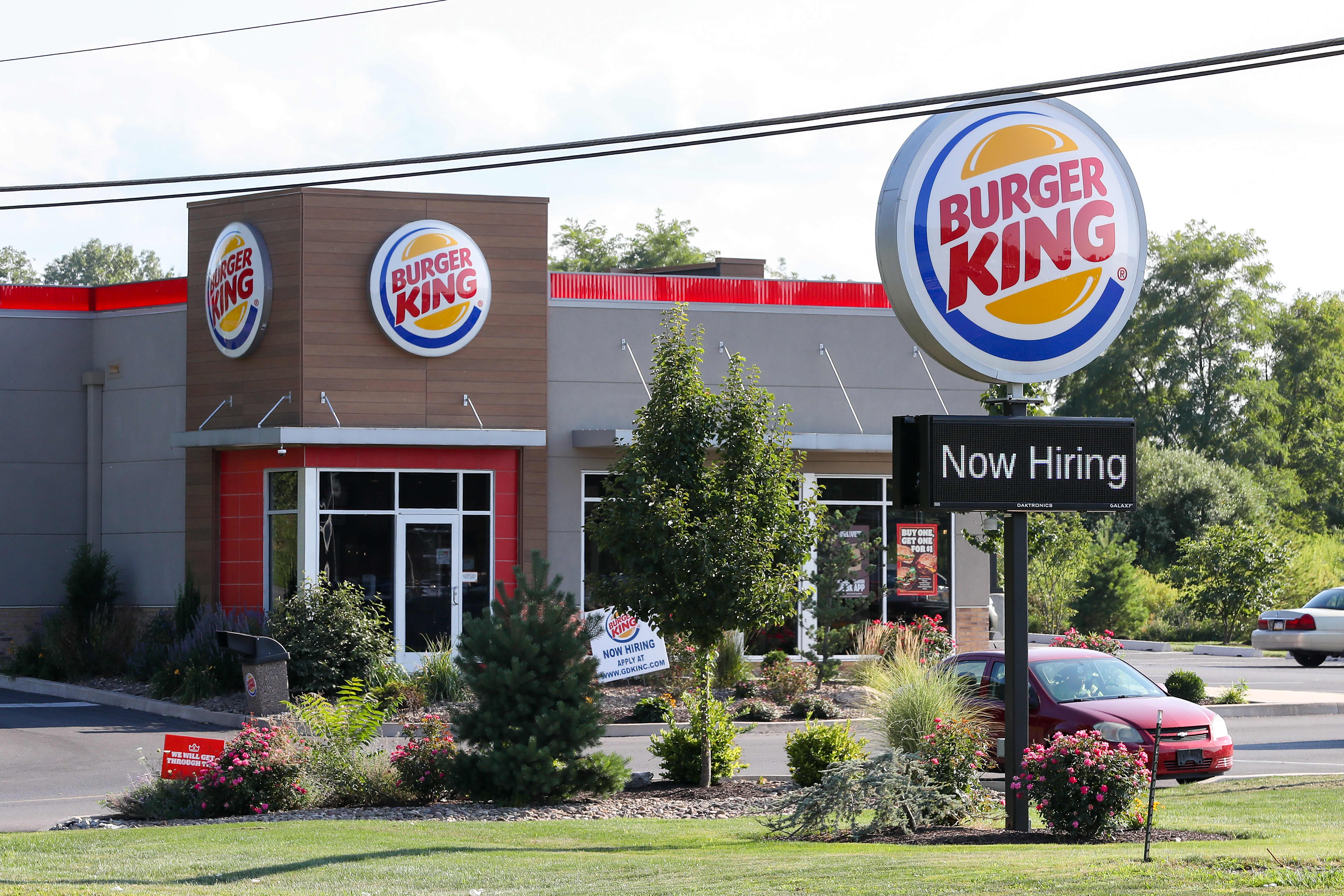 A Burger King restaurant seen in Milton, Pennsylvania.Paul Weaver | SOPA Images | LightRocket | Getty ImagesBurger King is taking its rewards program nationwide amid a broader push from the Restaurant Brands International chain to invigorate its U.S. business.The chain is on track to have two-thirds of its U.S. footprint offer the loyalty program in restaurants by the end of September. The program is already nationwide for orders placed through its mobile app and website.The Royal Perks program gives customers 10 “crowns” for every $1 spent at the chain’s restaurants. Members can redeem their points across the majority of the menu and will receive free daily perks, like upsizing drinks or fries.Burger King’s North American Chief Marketing Officer Ellie Doty said that the first wave of members has predominantly been customers who have already been using its app and website. With the restaurant-level launch, it’s hoping to draw in frequent consumers who prefer to order via the drive-thru lane or counter. Doty declined to provide Burger King’s current membership total.The pandemic has accelerated the online ordering boom for restaurants, pushing McDonald’s, Wendy’s and now Burger King to roll out rewards programs. In the year ended March 2021, digital orders surged 124%, according to market researcher the NPD Group. Loyalty programs from such names as Starbucks and Chipotle Mexican Grill help those companies grow their base of app users, learn more about their customers and encourage more frequent visits. “I think especially as we’ve all gone through the pandemic, we know that a lot of digital-enabled behaviors really ramped up very quickly, and we think this is one that we believe will stay,” Doty said. “Guests are really seeing the ease and benefits of being a part of loyalty programs.”The loyalty program also comes as Burger King tries to keep up with its competitors. In its latest quarter, Burger King reported U.S. same-store sales growth of 13%. A year ago, its U.S. same-store sales fell 9.9% as stay-at-home orders hit demand. Rivals like McDonald’s and Wendy’s have seen even higher revenue growth in recent months, rebounding from the pandemic even stronger than Burger King. Restaurant Brands CEO Jose Cil told analysts on the conference call in July that the chain needs to work on its focus and pace.”We haven’t put enough focus on the few priorities that will have the biggest impact, and we haven’t moved fast enough on these priorities to accelerate the business performance to the level we know we’re capable of,” he said.In August, Burger King tapped Tom Curtis as its new head of U.S. and Canada. Curtis, a longtime Domino’s Pizza executive, joined the burger chain several months prior as chief operating officer.Shares of RBI have risen 5% this year, giving it a market value of $29.9 billion. While Burger King’s sister chain Popeyes has held onto the strong sales it started generating with the launch of its famous chicken sandwich, Restaurant Brand’s third chain, Tim Hortons, has struggled in its home market of Canada.