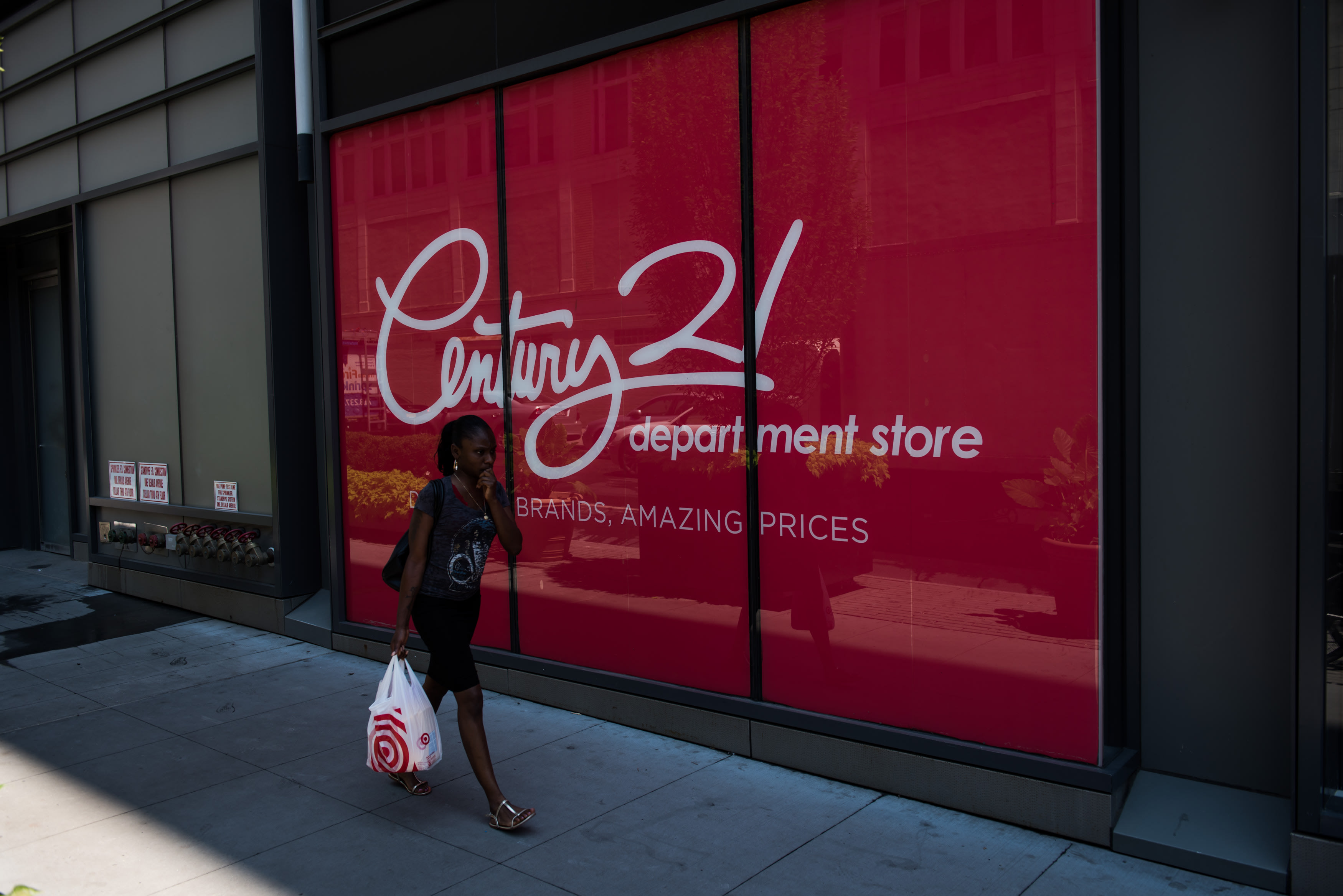 A shopper walks past Century 21 department store signage displayed at City Point in the Brooklyn borough of New York, U.S., on Wednesday, July 19, 2017.Mark Kauzlarich | Bloomberg | Getty ImagesThe discount department store chain Century 21 has filed for Chapter 11 bankruptcy protection and is closing all of its remaining 13 stores, it announced Thursday, joining the dozens of other retailers that have been pushed to the brink during the pandemic. It said the decision stemmed from its insurance providers declining to pay roughly $175 million due in policies to protect Century 21 from the losses it has suffered throughout the coronavirus pandemic. “While insurance money helped us to rebuild after suffering the devastating impact of 9/11, we now have no viable alternative but to begin the closure of our beloved family business because our insurers, to whom we have paid significant premiums every year for protection against unforeseen circumstances like we are experiencing today, have turned their backs on us at this most critical time,” its co-CEO Raymond Gindi said in a press release. The company added it will be removing a lawsuit currently pending in New York against several of its insurance providers for failing to compensate the company for its losses. The American Property Casuality Insurance Association has said that pandemic outbreaks are “uninsurable.” Insurance regulators approved exceptions for viruses after the SARS outbreak. Century 21, known for its great deals on clothes and accessories, opened its first location in 1961 in downtown Manhattan in New York, and also has locations in New Jersey, Pennsylvania and Florida. It said going-out-of-business sales have commenced at all of its shops and online. Proskauer Rose is serving as Century 21’s legal counsel. BRG is its financial advisor, with Brian Cashman leading as Century 21’s chief restructuring officer. Hilco Merchant Resources is facilitating the going-out-of-business sales. Lockdowns and stay-at-home orders aimed at halting the spread of the Covid-19 virus forced nonessential retailers like Century 21 to temporarily close their doors. That heightened the pain the industry was already feeling from shifting consumer habits. Among the companies that have filed for bankruptcy during the pandemic are J.C. Penney, Loft owner Ascena Retail Group, True Religion and Lucky Brand.