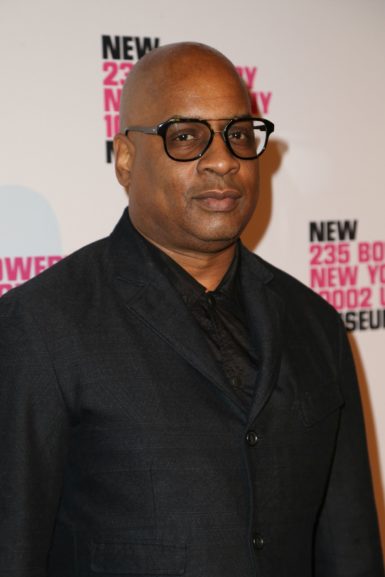 Artist Glenn Ligon, who’s known for paintings and sculptures that ponder the political implications of text, has joined the roster of Hauser & Wirth gallery, which has locations in New York, Los Angeles, and Hong Kong as well as England (London and Somerset) and Switzerland (Zurich, St. Moritz, and Gstaad). The news was first announced in the Baer Faxt, an art-industry newsletter published by Josh Baer.

Luhring Augustine in New York, which has shown Ligon since 2009, will no longer represent the artist. Regen Projects, which shows Ligon’s work in Los Angeles, will continue representing the artist alongside Hauser & Wirth, a representative of Regen Projects confirmed. A representative for Thomas Dane Gallery, which has spaces in London and Naples and currently lists Ligon on its roster, did not immediately respond to request for comment

For the past few decades, Ligon has made incisive works that pick apart the sociopolitical context of simple linguistic statements, mining them in the process for the race- and gender-related meanings hidden within them. His work has often taken the form of textual excerpts of phrases screen-printed onto stark backgrounds; their words typically become blurred or disturbed through Ligon’s process.

In recent years, Ligon has become well-known for his neon works. The first neon sculptures, made during the mid-2000s, feature the word “AMERICA” in various arrangements where the word seems to flicker or otherwise appears to flip upside down. “It’s this sense of America as a shining beacon and dark star at the same time,” Ligon told ARTnews in 2011. One such work currently hangs in the lobby of the Whitney Museum in New York. Another neon work, Some Black Parisians, featuring the names of of black women who acted as models for modernist artists, now looms over the lobby of the Musée d’Orsay in Paris, as part of an exhibition about the black model in art from the late 19th and early 20th centuries.

Ligon’s work has been the subject of numerous solo exhibitions, including a retrospective that debuted in 2011 at the Whitney and traveled to the Los Angeles County Museum of Art and the Modern Art Museum of Fort Worth in Texas. His work was included in the 1991 and 1993 editions of the Whitney Biennial, the 1997 Venice Biennale, and the 2007 edition of Documenta.

Correction 4/4/19, 5:10 p.m.: An earlier version of this article misstated details about Luhring Augustine’s representation of Ligon. The gallery had shown him since 2009, not 2012. The post has been updated to reflect this.