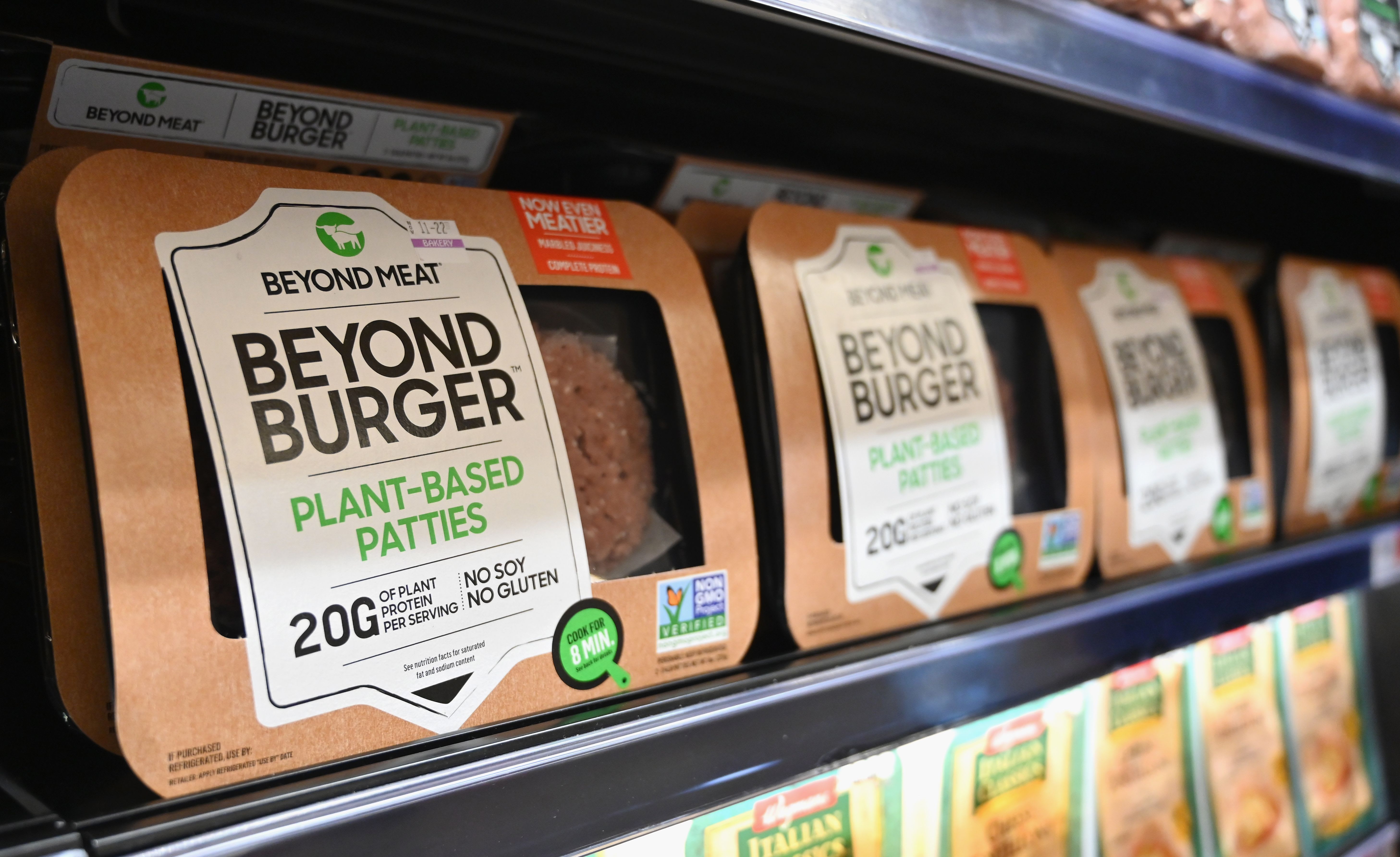 Beyond Meat “Beyond Burger” patties made from plant-based substitutes for meat products sit on a shelf for sale on November 15, 2019 in New York City.Angela Weiss | AFP | Getty ImagesBeyond Meat announced Tuesday that Alibaba’s Freshippo grocery stores would start selling its meatless burger patties, marking its entry into supermarkets in mainland China. The maker of meat alternatives first entered mainland China in April through a partnership with Starbucks. Yum China’s KFC, Taco Bell and Pizza Hut also sell Beyond Meat products in several Chinese cities.Beyond Burgers will be available at 50 Freshippo locations in Shanghai starting Saturday. By September, the patties will also be available at an additional 48 locations in Beijing and Hangzhou.”We know that retail will be a critical part of our success in China, and we’re pleased to mark this early milestone within a few months of our market entry,” CEO Ethan Brown said in a statement.Shares of Beyond closed Tuesday up 1.9% at $133.98. The stock, which has a market value of $8.34 billion, has risen 77% so far in 2020.

Rise in nationalism could lead to an even deadlier pandemic: Professor
Tesla tops Toyota to become largest automaker by market value
To Top
error: Content is protected !!