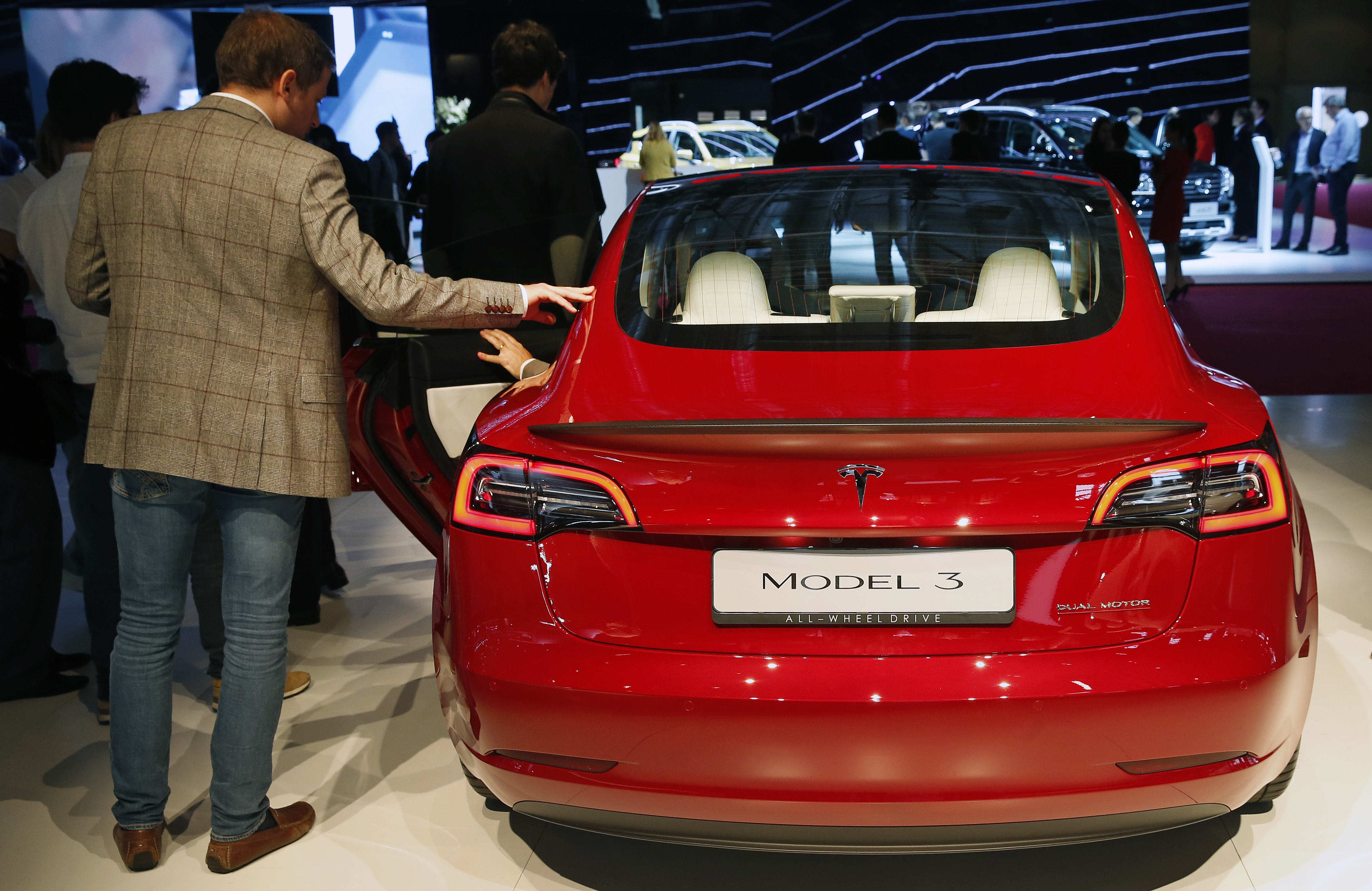 GP: A Tesla Model 3 automobile is on display during the first press day of the Paris Motor Show at the Parc des Expositions at the Porte de Versailles on October 2, 2018 in Paris. The Paris Motor Show will present the latest models from the world’s leading car manufacturers at the Paris Expo Exhibition Center from October 4 to 14, 2018.Chesnot | Getty Images News | Getty ImagesTesla became the world’s most valuable automaker on Wednesday, after the electric vehicle company’s market capitalization surpassed Toyota’s for the first time on record.Shares of Tesla gained 5% to hit a new all-time high of $1,135, giving the company a valuation of roughly $206.5 billion, compared with Toyota’s valuation of about $202 billion.The milestone underscores the vast investor enthusiasm for Elon Musk’s automaker, which has yet to turn a profit on an annual basis. The stock has more than doubled this year, surging 170%, as investors continue to pile into the name.While Tesla may have exceeded Toyota on one metric, on actual car production it lags the Japan-based company by a wide margin.For the period ending March 31, Tesla said it produced about 103,000 vehicles total, including 15,390 Model S and X, and 87,282 Model 3 and Model Y vehicles. In the same period, Toyota produced 2.4 million vehicles.Additionally, when looking at each company’s enterprise value, which means including debt, Toyota’s $290 billion value exceeds Tesla’s $252 billion, according to FactSet data through March.While investors have sent shares soaring, some on the Street believe the stock, which trades at more than 300 times full-year earnings, isn’t supported by the underlying fundamentals.”We continue to be cautious on Tesla, but anything EV related is red-hot for investors now and there is a scarcity of ways to invest in the theme, thus we see the stock continuing to ‘work’ near-term despite our caution on competitive positioning over time and valuation,” Cowen analyst Jeffrey Osborne said in a note to clients Tuesday night, while reiterating his underperform rating on the stock.- CNBC’s Michael Wayland contributed reporting.Subscribe to CNBC PRO for exclusive insights and analysis, and live business day programming from around the world.