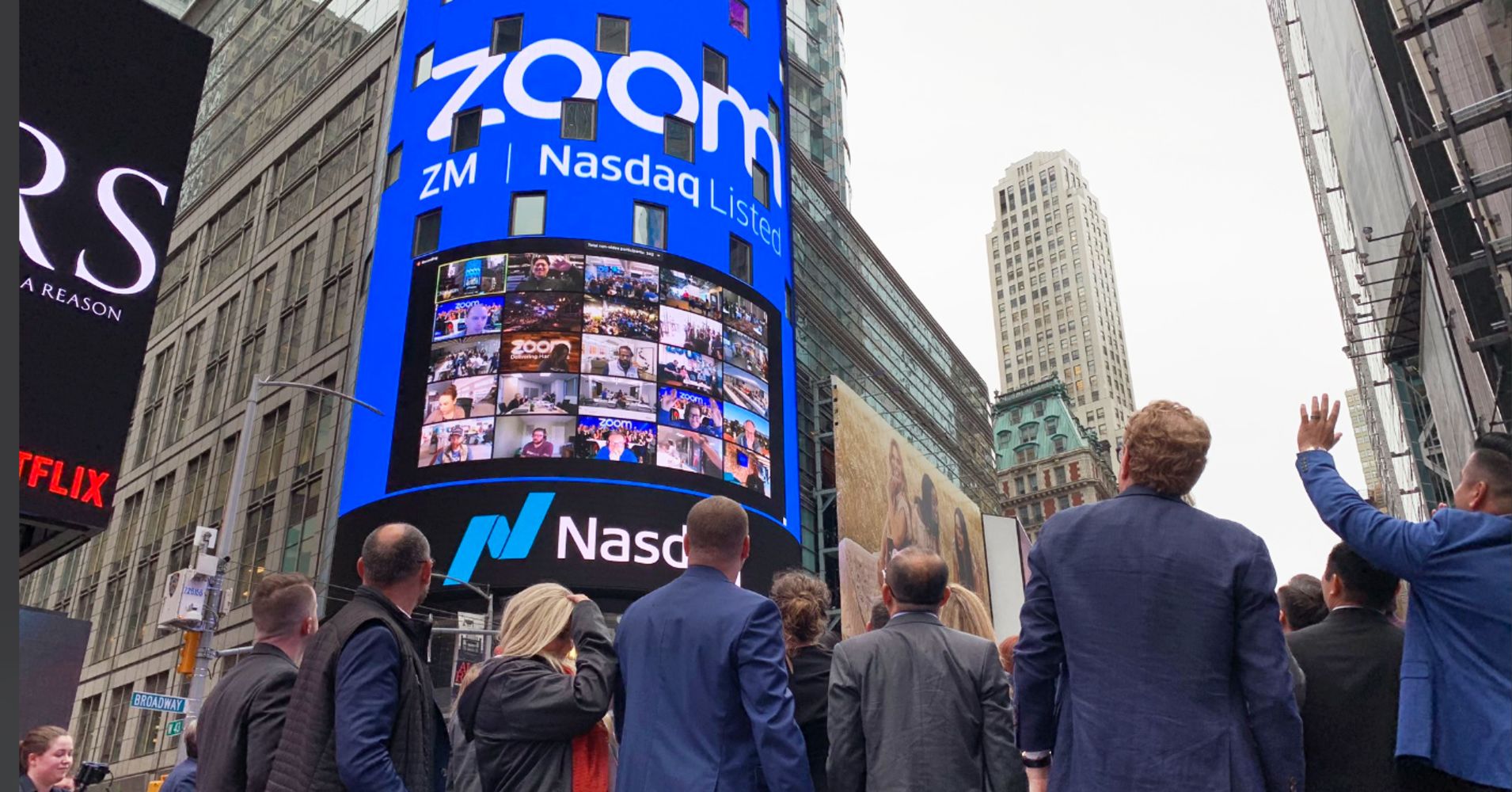 When it comes to emerging tech companies, investors are clearly rewarding growth and profitability above all else.

Videoconferencing company Zoom and social media site Pinterest both debuted on the public markets today and immediately rallied from their IPO prices. But Zoom went up significantly more, giving it an early valuation of $16.7 billion, topping Pinterest’s market capitalization of nearly $13 billion.

That’s a surprising development considering that Zoom is less than half the size of Pinterest, based on the latest full year of sales. Zoom reported revenue of $330.5 million, while Pinterest generated sales of $755.9 million. Pinterest generates revenue by selling ads, while Zoom sells its videoconferencing software to businesses, including 344 that spend over $100,000 a year.

Pinterest also has the much better-known brand, with 265 million monthly active users posting and looking at recipes, vacation pictures and photos of shoe collections.

But Zoom is growing faster: Sales grew 118% between the last two fiscal years, while Pinterest grew 60%.

Zoom is also profitable. It recorded $7.6 million in net income, while Pinterest had a net loss of $63 million.

“Zoom is that most unusual beast, which is a profitable IPO coming out of the tech sector,” said Roger McNamee, co-founder of investment firm Elevation Partners on CNBC on Thursday morning. “From a stock market point of view, that’s the one I find really compelling.”

By creating a product that’s spread rapidly in the corporate world without having to spend a ton on marketing, and by keeping development costs relatively low with a big development team in China, Zoom has reached profitability much faster than most tech companies.

Zoom also raised money at a much more measured pace than Pinterest and other high-profile tech start-ups such as Uber, Lyft and Slack. According to Crunchbase, Zoom raised $160 million as a private company while Pinterest raised about $1.5 billion.

That’s allowed founder Eric Yuan to keep ownership of about 20 percent of the company.

By contrast, Pinterest co-founder and CEO Ben Silbermann owns 11 percent of that company, and Evan Sharp, the other co-founder, controls 2.1 percent.