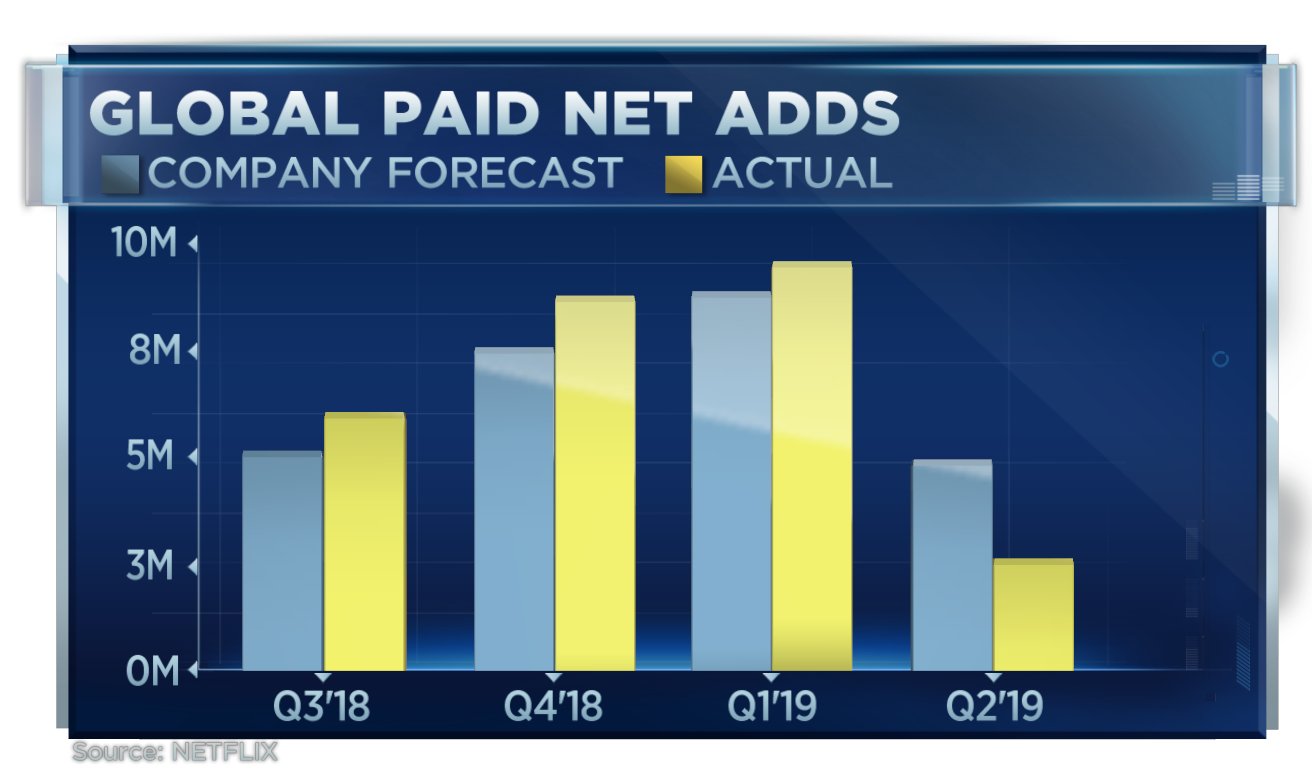 For the first time in eight years, Netflix reported a loss of paid domestic subscribers in its second quarter earnings release Wednesday.

The company reported a loss of 126,000 domestic paid subscribers compared to analysts’ estimates of a 352,000 subscriber gain, according to FactSet. Netflix shares were down 10% during premarket trading Thursday after the company missed its own forecast for global subscriber growth by 2.3 million.

The last time Netflix lost domestic subscribers was in 2011 after the company raised prices and tried to separate its streaming product from its DVD mailing service, sparking customer pushback.

Netflix said in its letter to shareholders that its missed forecast was most pronounced in regions that saw price increases. The company said it does not believe competitive forces were to blame since “competitive intensity and our penetration varied across regions (while our over-forecast was in every region).”

Netflix said it will have a more robust content slate in the third quarter to attract more subscribers, forecasting 7 million paid net adds and revenue of $5.25 billion. The company said its TV show “Stranger Things” has already had strong viewership for its latest season and anticipates new seasons of “The Crown” and “Orange is the New Black” will be similarly popular.

“There must be something about Q2 that makes it especially hard for Netflix to predict subs. Since 2016, they have missed their Q2 sub guidance three of four times,” Juenger wrote.

While Netflix’s subscriber loss in the U.S. is a rare one, its miss on international subscribers may be more troubling to investors since this represents its biggest growth opportunity. Netflix reported international net additions of 2.8 million subscribers compared to analyst estimates of 4.8 million, according to FactSet.

WATCH: Netflix’s DVD business is still alive and profitable — here’s what it looks like