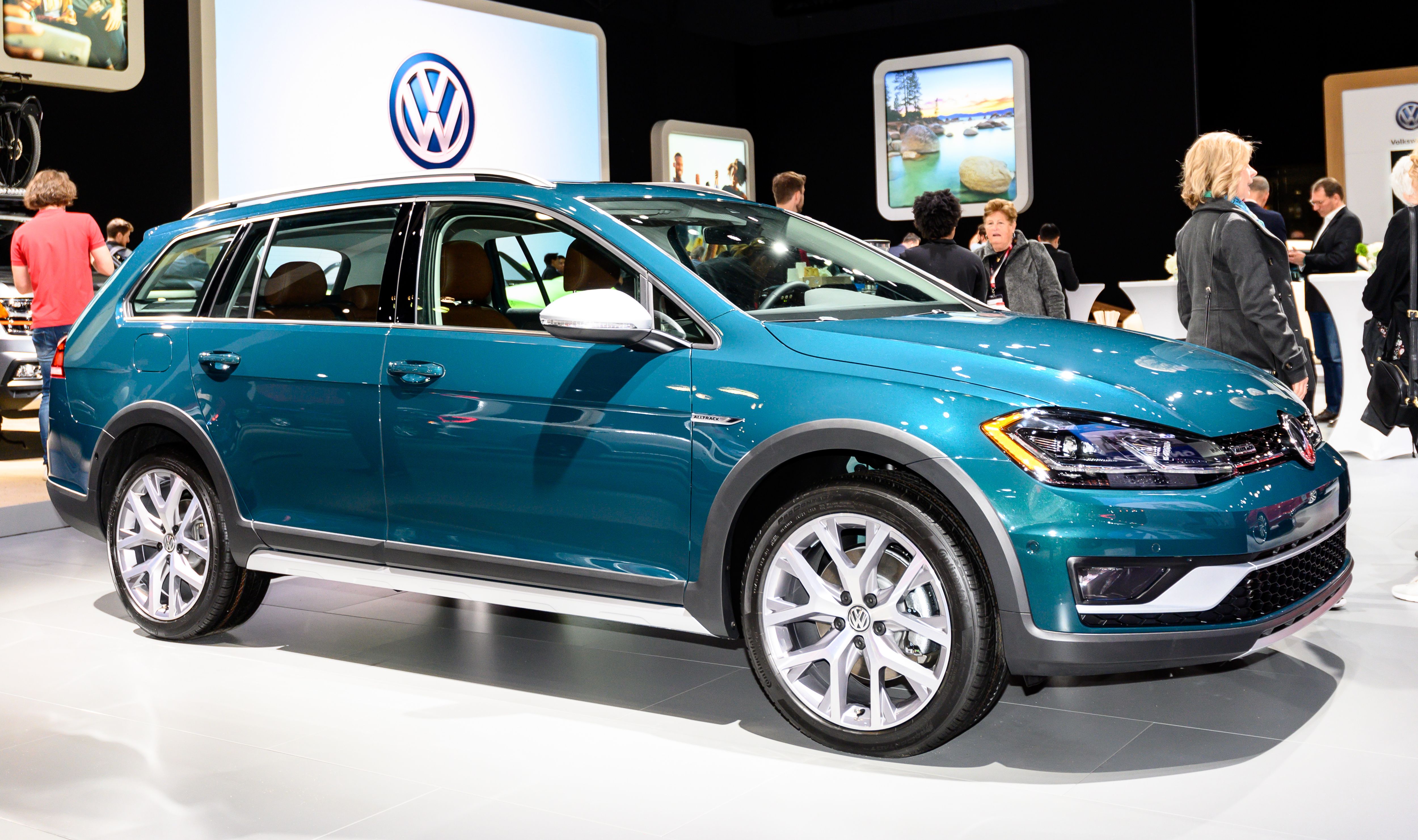 As it gets ready to wrap up the 2019 model-year, Volkswagen says it will drop both the Golf SportWagen and Golf Alltrack models from its lineup.

The move announced Wednesday comes as a major blow to station wagons, a body style that was ubiquitous in the years when Baby Boomers were still in knee pants, but which has all but vanished in today’s SUV-crazed market.

“SUVs have definitely assumed the mantle of family haulers from the station wagons and minivans we remember from our childhoods,” said Scott Keogh, the president and CEO of Volkswagen of America.”

The list of wagons has grown steadily thinner over the last several decades, with only one now offered by the Detroit-based manufacturers that produced them by the millions back in the 1950s, 1960s and into the 1970s. Buick has a station wagon it doesn’t even call a wagon, hoping it can generate more enthusiasm by dubbing it the Regal TourX.

Volvo, a brand long associated with wagons, has taken the same approach with some of its models. If you want the V60 it announced last year, you will have to special order the compact wagon. It has had more success by taking some models, boosting their height, adding SUV-style cladding and dubbing them with names like the V90 Cross Country.

The luxury market was one of the last bastions for wagon fans. But even there, the market is fading out. BMW decided not to bring the new wagon version of its updated 3-Series to the U.S. this year, and Jaguar is widely expected to phase out its XF Sportbrake which got little momentum out of using the British term for wagon.

Volkswagen had been intent on remaining in the segment but the sales numbers just couldn’t support a sound business case.

For all of 2018, the German automaker sold a grand total of just 14,123 Golf SportWagens, a 47% decline. Demand tumbled another 36% for the first seven months of this year, averaging out to barely 750 of the wagons a month. The Alltrack faced a similar decline.

By comparison, U.S. sales of Volkswagen’s various SUVs rose 12% through the end of July, despite the phase-out of the original Touareg model. And it is planning to add three more SUVs by 2021, including the five-seat Atlas Cross Sport, the all-electric ID. Crozz and a subcompact that has not yet been named.

“Consumers want utility vehicle and so, for the U.S. market, automakers are adding more of them while taking wagons away,” said Stephanie Brinley, principle auto analyst with IHS Markit.

There still are some options for wagon fans, including the Buick Regal TourX, Volvo V90 and, for the moment, the Jaguar XF Sportbrake. Mercedes-Benz offers several versions of the E-Class, including the high-performance AMG E63 S Wagon. Porsche has a wagon version of the four-door Panamera, the Sport Turismo, and Mini offer the Cooper Clubman /S.

But no manufacturer remains more committed to the body style than Subaru, with three different models: the Outback, Crosstrek and Impreza.

With the vultures circling around the Jaguar, observers are wondering which of these current offerings might be the next to fall by the side of the road. Analyst Brinley doesn’t see much life left in the segment, but she doesn’t think automakers are ready to give up entirely.

They’ve tried coming up with more appealing names, like TourX and Sportbrake. But they’ve also been tinkering with hybrid designs that are meant to blend the best of wagon and utility vehicle. So far, that hasn’t worked very well, models like the Accord CrossTour, Acura ZDX, BMW 5-Series GT and Toyota Venza failing to click with consumers.

“They haven’t found the right answer to that fill-in-the-gap question,” she said, “but they’re likely to keep trying.”

Why Netflix says it had a rare subscriber loss in Q2 2019
Southwest Airlines yanks Boeing 737 Max from schedules to November
To Top
error: Content is protected !!