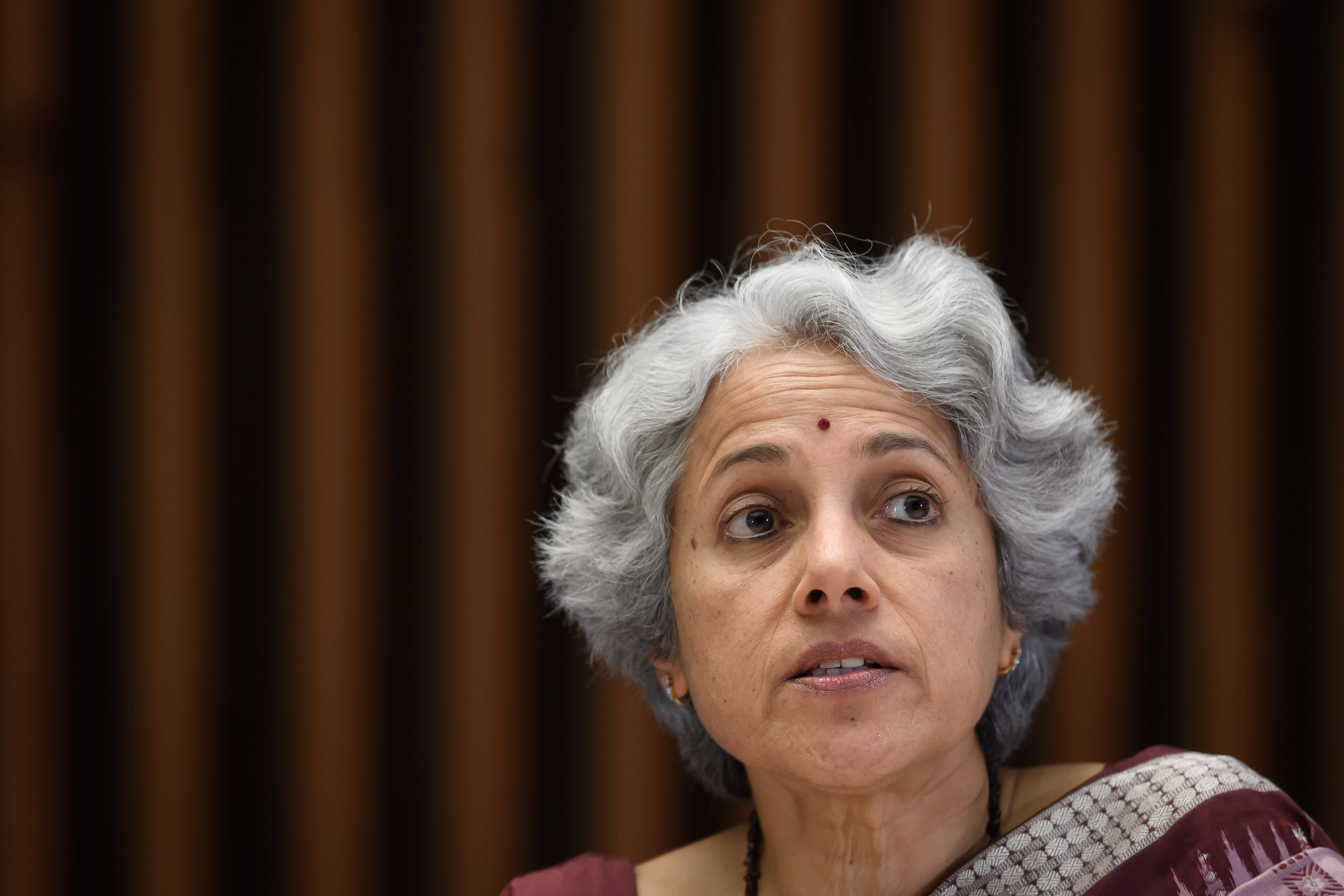 The World Health Organization said Tuesday that it is reviewing new evidence on whether the coronavirus can spread through particles in the air.The WHO has long said the virus is generally transmitted through large respiratory droplets generally when someone sneezes or coughs. The United Nations health agency warned in March that such droplets could be kicked up into the air where they might become airborne and linger in certain environments. “We have been talking about the possibility of airborne transmission, aerosol transmission, as one of the modes of transmission of Covid-19 as well as droplets,” said Dr. Maria Van Kerkhove, head of the WHO’s emerging diseases and zoonosis unit. “We will be issuing our brief in the coming weeks and that will outline everything that we have in this area.”The WHO’s remarks come after 239 scientists from 32 different countries published an open letter to the organization calling for it to update its information on the coronavirus.In an article entitled “It is Time to Address Airborne Transmission of COVID-19,” the group of scientists contend that the WHO needs to give more weight to the role of the airborne spread of Covid-19. The New York Times first reported the news Saturday.World Health Organization (WHO) Chief scientist Soumya Swaminathan on January 12, 2020 in Geneva.FABRICE COFFRINI | AFP via Getty Images”The body of evidence continues to grow and we adapt,” Dr. Soumya Swaminathan, the WHO’s chief scientist, said Tuesday. “We take this very seriously. We are of course focused on public health guidance.”Some scientists have criticized the WHO for being slow to issue guidance on the latest research into the coronavirus, which emerged in Wuhan, China, a little over seven months ago. The WHO has defended its guidance, saying that it’s transparent about its review process and applies healthy skepticism to research that has not been peer-reviewed.On some days, the WHO reviews up to 1,000 publications, officials said. A typical day might mean WHO researchers are combing through about 500 new studies on topics ranging from how the virus spreads to drugs to treat Covid-19.The WHO’s previous warning about airborne transmission was meant specifically for health-care workers who might be exposed to the virus in “an aerosol-generating procedure” that sends the virus-carrying particles into the air. The agency in March stopped short of saying this should be a concern for the general public.There is still not “definitive” evidence that indicates the virus is spreading widely by air, top WHO officials said Tuesday, but it is being closely investigated.”The possibility of airborne transmission in public settings, especially in very specific conditions crowded, closed, poorly ventilated settings that have been described cannot be ruled out,” Dr. Benedetta Allegranzi, the WHO’s technical lead for infection control, said Tuesday. “However, the evidence needs to be gathered and interpreted and we continue to support this.”If airborne transmission does prove to be a major factor in the spread of the outbreak, it could have wide-ranging policy consequences. Masks may prove to be even more important in reducing infections, especially in indoor environments and even in areas where physical distancing is possible. Specially outfitted ventilation units could become the norm in indoor spaces.Seven months into the pandemic, however, more research is needed into precisely how the virus spreads, the WHO said, and how officials can stop the spread.