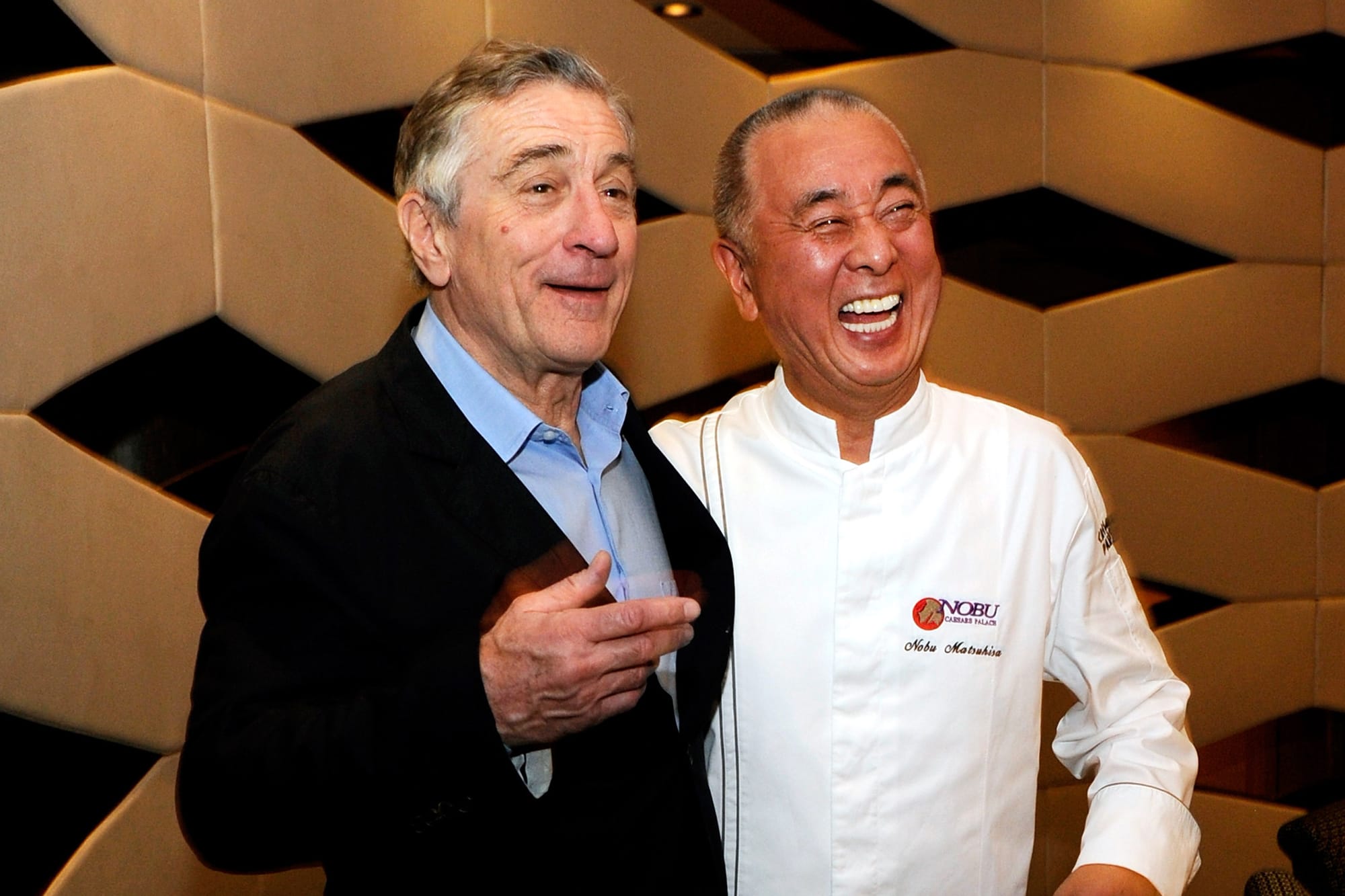 Robert De Niro (L) and chef Nobu Matsuhisa appear during a preview for the Nobu Restaurant and Lounge Caesars Palace on February 2, 2013 in Las Vegas.David Becker | Getty ImagesThe Nobu group of luxury sushi restaurants and hotels took 14 loans from the U.S. small business relief program for as much as $28 million, according to government filings.The chain, founded by actor Robert De Niro, celebrity chef Nobuyuki “Nobu” Matsuhisa and film producer Meir Teper, got funding for properties scattered across the country, from California to Texas and New York, according to data released Monday.Restaurants were among the biggest recipients of the Paycheck Protection Program, a key component of the government’s response to the economic impact of the coronavirus pandemic. The news that big, well-funded chains like Shake Shack and Ruth’s Hospitality Group had initially gotten loans set off a furor in April, prompting the administration to warn companies to make sure they qualified for the program.Specifically, Treasury Secretary Steven Mnuchin has said that the program wasn’t for companies that could reasonably tap other forms of capital, from equity markets to bank credit lines.The Nobu group appears to be one of the bigger beneficiaries of the program, getting at least $11 million and as much as $28 million. The disclosures give a range for the loan sizes, making a precise tally impossible. The New York Business Development Corporation was listed as the bank that processed the loans.Emails to Nobu representatives weren’t immediately returned.The data release, which revealed the broad nature of the $660 billion PPP effort, comes after Mnuchin initially resisted calls to disclose recipients in the program, saying that the information was “proprietary.” Since it began in April, the effort has drawn attention, first for technical issues amid a mad scramble for access, and later when it was revealed that big companies took advantage of the emergency aid.The administration eventually relented, saying it would disclose the identities of companies that received at least $150,000 in the program. While those bigger loans account for the majority of total dollars in the program, more than 85% of the loan participants requested less than $150,000, effectively shielding those companies from scrutiny.Other recipients of multimillion-dollar loans included franchisees of chains including P.F. Chang’s and Five Guys hamburgers. Australian-inspired cafe business Bluestone Lane was awarded a loan worth between $5 million and $10 million.Franchisees of McDonald’s and Wendy’s appeared throughout the massive list and in some cases secured loans north of $150,000. The Southern California Pizza Company, which operates 224 Pizza Hut locations on the West Coast, got $5 million to $10 million, despite being owned by private equity as of 2012. Companies returned more than $30 billion in loans after Mnuchin chided organizations like the Los Angeles Lakers for tapping the program. But the government is also withholding the identities of companies that returned funds.