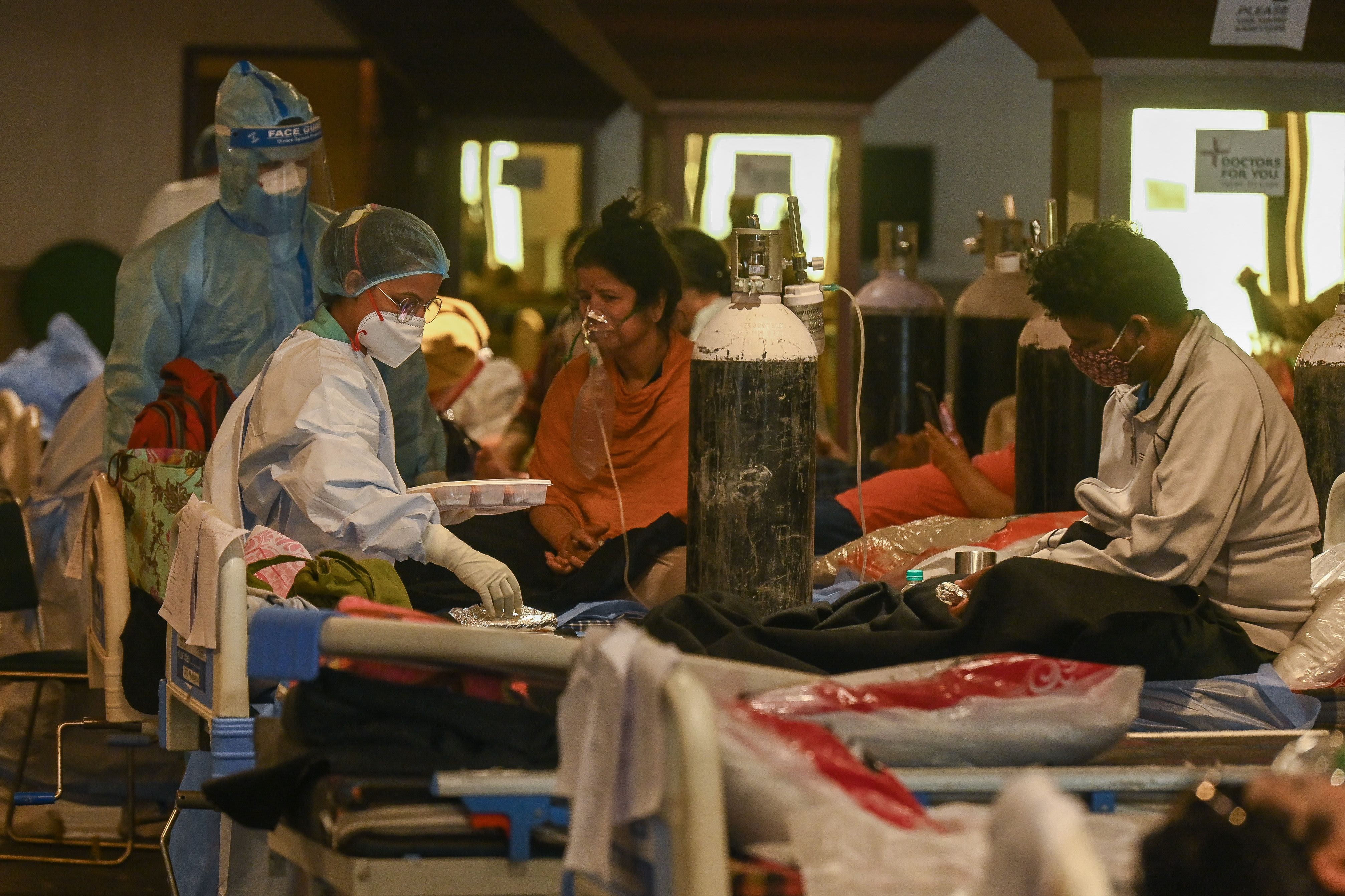 Health workers wearing personal protective equipment attend to Covid-19 patients inside a banquet hall temporarily converted into a Covid care center in New Delhi on May 7, 2021.Prakash Singh | AFP | Getty ImagesIndia is grappling with a devastating second wave of coronavirus that’s far more fatal than the first — and scientists say the surge could be partially due to mutating strains.The World Health Organization just reclassified the B.1.617 strain, which was first identified in India, as a “variant of concern” — which indicates that the variant has the “highest public health implications.”India is the world’s second worst hit country, reporting more than 22.66 million infections and more than 246,000 deaths to date, data from India’s health ministry shows. Experts say the numbers are likely severely underreported as many never make it to the hospitals which have run out of beds and oxygen.What do we know?The earliest samples of the B.1.617 were detected in India in October, and authorities announced in March this year that the variant had become more common in the state of Maharashtra.The World Health Organization said Monday that it is reclassifying the strain as a “variant of concern.” It was previously named a “variant of interest,” which is a lower level of alert.Dr. Maria Van Kerkhove, Covid-19 technical lead at the WHO, said there is information suggesting that B.1.617 has “increased transmissibility” and “some reduced neutralization.”Variants of concern are more contagious, cause more severe disease or reduce the effectiveness of public health measures, vaccines or medication, according to the UN health agency.”We don’t have anything to suggest that our diagnostics, our therapeutics and our vaccines don’t work,” she said at a media briefing on Monday.Other variants of concern include the B.1.1.7 which was first identified in the United Kingdom, and the B.1.351 which was discovered in South Africa.The threshold for determining a variant of interest is relatively low compared to the classification of a variant of concern, the WHO said.According to Gisaid, a platform where countries can share data on viruses, the B.1.617 strain from India has been detected in about 40 countries, including the U.S., U.K. and Singapore.Did it trigger India’s second wave?There are several factors that led to the sharp spike in India’s Covid-19 cases — and mutating variants is just one of them.The WHO said multiple variants circulating in India are demonstrating increased transmissibility, but B.1.617 has a higher growth rate.We turned our back on the virus, but the virus did not turn its back on us. And now we are paying the price.K Srinath Reddypresident, Public Health Foundation of IndiaB.1.617 has three sub-lineages, each with slightly different mutations, WHO said. As cases in India saw a “major upsurge,” the B.1.617.1 and B.1.617.2 lineages have become more prevalent, the health agency said.The variant has sometimes been referred to as a “double mutant” because it carries two mutations — the E484Q and L452R — that may make the virus more contagious and better at evading the body’s defenses. A third mutation in the variant, the P681R, can potentially lead to “enhanced transmission,” the WHO said.Virologists who spoke to CNBC said the terms “double mutation” or “triple mutation” are not scientifically accurate. Reports said the B.1.617 has more than a dozen mutations.However, mass election rallies and religious festivals that drew millions have also been blamed for so-called super spreader events that infected a lot of people, experts have said.K Srinath Reddy, president of the Public Health Foundation of India, said there was a widespread belief that the pandemic was over “forever” in January.”It appeared that the policymakers, the industry, as well as the public, were anxious to get back to normal life, put the economy back on rails, and really ignored the threat that was still there,” he told CNBC’s “Capital Connection” last week.”As I said, we turned our back on the virus, but the virus did not turn its back on us. And now we are paying the price,” Reddy said.Do vaccines work?BioNTech CEO Ugur Sahin told CNBC last month he is “confident” the company’s vaccine, which was developed together with U.S. drugmaker Pfizer, is effective against the variant from India.”We had similar double mutants in our prior testing, and we are confident based on the data we had in the past that we might see a similar fashion of neutralization of this virus,” he said, though BioNTech did not have sufficient data on B.1.617 at that point.The WHO also said preliminary laboratory studies found that 28 recipients of Covaxin were able to neutralize the B.1.617 variant. Covaxin is a vaccine developed by India’s Bharat Biotech and the state-run Indian Council of Medical Research.Former White House health policy director Dr. Kavita Patel said the current vaccines have “some effectiveness,” but that there have been “breakthrough infections” by the B.1.617 variant.”We’re very concerned. This is exactly the kind of set up for what we call ‘escape immunity’ — where the variant is so concerning and the body’s immune system can’t fight it,” she told CNBC’s “Squawk Box Asia” last week.— CNBC’s Saheli Roy Choudhury and Berkeley Lovelace Jr. contributed to this report.Clarification: This story has been edited to clarify the attribution stating that the B.1.617 has more than a dozen mutations.