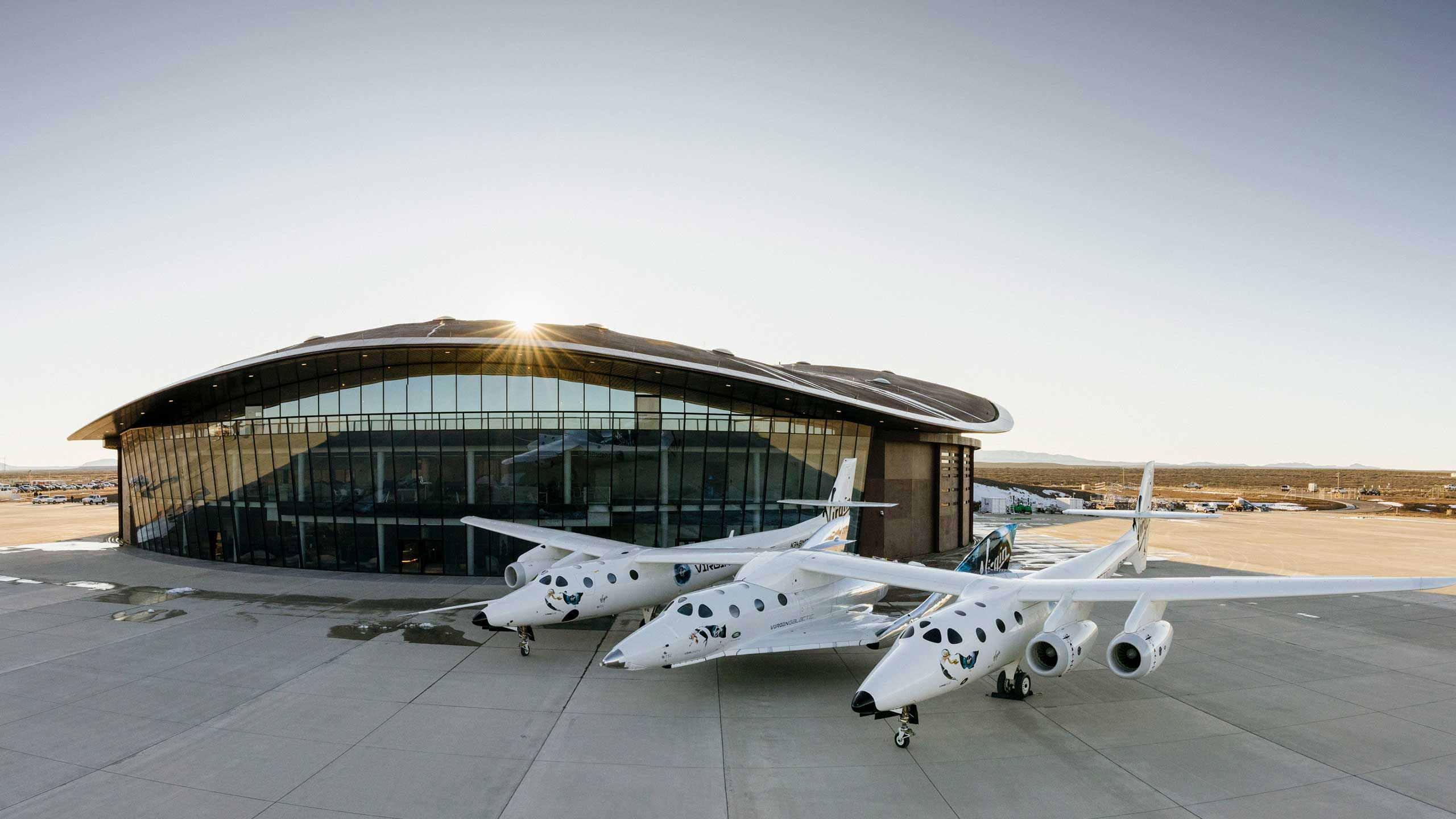 Virgin Galactic’s spacecraft outside Spaceport America in New Mexico.Virgin GalacticVirgin Galactic stock plummeted and then recovered amid heavy trading volume on Tuesday, with the company’s next spaceflight test – and its broader path to beginning commercial flights – possibly delayed further.The space tourism company gave an update on progress toward a repeat of the spaceflight test that was aborted mid-flight in December. While the company says repair work on an issue with its spacecraft, VSS Unity, is now complete, an unexpected possible maintenance issue with carrier aircraft VMS Eve was identified after test flights last week.Virgin Galactic said the issue was scheduled for maintenance this October, but the company is analyzing whether it needs to conduct the maintenance now – which would likely further delay its spaceflight testing timeline. The company planned to redo the spaceflight in May, but now says timing is “currently being evaluated.””We will report back to the market next week with an update on schedule implications to our next flight,” Virgin Galactic president of space missions and safety Mike Moses said during the company’s conference call.Virgin Galactic’s stock fell as much as 20% to begin trading, before regaining all of the losses to trade just barely positive. The stock — halted by the New York Stock Exchange for five minutes due to volatility shortly after the open — surpassed its daily average volume within the first half hour of trading on Tuesday.The drop’s lows brought Virgin Galactic’s stock to under $15 a share – its lowest level in nearly a year — further adding to share losses since hitting a high above $60 a share in February.Virgin Galactic has four test flights remaining before it completes development of its SpaceShipTwo system.In the meantime, stock losses have accelerated following delays to the first of those four spaceflights as well as stake sales by chairman Chamath Palihapitiya, founder Richard Branson and Cathie Wood’s new space exchange-traded fund. The stock also fell after Jeff Bezos’ venture Blue Origin announced plans to launch the first crewed flight of its space tourism rocket on July 20, a move which UBS warned likely removes Virgin Galactic’s first-mover advantage.The beginning of Virgin Galactic’s commercial service, forecast to begin in 2020 when the company completed its SPAC merger, was delayed to early 2022.Become a smarter investor with CNBC Pro.Get stock picks, analyst calls, exclusive interviews and access to CNBC TV. Sign up to start a free trial today.

WHO labels a Covid strain in India as a ‘variant of concern’ — here’s what we know
India hits another grim record as WHO says it accounted for half of last week’s reported cases
To Top
error: Content is protected !!