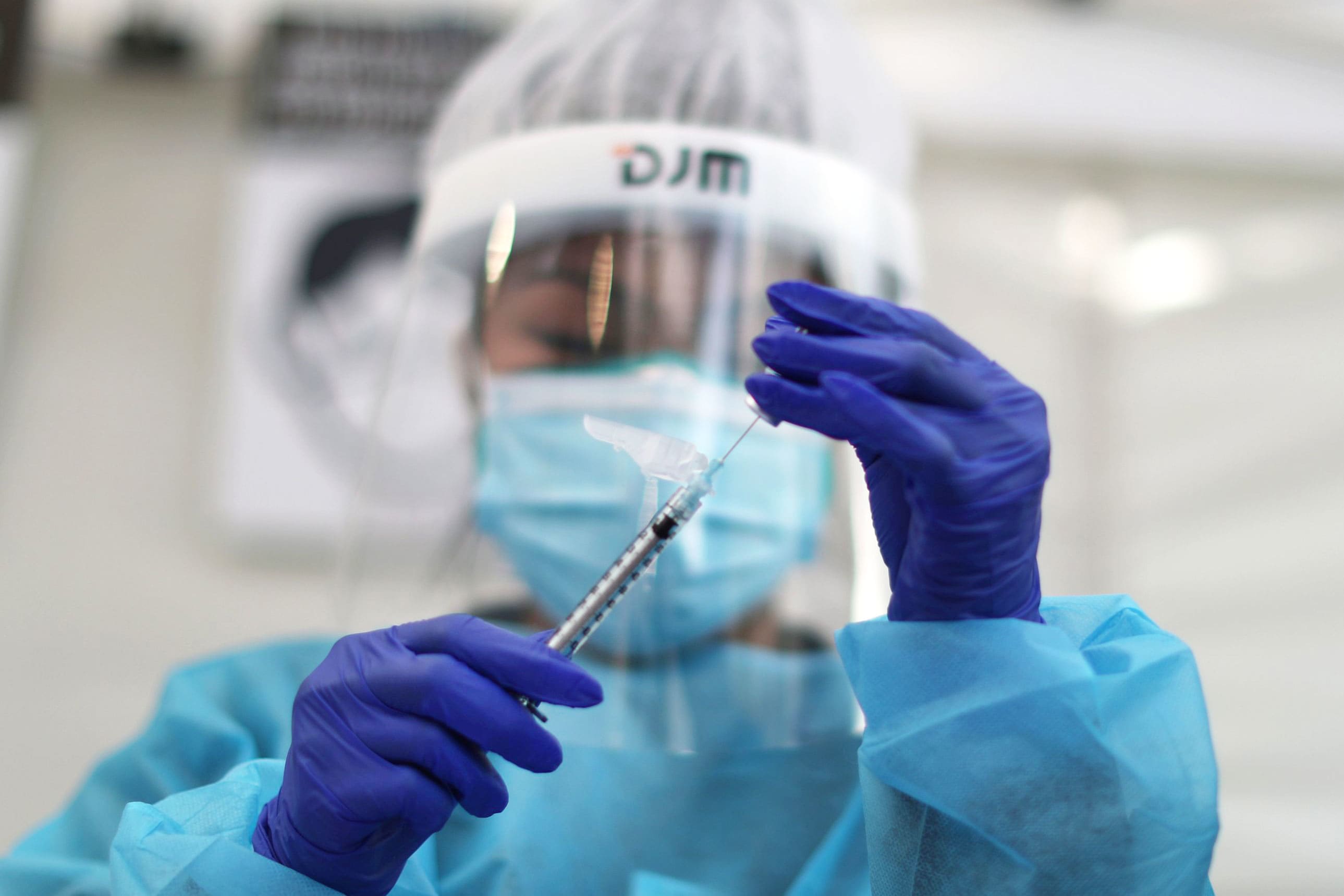 Healthcare workers prepare Pfizer coronavirus disease (COVID-19) vaccinations in Los Angeles, California, January 7, 2021.Lucy Nicholson | ReutersThe White House coronavirus task force said there could be a new variant of the virus that evolved in the U.S. and is driving spread, according to a document obtained by NBC News.The new variant, in addition to the U.K. variant, is already spreading in communities and may be 50% more transmissible, according to the report that was issued to states on Jan. 3. The task force said the recent spike in cases has been at nearly twice the rate seen in the spring and summer seasons, according to the report. The U.S. is recording at least 228,400 new Covid-19 cases and at least 2,760 virus-related deaths each day, based on a seven-day average calculated by CNBC using Johns Hopkins University data. The U.S. reported its deadliest day Thursday with more than 4,000 deaths. “This acceleration suggests there may be a USA variant that has evolved here, in addition to the UK variant that is already spreading in our communities and may be 50% more transmissible,” the report said. “Aggressive mitigation must be used to match a more aggressive virus; without uniform implementation of effective face masking (two or three ply and well-fitting) and strict social distancing, epidemics could quickly worsen as these variants spread and become predominant.”Representatives for the Centers for Disease Control and Prevention and the Department of Health and Human Services did not immediately return CNBC’s requests for comment.Few details were provided about the new U.S. strain in the report, including how long it has been circulating. In recent weeks, the U.S. has ramped up its genomic sequences to try and detect other strains.Public health officials were already worried about the arrival of a new strain of the virus found in the U.K., known as B.1.1.7.The CDC has identified at least 52 Covid-19 cases with the B.1.1.7 mutation in the U.S., according to data posted to the agency’s website last updated on Thursday. However, the CDC warns that their numbers “do not represent the total number of B.1.1.7 lineage cases that may be circulating in the United States” and may not match the figures reported by local officials.So far the CDC only shows California, Florida, New York, Colorado and Georgia with cases of the B.1.1.7 variant, but other states like Connecticut, Pennsylvania and Texas announced the arrival of the strain in their states on Thursday.Michael Osterholm, a member of President-elect Joe Biden’s Covid-19 advisory board, said Tuesday that the U.S. would likely see more new variants of the virus emerge.Osterholm, an epidemiologist and director of the Center for Infectious Disease Research and Policy at the University of Minnesota, said in an interview with CNBC that the strain that was discovered in the U.K. is “a very big concern.””And it’s the first of what will likely be a number of these strains that are emerging as we’re at this point in the pandemic,” he added.This is a developing story. Please check back for updates.