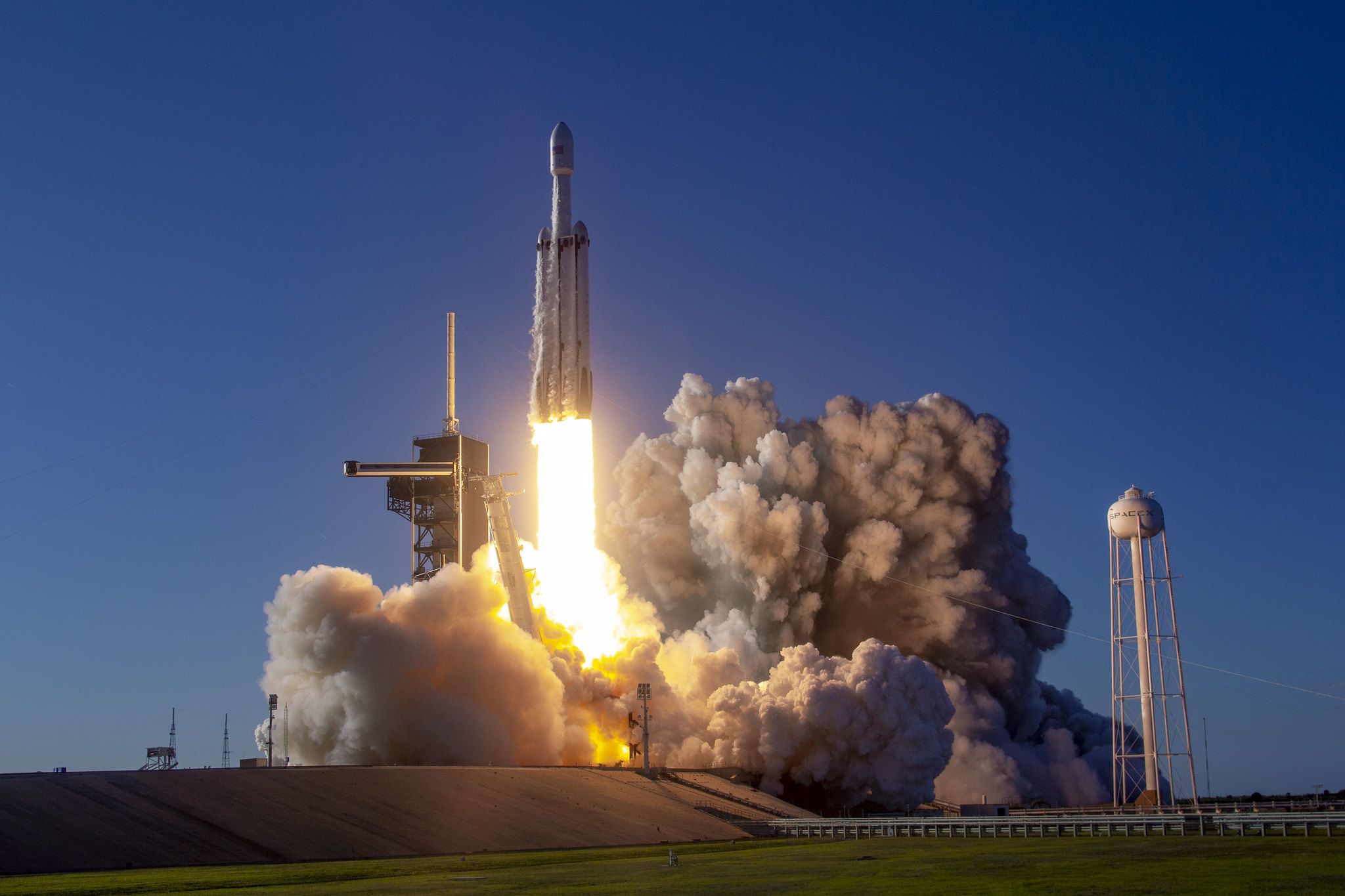 [The stream is slated to start at about 11 p.m. ET. Please refresh the page if you do not see a player above at that time.]

SpaceX is launching its massive Falcon Heavy rocket for the second time this year on Monday night in an experimental mission for the U.S. Air Force.

The rocket is delivering 24 spacecraft into three separate orbits, in what CEO Elon Musk called SpaceX’s “most difficult launch ever.” Lifting off from Kennedy Space Center in Florida, the mission will take about 3 1/2 hours to complete.

Falcon Heavy is the most powerful rocket in the world, with 27 engines to power the colossus. In essence, Falcon Heavy is three of SpaceX’s Falcon 9 rockets strapped together and strengthened.

SpaceX launches its Falcon Heavy for the Arabsat-6A mission.

A few minutes after liftoff, the two side boosters will each separate and return, aiming to land simultaneously on concrete pads back near the launch site. The center booster will attempt to land just after that on the company’s autonomous barge, positioned in the Atlantic Ocean.

The mission, called STP-2, or Space Test Program 2, is for the Department of Defense, to demonstrate Falcon Heavy’s capabilities for the U.S. military. Known informally as a “rideshare” mission, STP-2 is carrying two dozen experimental satellites and spacecraft for the DOD, NASA and NOAA as well as a handful of academic and nonprofit research programs. The Air Force’s Space and Missile System center is managing the mission, coordinating with the multiple partners for the flight.

The 90s are back. Here are the companies trying to cash in