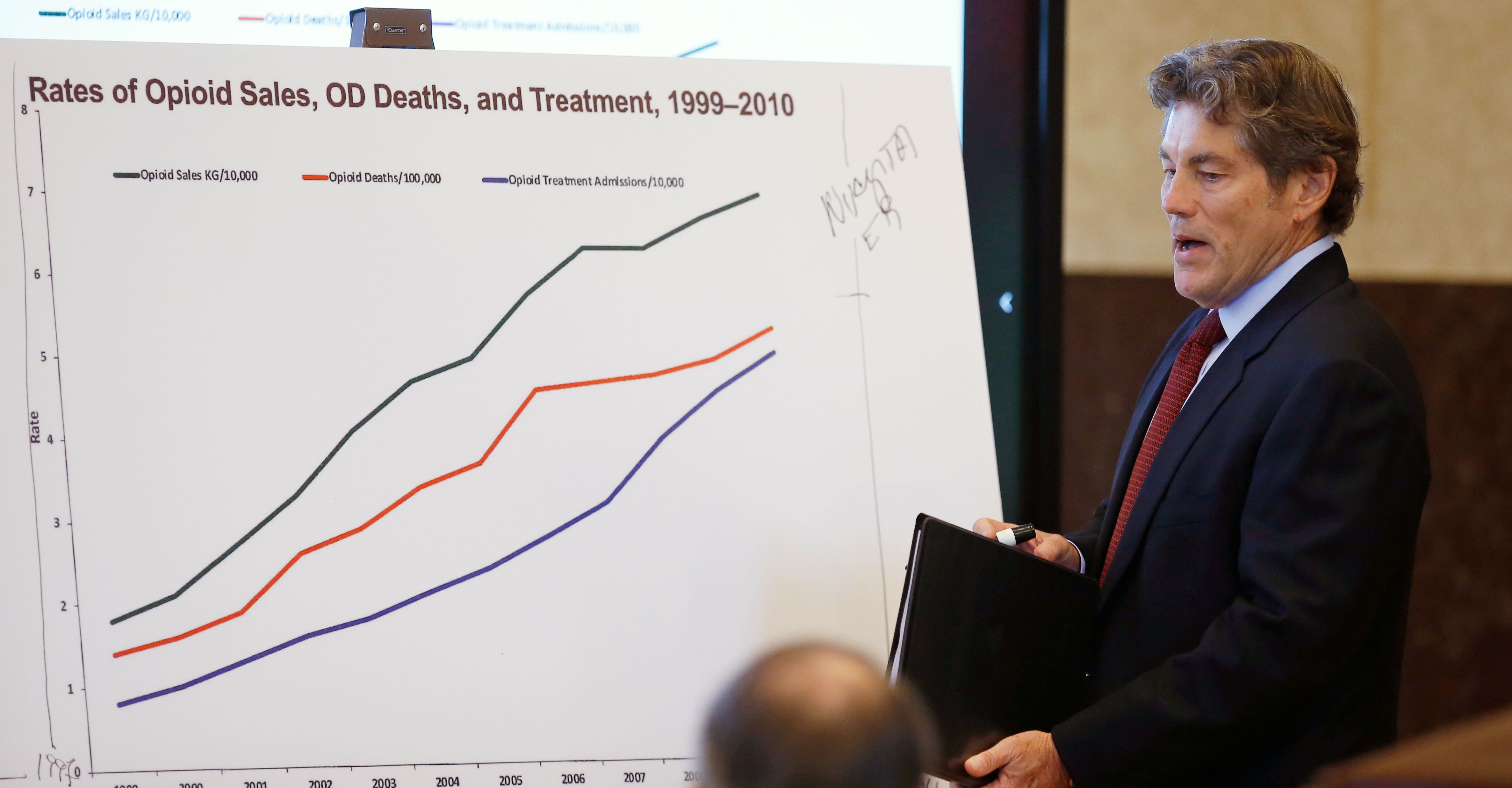 Defense attorney Larry Ottaway speaks during opening arguments on the first day of a trial of Johnson & Johnson over claims they engaged in deceptive marketing that contributed to the national opioid epidemic in Norman, Oklahoma, U.S. May 28, 2019.

Cleveland County District Judge Thad Balkman’s decision came after state legislative leaders argued an earlier agreement did not comply with new state laws. Teva had reached an agreement with the state of Oklahoma last month, just two days before the drugmaker was set to face a trial alongside Johnson & Johnson. OxyContin maker Purdue Pharma had previously settled similar charges against it, leaving J&J the lone defendant in the case.

The Oklahoma trial, which is ongoing, is seen as a sort of litmus test for plaintiffs in some 1,600 cases against Purdue Pharma and other opioid manufacturers that are being consolidated and transferred before a judge in the Northern District of Ohio. Oklahoma prosecutors claim the companies’ actions created an oversupply of painkillers and a public nuisance that will cost $12.7 billion to $17.5 billion to remedy.

As a part of the settlement, Teva did not admit to any wrongdoing. Teva didn’t immediately return a request for comment.

In March, Purdue and the Sacklers agreed to pay $270 million to Oklahoma to settle a lawsuit accusing the drugmaker of ruthlessly marketing and misleading the public about OxyContin. As a part of that agreement, Purdue agreed to contribute $102.5 million to fund the creation of a National Center for Addiction Studies at Oklahoma State University.

More than 130 people in the U.S. die every day from opioid overdoses, with about 47,000 people dying in 2017, according to data from the U.S. Centers for Disease Control and Prevention.