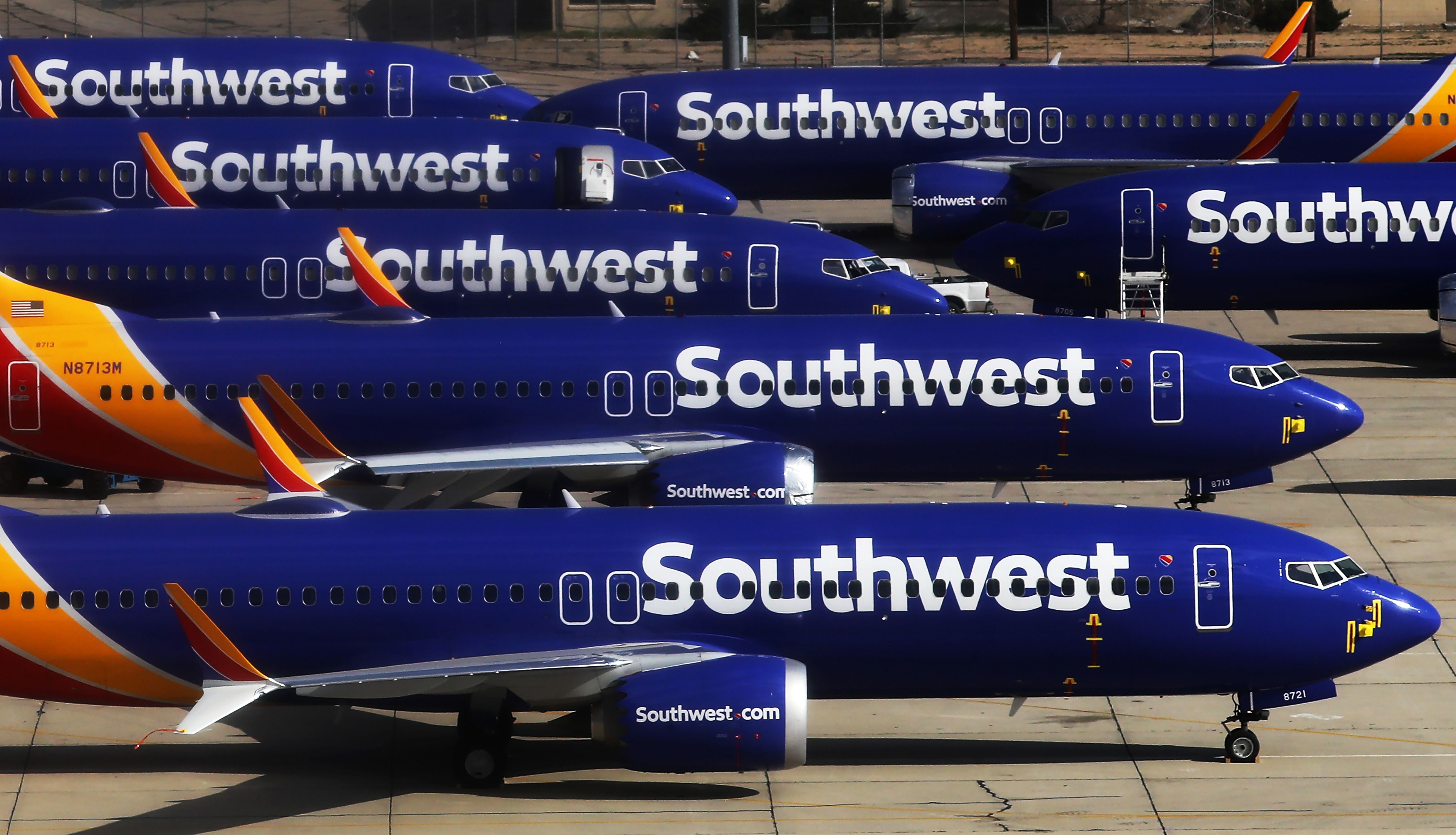 Uncertainty over when regulators will allow the Boeing 737 Max to fly again following two deadly crashes prompted Southwest Airlines, the largest U.S. operator of the jets, to remove them from its schedules through early November — a month longer than it estimated in late June.

Southwest said Thursday it will cancel about 180 flights a day out of about 4,000 flights because of the schedule change. Last month, the Dallas-based airline said it was targeting October for the planes’ return, which would have meant 150 daily flight cancellations.

The planes have been grounded since mid-March after two fatal crashes within five months killed 346 people.

The increase in flight cancellations shows how the impact of the protracted crisis over the 737 Max, an energy efficient version of Boeing’s workhorse jetliner that has been flying since the 1960s, is worsening for carriers.

Southwest, which has 34 of the 737 Max planes in its fleet of about 750 planes, is postponing pilot hiring and promotions due to the grounding, now in its fifth month.

Airlines have canceled thousands of flights because of the grounding during the peak summer travel season, and the continued uncertainty is now disrupting travel close to the busy Thanksgiving and Christmas holiday period.

Investigators in the two crashes have implicated a piece of anti-stall software on the planes. Boeing has developed a fix for the system, but regulators have not yet signed off on it or indicated when they will allow the planes to fly again.

VW pounds another nail in the coffin of the station wagon
2,000 hp, 200 mph at $2 million
To Top
error: Content is protected !!