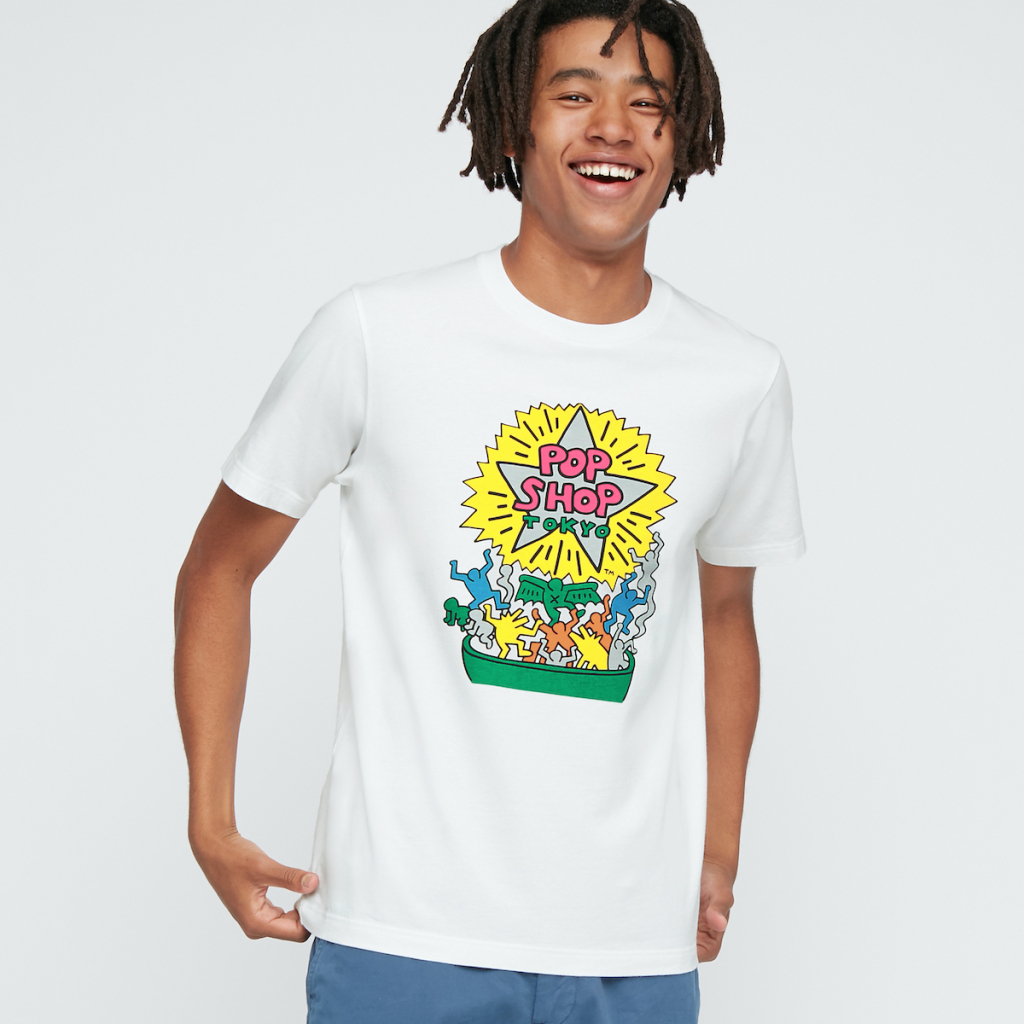 After Dr. Martens revealed its new line of shoes featuring illustrations by Keith Haring, another fashion brand has unveiled more merchandise paying homage to the famed artist. Uniqlo has launched a new UNIQLO UT x Keith Haring collection of T-shirts and hoodies inspired by the artist’s relationship to Tokyo, where he presented his work and opened an outpost of his Pop Shop in the 1980s.
Uniqlo’s new Haring collection features 10 styles ranging in price from $19.90 to $29.90. Various items feature Haring’s iconic figures, Haring’s signature, or references to the artist’s Pop Shop in Tokyo. The products are available in a range of adult sizes.

For his Pop Shop in Tokyo, which he based on his New York branch and opened with the help of the film producer Kaz Kuzui, Haring designed fans, kimonos, and rice bowls, among other products. The store in Tokyo was short lived, however: it was open for about 6 months in 1988. Haring said at the time, “There are just too many Haring fakes available all over Tokyo and, this time, they’re really well done.”
The Haring collection is not Uniqlo’s only recent artist-focused offering. The brand has also previously sold apparel bearing artworks by marquee names like Jean-Michel Basquiat and Yayoi Kusama, and it has collaborated with gallerist Jeffrey Deitch on an initiative called “Art for All.”
Popular fashion brands remain increasingly interested in collaborating with famous artists’ estates for new designs. Last year, Dr. Martens and Vivobarefoot both released shoe lines featuring iconic images from Basquiat’s paintings.