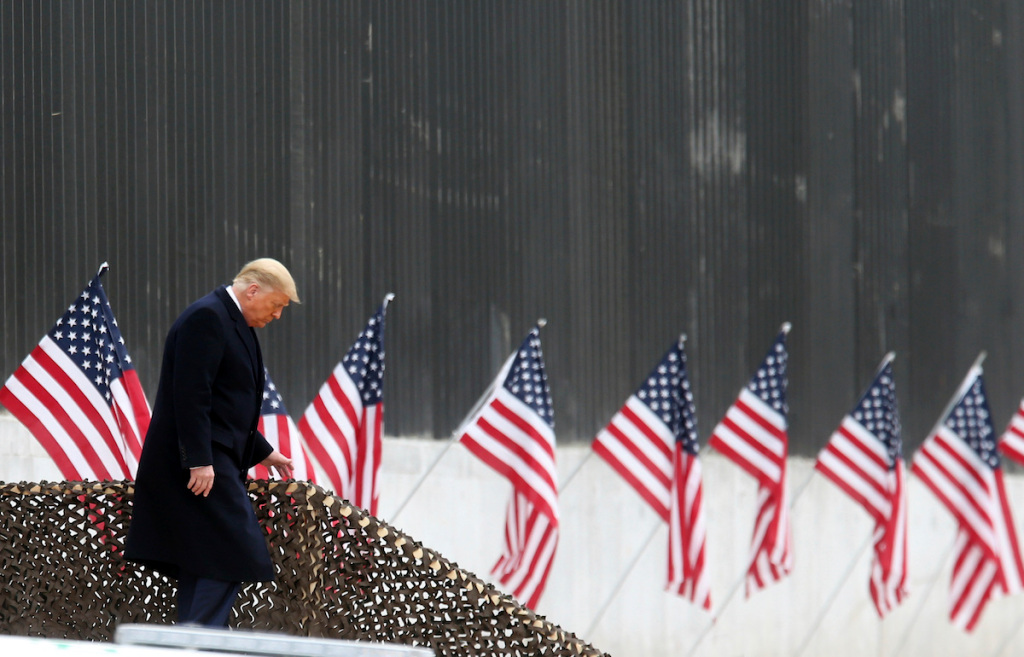 The Headlines
WITH PRESIDENT TRUMP SET TO LEAVE OFFICE IN ABOUT 48 HOURS, reporter Graham Bowley revisited the president’s repeated proposals to eliminate funding for the National Endowment for the Arts. “The agency survived, its budget even grew a bit, not because President Trump ever wavered in his view of it as a waste of federal dollars,” Bowley writes in the New York Times, “but because Congress . . . voted to keep it alive.” Of course, the N.E.A.’s annual budget of $167.5 million (for 2021) is still modest compared to other sources of arts funding, he writes. For instance, New York City alone spends more each year on its cultural affairs. Meanwhile, in the San Francisco Chronicle, Denise Sullivan takes a look at the history of president’s supporting arts in an article that stops with President Obama.

SPEAKING OF THE WHITE HOUSE, Joseph Robinette Biden Jr. is set to enter the Oval Office on Wednesday. If you are not on the shortlist to serve in his administration, but eager to experience the Oval, the New-York Historical Society has just the ticket: it built a replica of the storied space as part of a permanent exhibition titled “Meet the Presidents” last year. Marci Reaven, the vice president of history exhibits at the NYHS, talked with the Art Newspaper about how president’s have customized the room’s decor. Their choices, she said, reflect, “Who am I? Who are we as a people? Who am I as a leader?” Some may recall that photographer Thomas Demand also once built an Oval Office replica out of humble materials like cardboard and confetti to create works for a 2008 Times Magazine story. The room is “tinier than you might think,” he told the Independent in 2009.
The Digest
Many art museums have been hiring diversity leaders in recent years. Here’s a look at the work they have been doing. [The New York Times]
The Castello di Rivoli museum, near Turin, Italy, will serve as a coronavirus vaccination site. “Art has always helped, healed, and cured—indeed, some of the first museums in the world were hospitals,” its director, Carolyn Christov-Bakargiev, said in a statement. “Now we are repaying the favor, so to speak.” [Artforum]
The critic and law professor Yxta Maya Murray discussed her new novel, Art Is Everything, with Maximilíano Durón. “I have found at various points in my life that in order to make work that you have to sacrifice certain things that might be very important to you,” she said. [ARTnews]

The breakout painter Salman Toor was profiled as part of a package of “a dozen of the most creative artists and entertainers working today.” [WSJ. Magazine]
Jorge Pardo’s carriage house in Bushwick, Brooklyn, got the Architectural Digest treatment. [AD]
Canada has an Indigenous-language television channel for the first time: Uvagut TV, which carries programming in Inuktut. [Inuit Art Quarterly]
Sinclair Spratley considered the invisible labor, performed largely by people of color, that was responsible for cleaning the U.S. Capitol after the January 6 riot. [Art in America]
Venture inside Carrie Stettheimer’s famed dollhouse, guided by Johanna Fateman. [4Columns]
Here are the 10 most expensive Old Master artworks ever sold at auction. [ARTnews]
The Kicker
In a conversation published in a new column by Vanessa Friedman, Miuccia Prada and Raf Simons, the co-directors of Prada, discussed the fashion industry, money, the creative process, Zoom, and this period of crisis. “The one lesson I think fashion will not learn from this, which is the one it should learn, if I am being brutally honest, is that it should be less greedy,” Simons said. “It became too much this economic machine. For the majority the first desire is economic growth. Everyone just had less growth, so everyone is going to try to catch up.” [The New York Times]