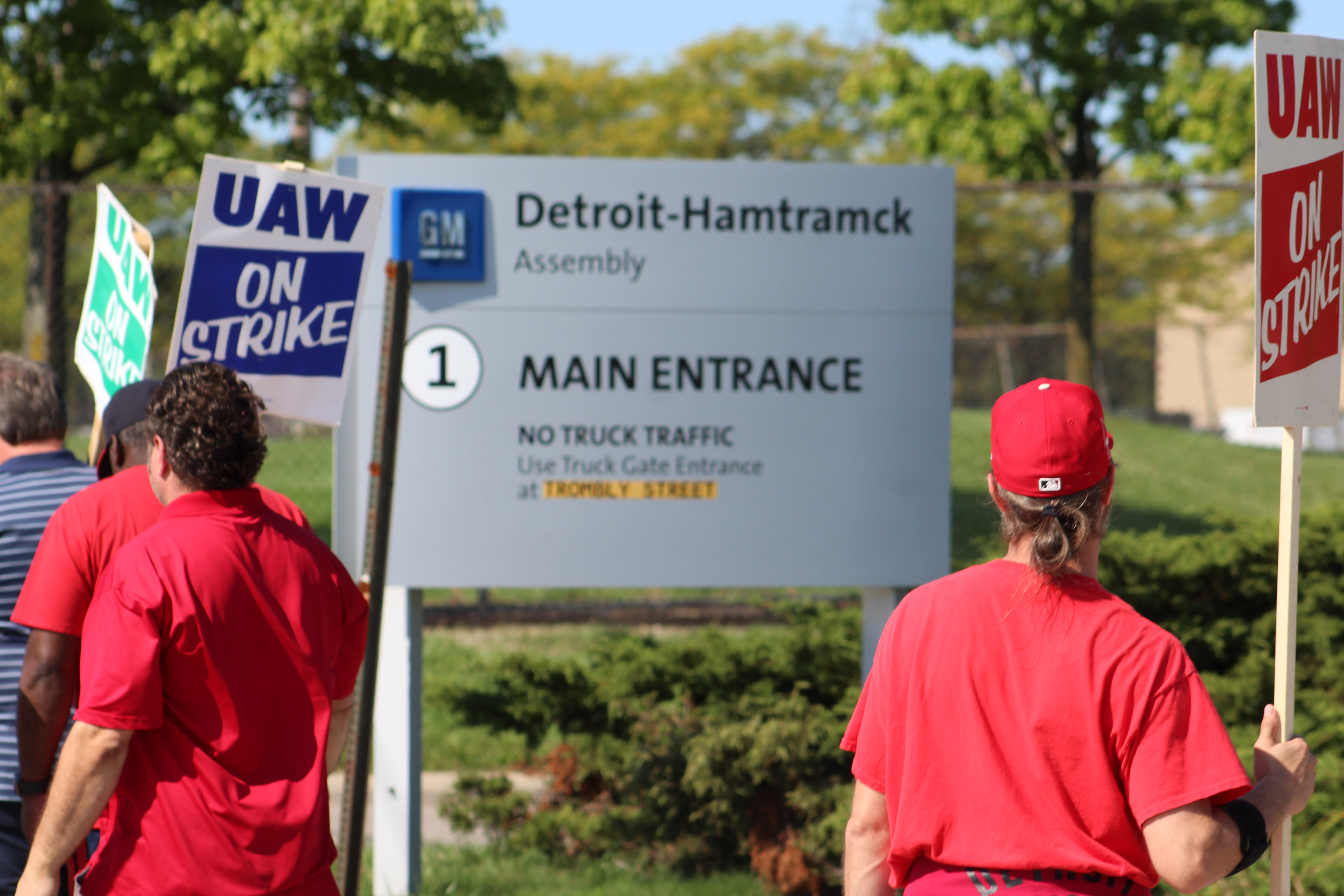 United Auto Workers members on strike picket outside General Motors’ Detroit-Hamtramck Assembly plant on Sept. 18, 2019 in Detroit.Michael Wayland / CNBCDETROIT – The ongoing United Auto Workers union strike against General Motors is a “threat” to Michigan’s economy and could push the state into recession, Moody’s Investors Service and an economist warned.The bond ratings company said the work stoppage, now on its fourth day, poses an “outsized economic threat” to Michigan as well as local governments such as Detroit “that have above-average economic exposure to the automotive giant.”How much pressure the strike puts on Michigan’s municipal and state bonds, according to the firm, depends on “how long GM facilities remain shut and, for local governments, whether income,” Moody’s said in a research note this week.”If the strike drags on for many weeks, they estimate that total state tax withholdings will be reduced by $3.5-$4.6 million per week (or about 1.75%-2.3% of targeted weekly statewide withholding revenue), including estimated effects on other businesses,” Moody’s said.Leaders with the UAW called the strike after negotiators failed to reach a tentative deal by a Saturday night deadline. About 48,000 workers from 55 facilities from nearly a dozen states began manning picket lines instead of assembly lines on Monday.GM’s use of temporary workers, potential closure of plants and health care contributions remain among the major sticking points, according to people familiar with the talks.United Auto Workers members on strike picket outside General Motors’ Detroit-Hamtramck Assembly plant on Sept. 18, 2019 in Detroit.Michael Wayland / CNBCWhile the strike is impacting facilities in several states, Michigan’s economy heavily relies on the automotive industry. GM plants in Michigan account for about one-third of the company’s US factory headcount, according to Moody’s.”Michigan retains elevated exposure to GM and other domestic auto manufacturers, even after the industry’s massive downsizing, which culminated in a 44% drop in transportation equipment manufacturing employment in the state from 2007 through 2009,” Moody’s said.About 20% of Michigan’s private-sector wage and salary income is from manufacturing, compared with 12% for the nation, according to Moody’s.The strike could push Michigan into a recession, according to LendingTree Chief Economist Tendayi Kapfidze.”The strike definitely increases the odds of a recession and maybe pulls it forward in time a little bit,” Kapfidze said in an interview Thursday. Without the strike, Michigan was already the state most at risk of going into a recession, according to a recent report by the online lending firm.The strike, depending on its duration, could have a ripple effect on other states and the U.S. economy, particularly if consumer confidence is impacted, according to Kapfidze.”I think that’s where it translates into a national problem. I think the odds of that are pretty slim because the size of the auto industry isn’t what it used to be … and it hasn’t spread to other automakers or the supply base yet,” he said.GM’s suppliers haven’t reportedly been impacted by the strike yet, but that could change, especially the longer it drags on, Citigroup analysts said in a research note earlier this week to investors. Its suppliers with the biggest exposure include American Axle, Magna, Lear and Aptiv, according to Citigroup.Wall Street analysts estimate GM is losing up to $100 million a day in lost U.S. production due to the strike, however the automaker has enough cash and its dealers have enough inventory to weather the storm without significant problems for at least a week.

Sears just opened a new store, here’s what it looks like