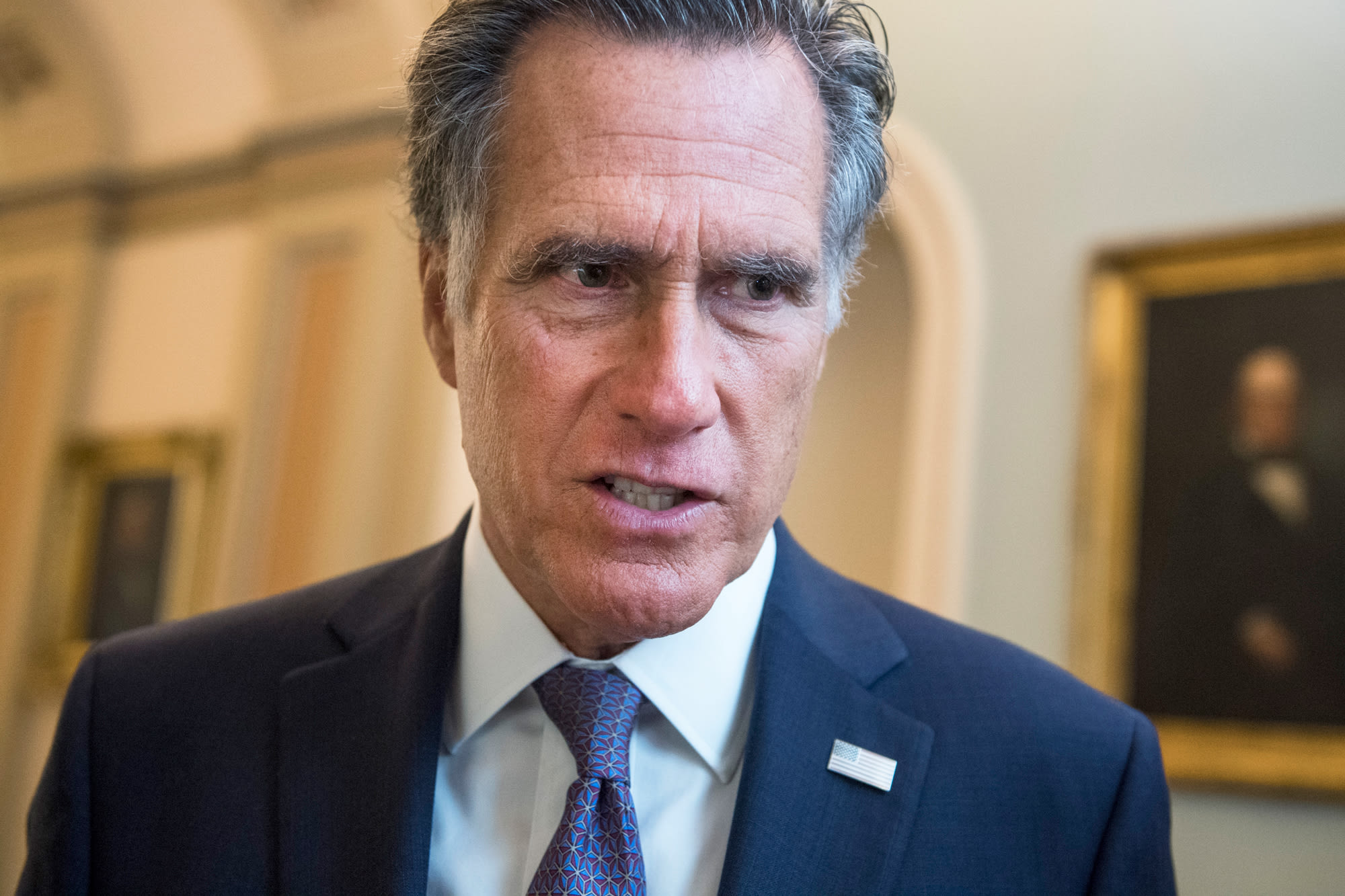 Sen. Mitt Romney, R-Utah, talks with reporters after a vote in the Capitol on Thursday, September 12, 2019.Tom Williams | CQ-Roll Call Group | Getty ImagesSens. Mitt Romney, R-Utah, and Jeff Merkley, D-Ore., introduced a bill Thursday that would ban flavored e-cigarettes and apply cigarette taxes to the devices, among other measures aimed at curbing teen vaping.Called the Ending New Nicotine Dependencies, or ENND, Act, the legislation would ban e-cigarette flavors other than tobacco, specify e-cigarette design standards, monitor the public health risks of using tobacco products, apply existing cigarette taxes to e-cigarettes and direct the Department of Health and Human Services to educate the public about health implications of using e-cigarettes.”Vaping companies have hooked millions of our children on nicotine using e-cigarette flavors like ‘gummy bear,’ ‘scooby snacks,’ and ‘strawberries and cream.’ This means massive health consequences for the next generation, and we have to end this addiction crisis,” Merkley said in a statement. “We need to get these flavors off the market.”The bill’s introduction comes amid heightened scrutiny of the e-cigarette industry. Health officials are investigating 530 cases of vaping-associated illnesses. Preliminary federal data indicates more than one-quarter of high school students are using e-cigarettes, prompting the Trump administration to ready a ban on flavored e-cigarettes.The Food and Drug Administration is planning to introduce regulation within weeks that would take effect after 30 days.

How to make the most of your trip to Star Wars: Galaxy’s Edge