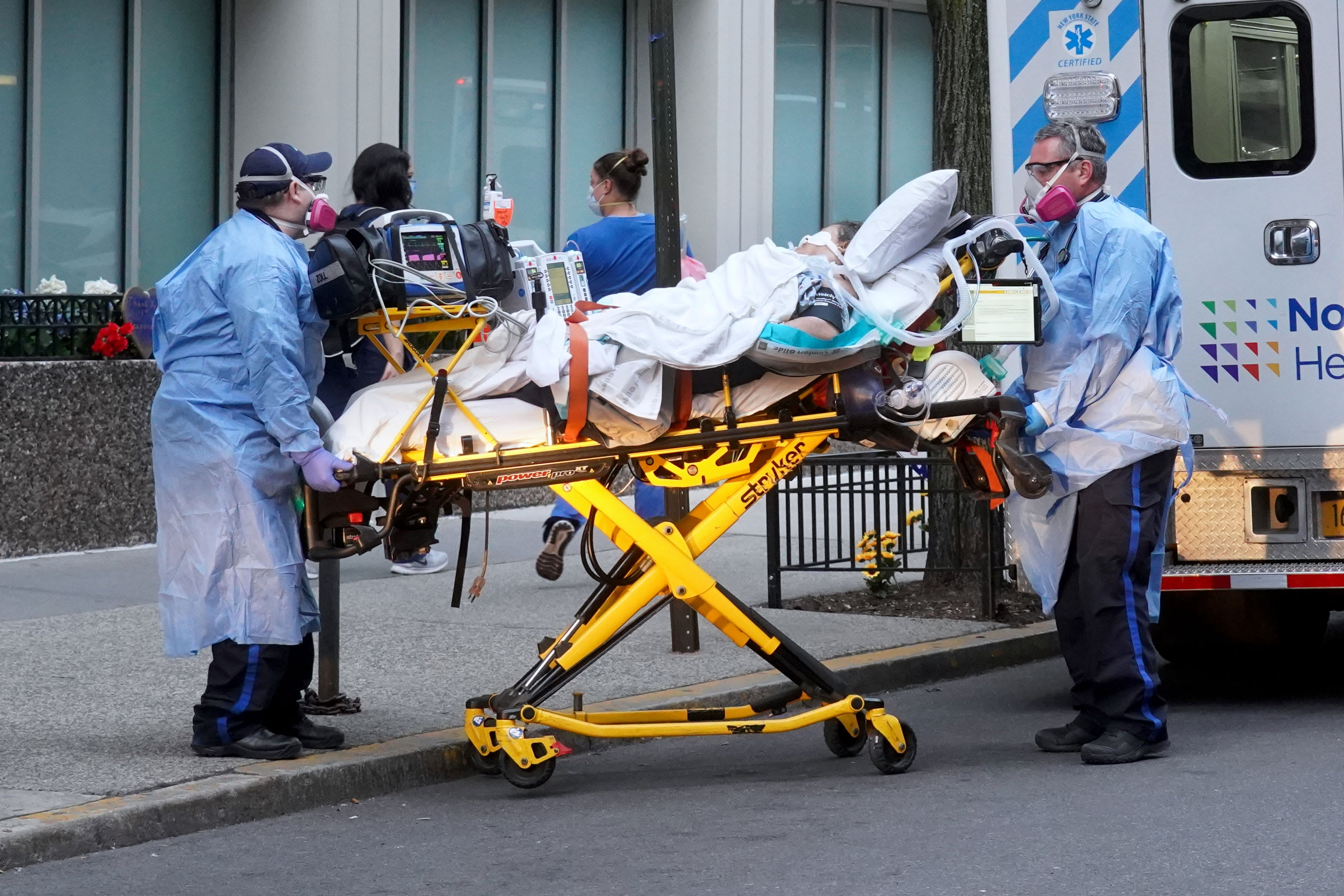 Coronavirus cases in the United States have been slowly ticking up since the Memorial Day holiday, according to a CNBC analysis of data compiled by Johns Hopkins University.New cases hit a peak of 31,578, based on a seven-day average, on April 10 before steadily falling to an eight-week low of  just over 20,600 a day on May 28 — and have been rising ever since. New cases in the U.S. have risen over the last three days in a row with a seven-day average of 21,763 new cases reported Wednesday, the data shows.Research shows that it can take anywhere from five to 12 days for people to show symptoms from the coronavirus, which may explain why U.S. cases are only just now starting to rise after several states reopened beaches and relaxed social distancing rules over Memorial Day, which fell on May 25. The virus, however, can spread a lot earlier than that and can even be passed along by people who don’t have any symptoms, according to the World Health Organization. Covid-19 patients who develop symptoms are contagious for one to three days before showing any signs of sickness, the WHO said. The coronavirus, which emerged about five months ago, has sickened more than 1.8 million people and killed at least 107,175 in the United States, according to Hopkins data. While cases are slowing in hot spots such as New York state, cases are on the rise in places like Florida, Texas and Arizona that removed shelter-in-place orders much earlier. On Thursday, Florida reported 1,419 new coronavirus cases, its biggest single-day increase, according to state health data. Florida now has more than 60,000 cases.Earlier in the day, CDC Director Robert Redfield told lawmakers he was worried Americans aren’t following the agency’s advice as states begin to reopen after shuttering businesses and limiting activities as part of social distancing measures intended to curb the spread of the virus.Crowds of people have been seen in recent weeks at protests, over the Memorial Day holiday and, Redfield noted, at the SpaceX launch over the weekend. All 50 states have begun easing quarantine restrictions even though Redfield said “not all states” have met the White House criteria for reopening businesses.”We will continue to message as well we can,” he told the House Appropriations Committee during a hearing on the coronavirus. “We’re going to encourage people that have the ability to require to wear masks when they are in their environment to continue to do that.”The virus can take anywhere from two weeks to eight weeks from the first onset of symptoms before a patient is sick enough to die, according to the WHO. The median time from the first sign of symptoms to recovery for mild cases is approximately two weeks and between three to six weeks for patients with severe or critical disease, according to the WHO.Earlier in the outbreak, U.S. health officials said there was a hypothesis among mathematical modelers that the outbreak “could potentially be seasonal” and relent in warmer conditions.”Other viral respiratory diseases are seasonal, including influenza and therefore in many viral respiratory diseases we do see a decrease in disease in spring and summer,” Dr. Nancy Messonnier, director of the CDC’s National Center for Immunization and Respiratory Diseases, said on a Feb. 25 conference call. “And so we can certainly be optimistic that this disease will follow suit.However, NIH Director Dr. Francis Collins said in a blog post this week that many researchers now doubt that warmer weather will stop the virus. “We’ll obviously have to wait a few months to get the data. But for now, many researchers have their doubts that the COVID-19 pandemic will enter a needed summertime lull,” he wrote on Tuesday. “Among them are some experts on infectious disease transmission and climate modeling, who ran a series of sophisticated computer simulations of how the virus will likely spread over the coming months.”

5 things to know before the stock market opens June 4, 2020
WHO sees ‘upticks’ in cases amid reopening; global deaths cross 390,000
To Top
error: Content is protected !!