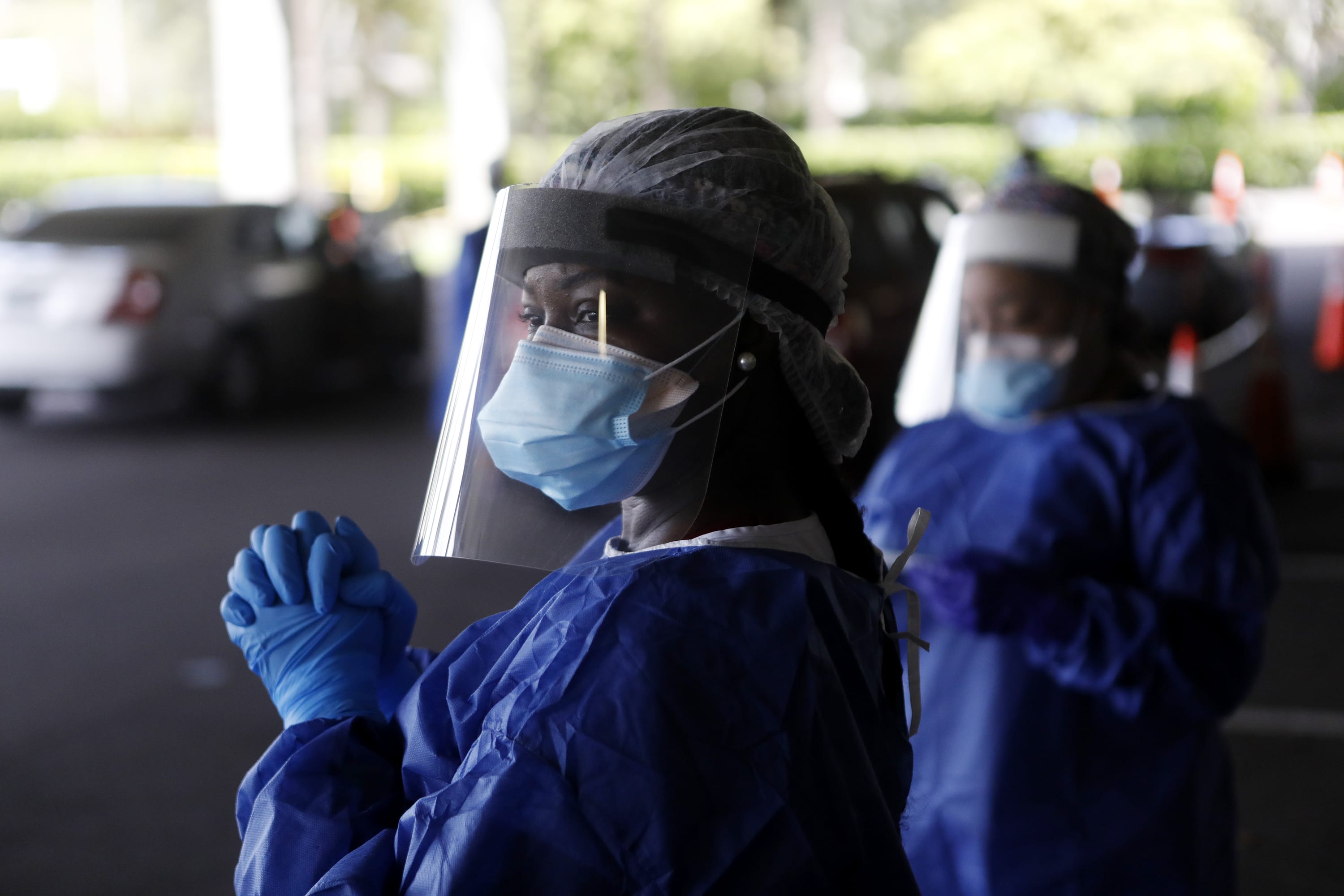 Healthcare workers wait for patients at the COVID-19 drive-thru testing site at the Duke Energy for the Arts Mahaffey Theater on July 8, 2020 in St. Petersburg, Florida.Octavio JonesThe U.S. continues to report record breaking new coronavirus cases as outbreaks surge in states in the South and West. The country reported a record 66,627 new cases on Friday, the second day in a row new cases have exceeded 60,000. The rise in cases is due partly to expanded testing that is uncovering more infections. However, many states that re-opened after the nation saw a lull in infections have since experienced a significant resurgence of the virus.Florida, a major epicenter of U.S. outbreak, reported 10,383 new cases as of Saturday morning after logging more than 11,000 cases the day prior, according to the state health department. A total of 19 states reported record daily new case averages Friday.  Even as cases have more than doubled since mid-May, the daily death toll from Covid-19 in the U.S. declined or remained stable for weeks. However, the daily fatality count now appears to be on the rise again. Arizona, California, Florida and Texas — hotspots for the virus — have all seen their average daily death tolls hit record highs in recent days. Epidemiologists in Florida and Texas say they expect deaths to continue to rise for at least several weeks.In Texas, which has seen continued records for new virus deaths and hospitalizations throughout the week, Gov. Greg Abbott has warned of a second lockdown if people keep flouting the statewide mask mandate and cases keep rising.”The worst is yet to come as we work our way through that massive increase in people testing positive,” Abbott said in a local television interview. In Georgia, where cases surged by more than 4,000 on Friday, Atlanta officials are reverting back to Phase 1 guidelines, in which residents are required to stay home except for essential outings. “Georgia reopened in a reckless manner and the people of our city and state are suffering the consequences,” Atlanta Mayor Keisha Lance Bottoms said on Friday. The Atlanta mayor’s guidance directly clashes with Republican Gov. Brian Kemp, who has pushed an aggressive reopening and dismissed mask mandates as “unenforceable.” At least 134,130 people in the U.S. have died since the start of the outbreak in March, and more than 3 million cases have been reported across the country, according to data from Johns Hopkins University.