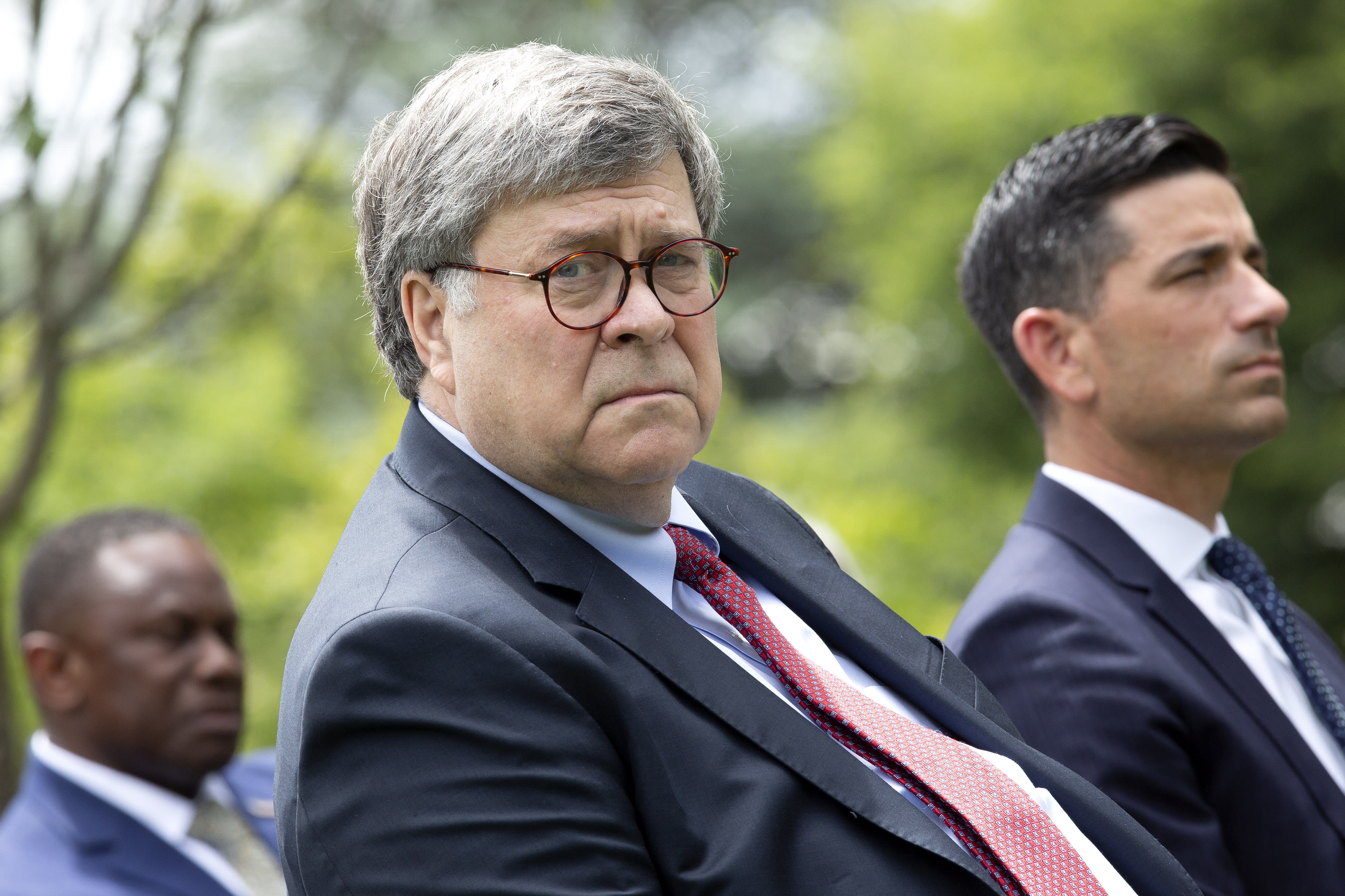 Attorney General William Barr listens as United States President Donald J. Trump, unseen, speaks in the Rose Garden of the White House in Washington, D.C., U.S., on Tuesday, June 16, 2020.Stefani Reynolds | Bloomberg | Getty ImagesAttorney General William Barr spoke with President Donald Trump about Roger Stone and recommended against granting him clemency, an administration official told NBC News.Other White House officials were also opposed to Trump’s decision due to fears of political blowback, including Chief of Staff Mark Meadows, according to a person familiar with the matter. Another person familiar with the matter told NBC that advisors told the president that granting Stone clemency “was a big mistake.”The official also said that the Department of Justice had nothing to do with the president’s decision to commute Stone’s sentence on seven felony crimes, which occurred only four days before the 67-year-old Republican operative was set to start his 40 months in federal prison. Barr had previously said that Stone’s prosecution was “righteous” and the sentence was fair, and defended his decision to oppose a stricter sentence for Stone. The Justice Department and White House did not immediately respond to CNBC’s request for comment. Stone, a former campaign aide, was convicted of lying to Congress and obstruction and witness tampering after being indicted by a grand jury as part of former special counsel Robert Mueller’s investigation into Russia’s 2016 presidential election meddling. Mueller himself broke his trademark silence to condemn the president’s rationale for granting Stone clemency, and to defend the special counsel’s investigation.”The work of the special counsel’s office — its report, indictments, guilty pleas and convictions — should speak for itself,” Mueller wrote in an op-ed for The Washington Post. “But I feel compelled to respond both to broad claims that our investigation was illegitimate and our motives were improper, and to specific claims that Roger Stone was a victim of our office.”He added: “We made every decision in Stone’s case, as in all our cases, based solely on the facts and the law and in accordance with the rule of law. The women and men who conducted these investigations and prosecutions acted with the highest integrity. Claims to the contrary are false.”Democrats quickly criticized Trump’s decision and called it an abuse of the rule of law. “With this commutation, Trump makes clear that there are two systems of justice in America: one for his criminal friends, and one for everyone else,” said Rep. Adam Schiff of California. Sen. Mitt Romney of Utah was the first Republican to openly criticize the president’s decision, calling it “unprecedented, historic corruption.””An American president commutes the sentence of a person convicted by a jury of lying to shield that very president,” Romney wrote in a tweet on Saturday.GOP Sen. Pat Toomey of Pennsylvania said on Saturday that although Trump has the legal constitutional authority to grant clemency for federal crimes, commuting Stone’s sentence was a mistake. “While I understand the frustration with the badly flawed Russia-collusion investigation, in my view, commuting Roger Stone’s sentence is a mistake,” Toomey said in a statement. “Any objections to Mr. Stone’s conviction and trial should be resolved through the appeals process.”Other Republicans praised Trump’s move, arguing that the president has a constitutional right to commute sentences. Ranking House member Rep. Jim Jordan of Ohio tweeted that “Like every president, President Trump has the constitutional right to commute sentences where he believes it serves the interest of fairness and justice.”