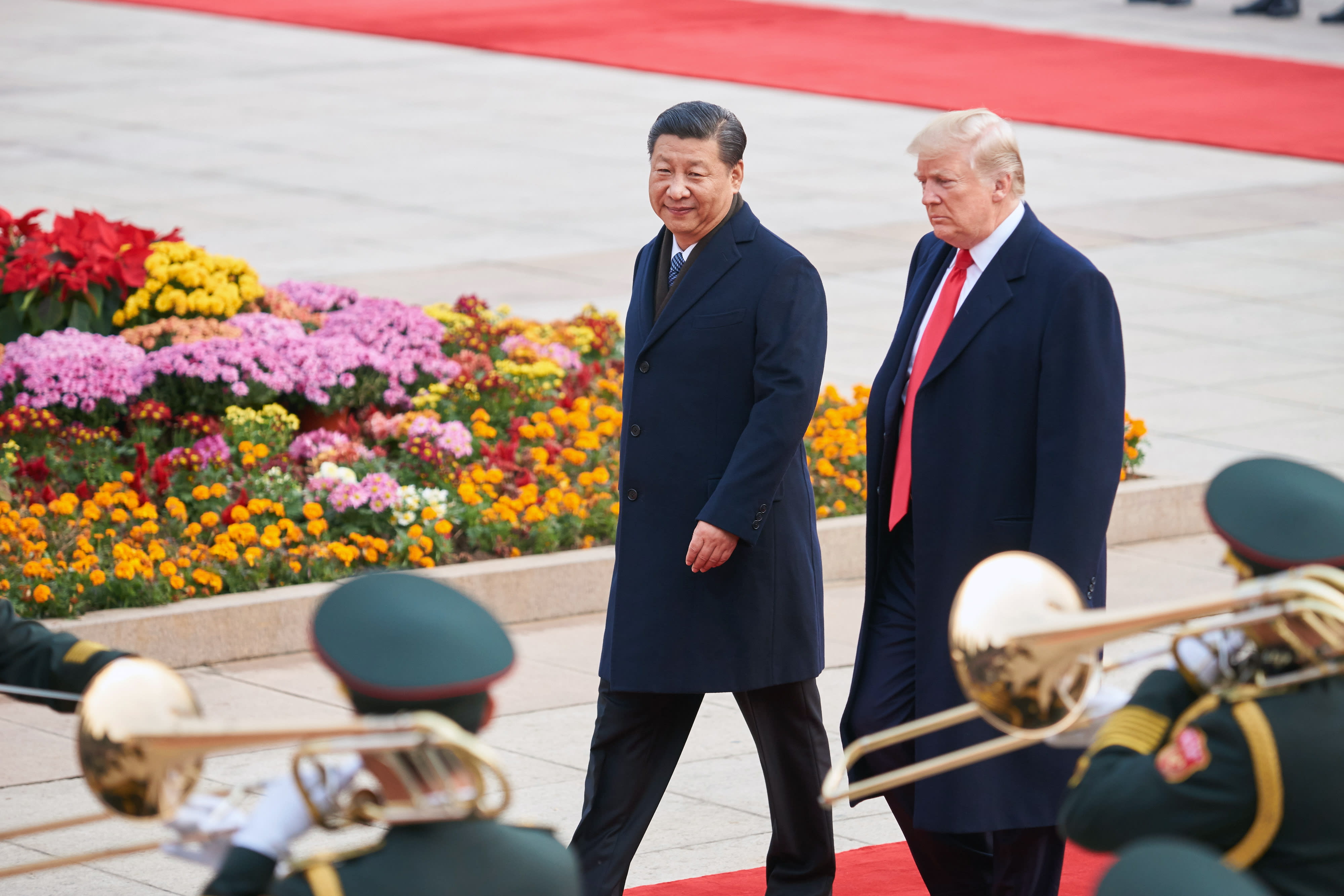 China’s President Xi Jinping and US President Donald Trump during a meeting outside the Great Hall of the People in Beijing.Artyom Ivanov | TASS | Getty ImagesAn economic decoupling of the U.S. and China is “a long way away,” but moving away from a U.S.-centric system certainly appeals to Beijing, said Eswar Prasad, previously head of the International Monetary Fund’s China division.”These two economies are still quite closely tied. After all, it’s very hard for the two largest economies in a way to stop bumping into each other in various dimensions,” said Prasad, who is now a trade professor at Cornell University.However, “the desire to get away from the grasp of the U.S.-based or dollar-denominated international financial system is certainly something at the forefront of China’s mind,” said Prasad.That is why the world’s second-largest economy has been pushing for greater use of the Chinese yuan in settling trade, he said.China is also actively opening up its capital markets to foreign investors and liberalizing its exchange rate regime.”That is going to be tied in with domestic capital market development which Chinese leaders know is going to be crucial for China’s sustained growth in the future,” said Prasad.Balance relationships with US and ChinaWith tensions ratcheting, “the great power dynamics” between the U.S. and China are certainly getting more interesting, said Prasad.While China appeared to have the upperhand earlier in the pandemic, it is now seeing some pushback against its political influence in countries like Australia, surprising the Chinese leadership, said Prasad.Beijing thought “the political control and the economic control they had over much of Asia and other parts of the world would stand in good stead,” said Prasad.But he explained that countries now seem to want to press the reset button.”The difficulty for most other countries that want to get away from China’s grasp is that they don’t have an alternative that they can trust ,” said Prasad.”The U.S. used to play that role, it doesn’t quite play that role anymore, so many countries are floundering in striking this delicate balance between maintaining good relations with China and the U.S., but we are certainly seeing a reset beginning to take place,” he added.

Is it time to pay more attention to Reddit? For advertisers focused on niche audiences, the answer is yes