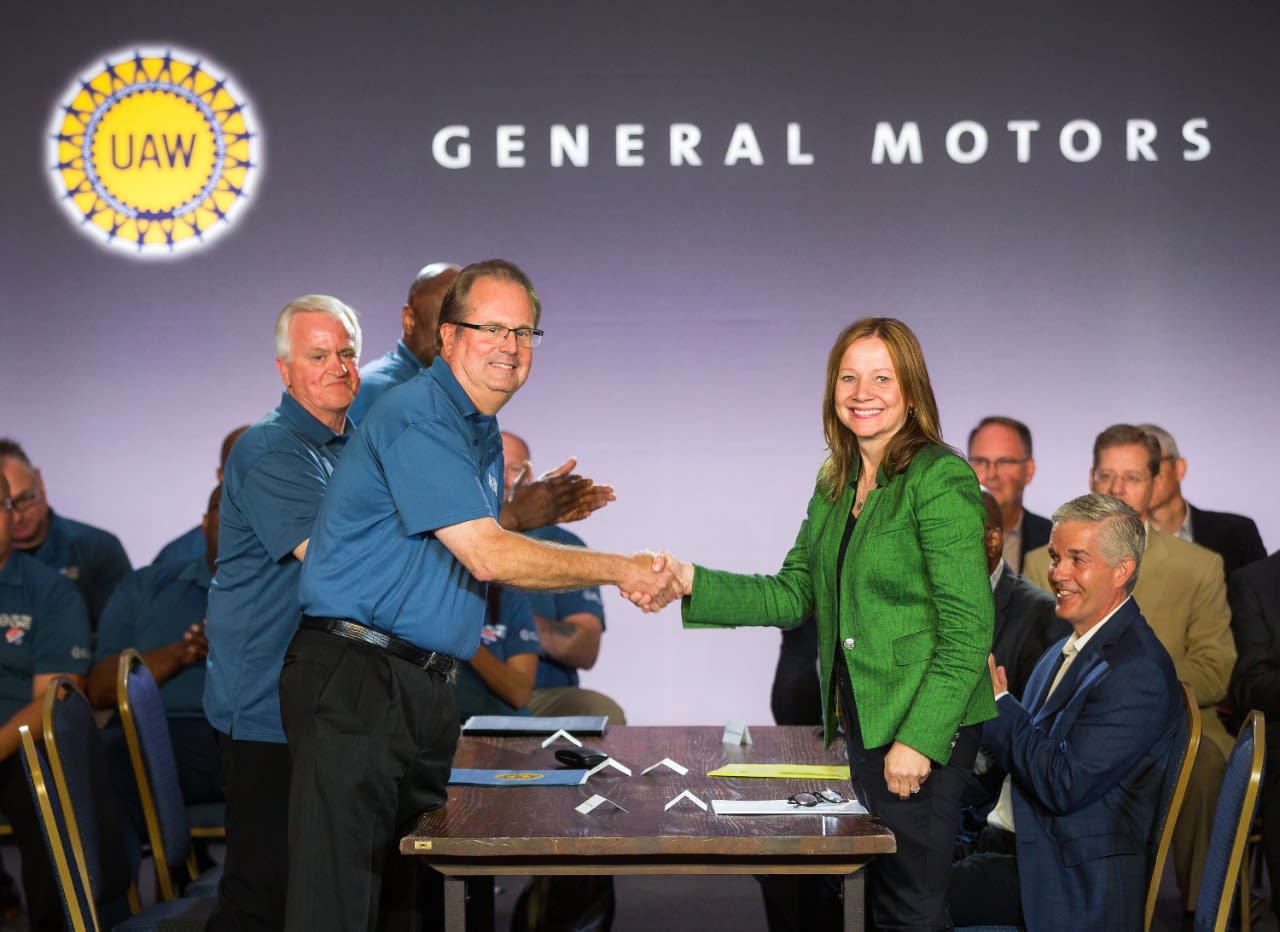 United Auto Workers President Gary Jones and General Motors CEO and Chairman Mary Barra shake hands during an event on Sept. 3 to officially open contract negotiations in Detroit.Source: General MotorsDETROIT — President Donald Trump on Sunday urged the United Auto Workers union and General Motors to return to negotiations and “make a deal.”Trump said in a tweet: “Here we go again with General Motors and the United Auto Workers. Get together and make a deal!”Trump’s tweet was in response to the UAW calling for a strike against the Detroit automaker Sunday morning. The strike is scheduled to take effect at 11:59 p.m. with roughly 48,000 workers heading to the picket lines.A spokesman with the UAW declined to comment on the tweet. A GM spokesperson, in response to the tweet, said: “We couldn’t agree more.”The union and GM ceased negotiations after the two sides couldn’t reach a tentative agreement by a Saturday night deadline. Talks are expected to resume as early as 10 a.m. Monday morning, according to the UAW.Reuters reported of the talks resuming ahead of Trump tweeting about the negotiations.This is the second time Trump has weighed in on the negotiations. In March, the U.S. president urged both parties to start negotiations “now” rather than wait until closer to the union’s contract was scheduled to expire.”General Motors and the UAW are going to start ‘talks’ in September/October,” he tweeted on March 18. “Why wait, start them now! I want jobs to stay in the U.S.A. and want Lordstown (Ohio), in one of the best economies in our history, opened or sold to a company who will open it up fast!”GM on Sunday said there are “solutions” under a proposed deal to the union to keep the Ohio facility and another assembly plant in Michigan that are potentially slated for closure operating. The company declined to provide further details about the deal.A person familiar with the proposed deal told CNBC the “solutions” for the plants included production of a new all-electric pickup at the Detroit-Hamtramck plant in Michigan and battery cell manufacturing for workers in Ohio — that’s in addition to an announced deal to sell Lordstown Assembly to an affiliate with all-electric vehicle company Workhorse.

Boeing board to call for structural changes after 737 Max crashes: NYT
Attacks on oil supply wipes out spare capacity
To Top
error: Content is protected !!