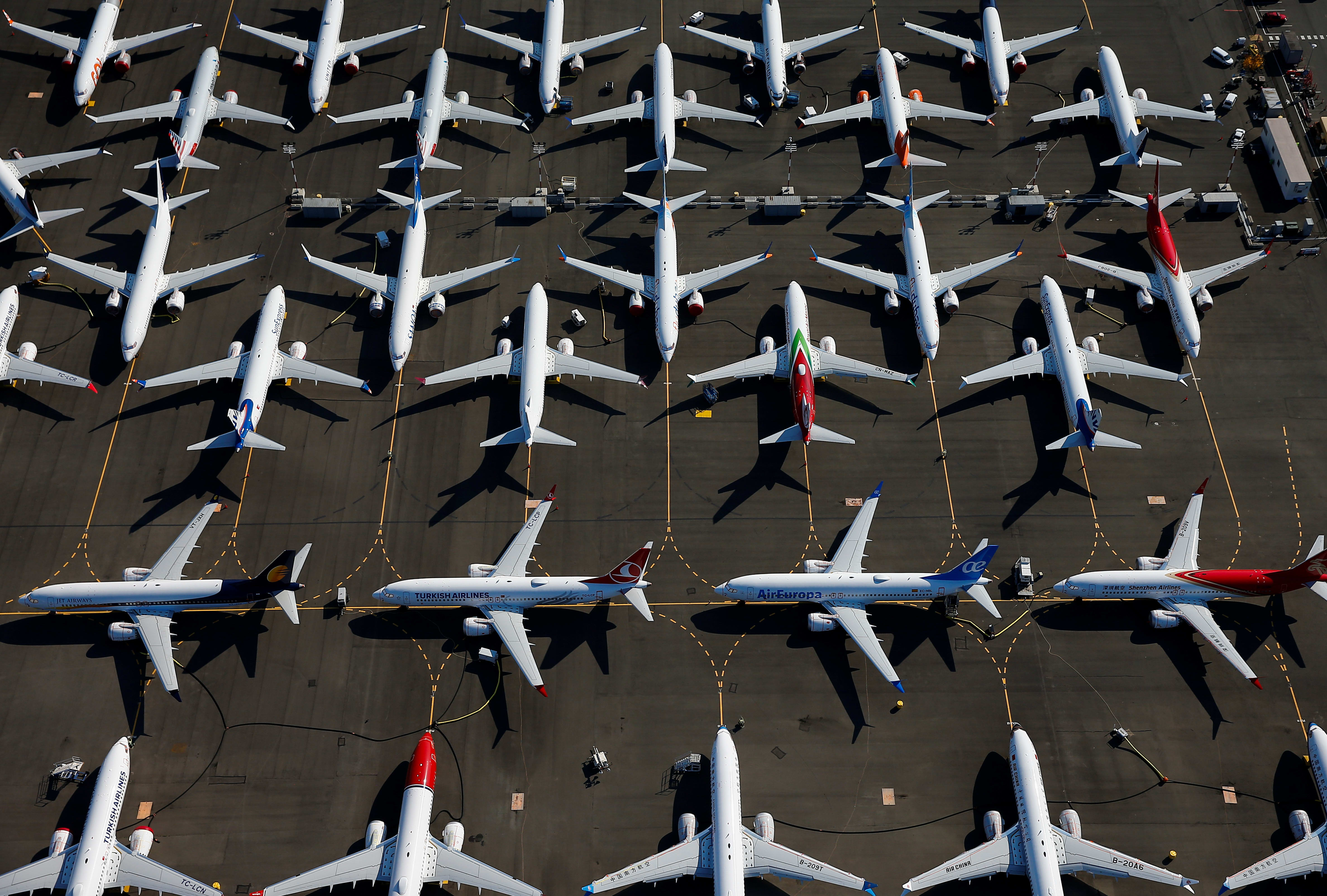 Grounded Boeing 737 MAX aircraft are seen parked in an aerial photo at Boeing Field in Seattle, WashingtonLindsey Wasson | ReutersA committee is set to deliver its findings to Boeing’s board this week on how the company can design and build safer airplanes after the fatal crashes of two 737 Max jets, The New York Times reported on Sunday, citing people familiar with the matter.The recommendations include changing corporate reporting structures, creating a new safety group, and changing the cockpits of future planes to accommodate new pilots with less training, three people briefed on the matter told the Times. Engineers currently report mostly to Boeing’s business leaders. The committee will recommend that they report first and foremost to the company’s chief engineer in the future. There’s concern that engineers who identify safety issues might face pushback from business leaders who don’t want production to slow down. The committee will also call for the creation of a new safety group after an investigation into the process by which Boeing employees do certification work for the Federal Aviation Administration. The committee found that communication was inadequate within the engineering department and between Boeing’s commercial aviation offices in the Seattle area and its corporate headquarters in Chicago during the certification work.The safety group will coordinate work across the sprawling aerospace giant’s various departments to ensure information is shared and the certification work is independent. The group will report to the company’s senior leadership and a new permanent committee on the board. The committee will also call for Boeing to re-examine cockpit design and operation to make sure that Boeing planes are accessible the next generation of pilots who may have less training. Boeing CEO Dennis Muilenburg established the committee in April to review company processes for the design and development of airplanes. The committee did not investigate the two fatal 737 Max crashes, but its findings are Boeing’s first attempt to reform the company’s internal structures since then. Read the original report in The New York Times