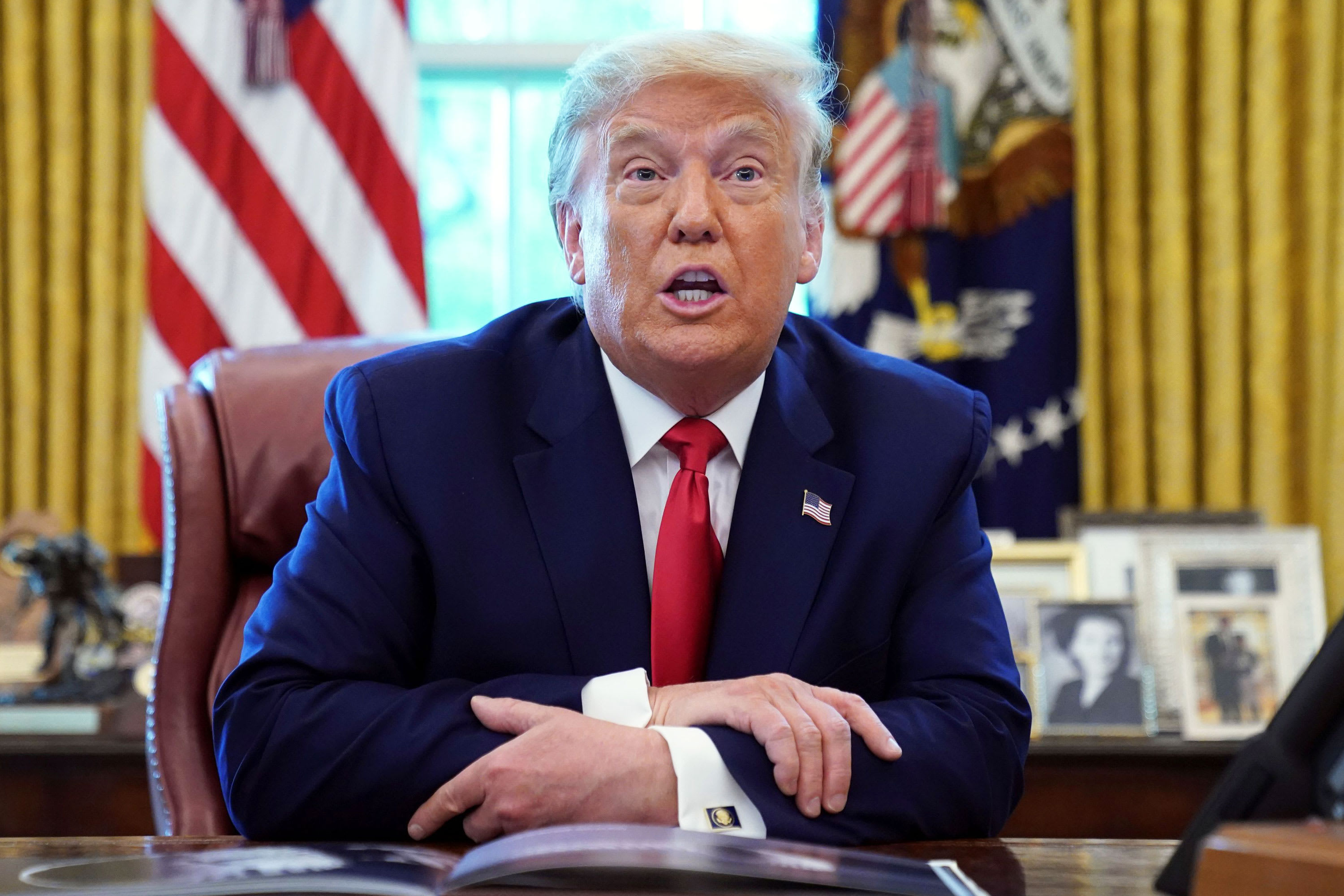 President Donald Trump will sign a series of executive orders aimed at protecting people with preexisting conditions and look for a way to prevent surprise medical bills, senior administration officials said Thursday.Trump discussed the executive orders, which are part of his “America First” health-care plan, during his visit to Charlotte, North Carolina later in the day.Health and Human Services Secretary Alex Azar told reporters on a conference call that one of the orders would declare it the policy of the United States to “provide protections to ensure that Americans with preexisting conditions are protected regardless of whether the Affordable Care Act is unconstitutional and its protections for preexisting conditions invalidated.””The president is also taking action to protect surprise billing, a source of financial insecurity for all Americans who do have insurance that has gone unaddressed for two years now,” he said.He said the order would direct HHS to work with Congress to get legislation passed by Congress that will protect patients against surprise medical bills. If such legislation is not passed by Jan. 1, then Trump will instruct HHS to investigate executive and regulatory actions that Trump can take that will ensure that patients are protected against surprise bills, Azar said. “He’s telling [Congress] get your act together, get something passed or we’ll be coming at it and you’ll get what you get from us,” Azar added. The move comes as the Trump administration attempts to repeal the Affordable Care Act, more commonly known as Obamacare, which has a provision that prevents insurers from discriminating against Americans with preexisting medical conditions. The Supreme Court is set to hear the latest constitutional challenge to Obamacare, the case of California vs. Texas, following the presidential election in November.It also comes as Trump tries to pitch his vision for health care to voters ahead of the election on Nov. 3.The death of Supreme Court Justice Ruth Bader Ginsburg this month creates a new level of uncertainty over the health-care law. If a new justice were to be seated in time for that case to be heard, that could push the balance of the court in favor of repeal.Trump has previously insisted that he would protect preexisting health conditions.”I stand stronger than anyone in protecting your Healthcare with Pre-Existing Conditions. I am honored to have terminated the very unfair, costly and unpopular individual mandate for you!” Trump said in a tweet in early January.In June, Trump tweeted that “Obamacare is a joke” but he would “always protect people with pre-existing conditions.”In a statement following the announcement, the Center for American Progress, a liberal Washington think tank, called Trump’s executive orders “a last-ditch effort to conceal his record on health-care arson.””The president’s announcement is straight out of the Twilight Zone,” said Maura Calsyn, managing director of health policy at the Center for American Progress Action Fund. “For years, he has promised to end the Affordable Care Act (ACA), the law that guarantees that 135 million people with preexisting conditions cannot be denied coverage or charged more based on their health history.””An executive order is no substitute for the ACA’s protections, which are especially critical for people of color, women, and people with disabilities,” Calsyn added. John Fleming, assistant to the president for planning and implementation at the White House, told reporters Obamacare has not helped Americans and has “been anything but affordable.””President Trump wants for all Americans to have better choice, better care and lower cost, and this is where we kick the football off today, with this announcement,” he said. “But I want to reiterate to everyone that whatever happens from this point on, with future legislation, with rules and regulations that are passed, the president is absolutely committed to coverage for preexisting conditions.”It’s unclear if the president has the authority to require insurers to cover preexisting conditions. On the call with reporters, the officials maintained that the executive orders were legally enforceable.”We will work with Congress, more or otherwise, to ensure that they’re protected. But [Trump’s] making a clear defined statement of United States policy that people with preexisting conditions are protected,” Azar said.Nicholas Bagley, a University of Michigan law professor, said unless “Congress has adopted a law prohibiting discrimination against the sick, or President Trump is exercising authority that Congress has delegated to him, his executive orders don’t have legal effect.””They have no more legal weight than a campaign slogan — and that’s all this executive order is,” he said.—CNBC’s Bertha Coombs contributed to this report.