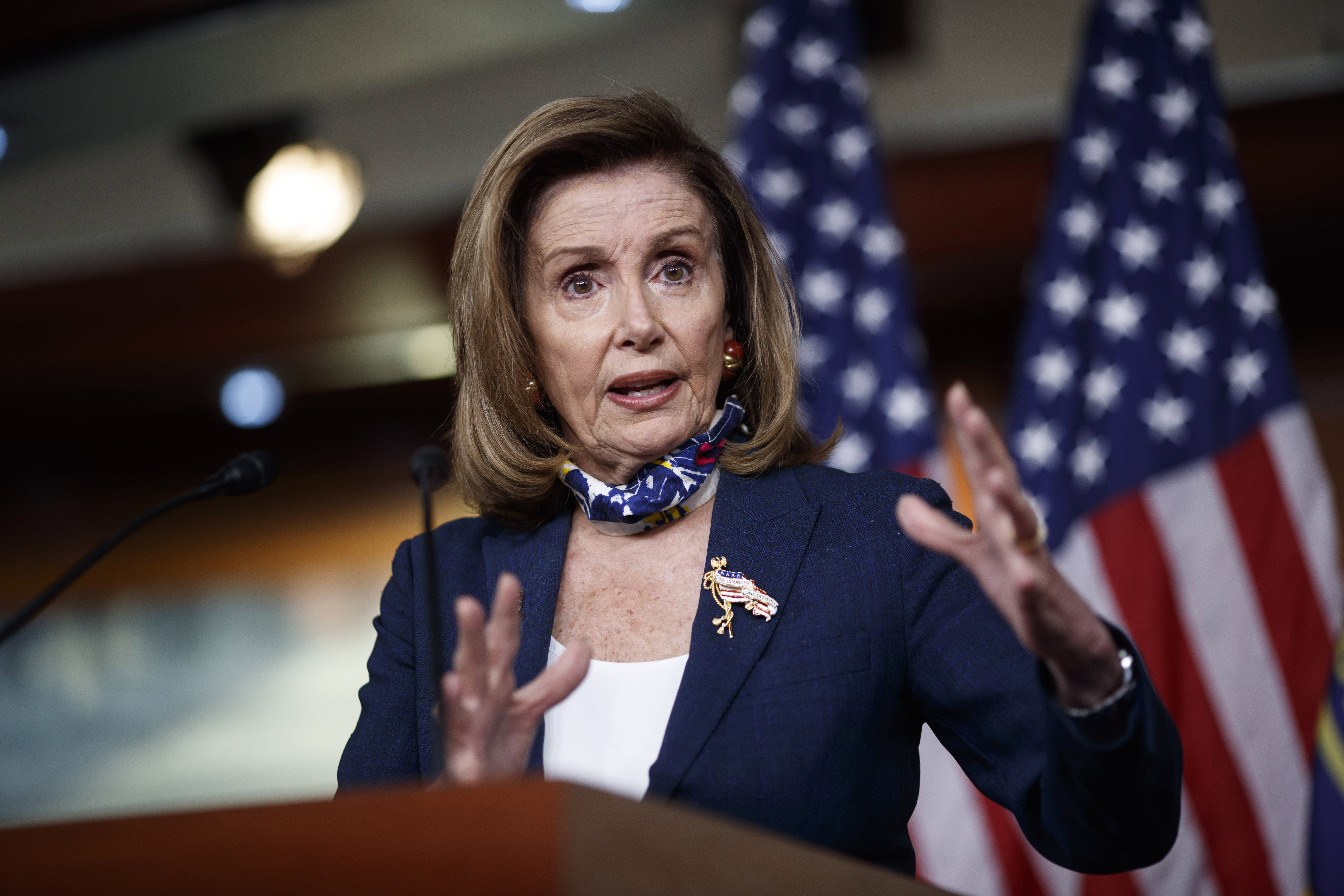 House Speaker Nancy Pelosi speaks during a press conference on Capitol Hill on Sept. 10, 2020.Ting Shen/Xinhua via Getty ImagesHouse Speaker Nancy Pelosi on Sunday said another coronavirus stimulus plan is possible as House Democrats try to forge ahead on a smaller aid package costing about $2.4 trillion, roughly $1 trillion less than their initial proposal but more than what the Trump administration has signaled it will accept. Stimulus negotiations between House Democrats and the Trump administration fell apartment in early August, though Treasury Secretary Steven Mnuchin said he and Pelosi have agreed to restart talks. The chamber could vote on the bill as soon as next week. The legislation will include unemployment benefits, direct payments to Americans, Paycheck Protection Program small business loans and aid for airlines.Pelosi, facing growing pressure from moderate Democrats, has tried to convince Mnuchin and White House Chief of Staff Mark Meadows to increase the administration’s $1.3 trillion offer by an additional $1 trillion. However, Mnuchin signaled earlier this month that the administration would not approve a plan that was larger than $1.5 trillion. “When I have a conversation with the administration, it is in good faith. I trust Secretary Mnuchin to represent something that can reach a solution, and I believe we can come to an agreement,” Pelosi said in an interview on CNN. “However, at some point, the public is going to have to see why $2.2 or now $2.4 trillion dollars is necessary,” Pelosi added. “The president’s denial of the virus and just resistance to doing anything to crush it has made matters worse … So we may need more money than that. And we will reveal what that is in a short period of time.” Pelosi has previously said that House Democrats would not leave Washington for re-election efforts until making a move on stimulus measures. As the coronavirus continues to spread across the U.S., jobless claims rose to 870,000 last week and the stock markets remain volatile.Senate Republicans this month failed to advance a $500 billion aid package over Democratic objections that it was inadequate because it did not include state and local government relief and food assistance, among other things. “I think we have a chance to get something done and we want to,” Pelosi said. “What we will be putting forth is an offer to say, now let us negotiate within a time frame and a dollar amount to get the job done to put money in people’s pockets, to honor our heroes and to crush the virus.”  — CNBC’s Jacob Pramuk contributed reporting