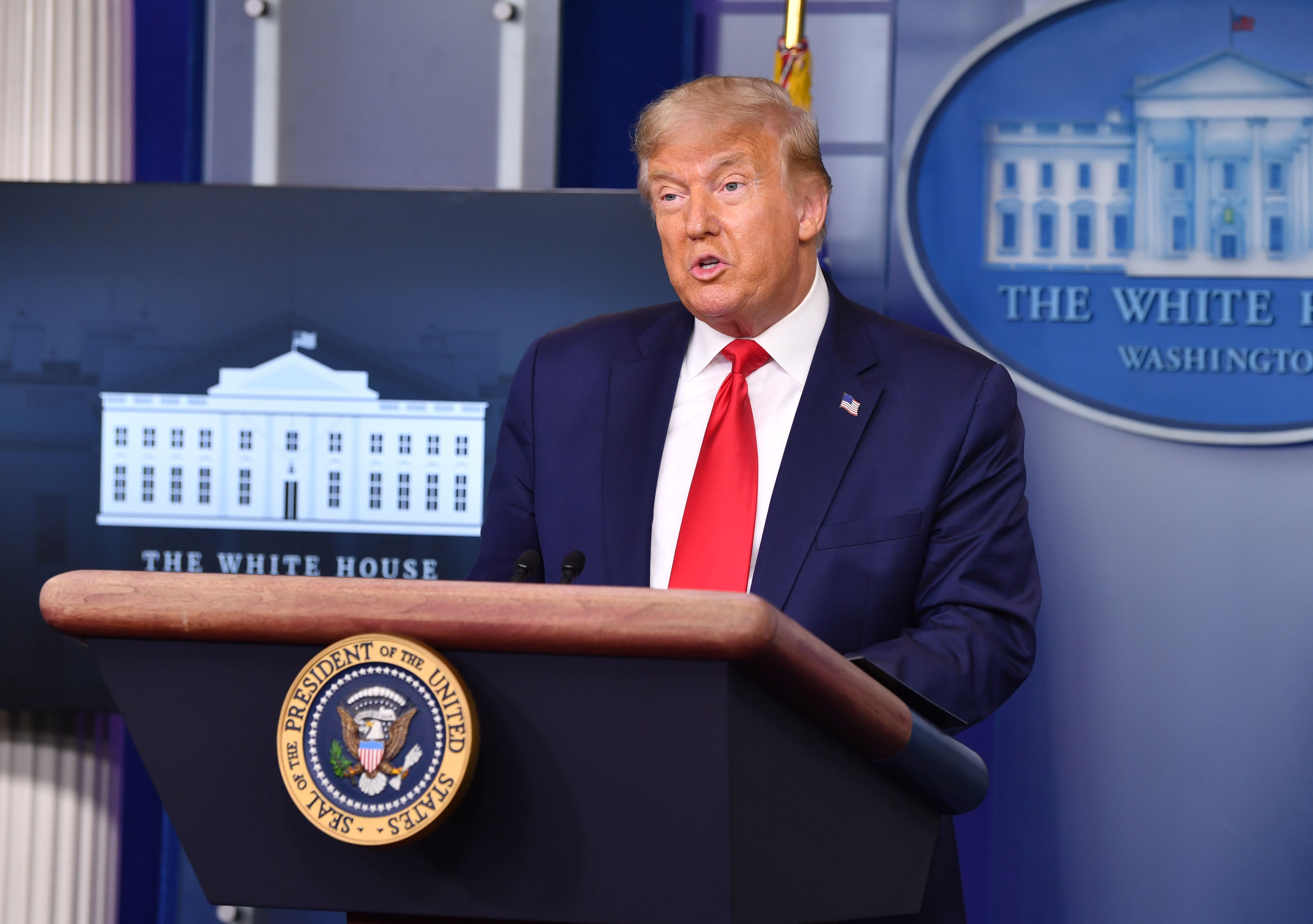 U.S. President Donald Trump takes questions during a briefing on the coronavirus disease (COVID-19) pandemic at the White House in Washington, August 11, 2020.Kevin Lamarque | ReutersPresident Donald Trump on Wednesday said he was “surprised” to learn about the Food and Drug Administration’s hold on granting emergency use for an experimental blood treatment for coronavirus patients, saying it may be politically motivated.”I hear great things about it … that’s all I can tell you,” Trump said during a White House press briefing referring to convalescent plasma therapy. “It could be a political decision because you have a lot of people over there who don’t want to rush things because they want to do it after November 3, and you’ve heard that one before.” The FDA reportedly placed its emergency use authorization for convalescent plasma on hold last week after a number of top health officials, including White House coronavirus advisor Dr. Anthony Fauci and Dr. Francis Collins, who was appointed to run the National Institutes of Health by former President Barack Obama in 2009, voiced concern about data on the potential treatment, according to the New York Times. The experimental treatment uses the blood from recovered coronavirus patients who have built antibodies against the diseases and infuses it into people with Covid-19 to prevent severe disease, according to the Mayo Clinic, which is conducting studies on the treatment.”People are dying, and we should have it approved if it’s good,” Trump said. “And I’m hearing it’s good, I heard from people at the FDA that it’s good.” Trump said that he would “check” on the report after the press briefing. While there are currently no FDA-approved drugs or vaccines against the coronavirus, the administration has issued emergency use authorization to clear unapproved products to be used to treat coronavirus patients. A spokesperson for the FDA didn’t immediately respond to a request for comment. The National Institute of Health treatment guidelines, last updated on July 17, say there’s “insufficient data” to support convalescent plasma as a Covid-19 treatment, though thousands of patients in the U.S. have received the treatment as part of clinical trials. However, Trump said at the press briefing that he’s heard success rates for convalescent plasma “way over 50%” and said the White House would encourage the therapy’s use if the “numbers are as good” as he’s hearing. “I don’t want delays. I don’t want people dying,” Trump said.