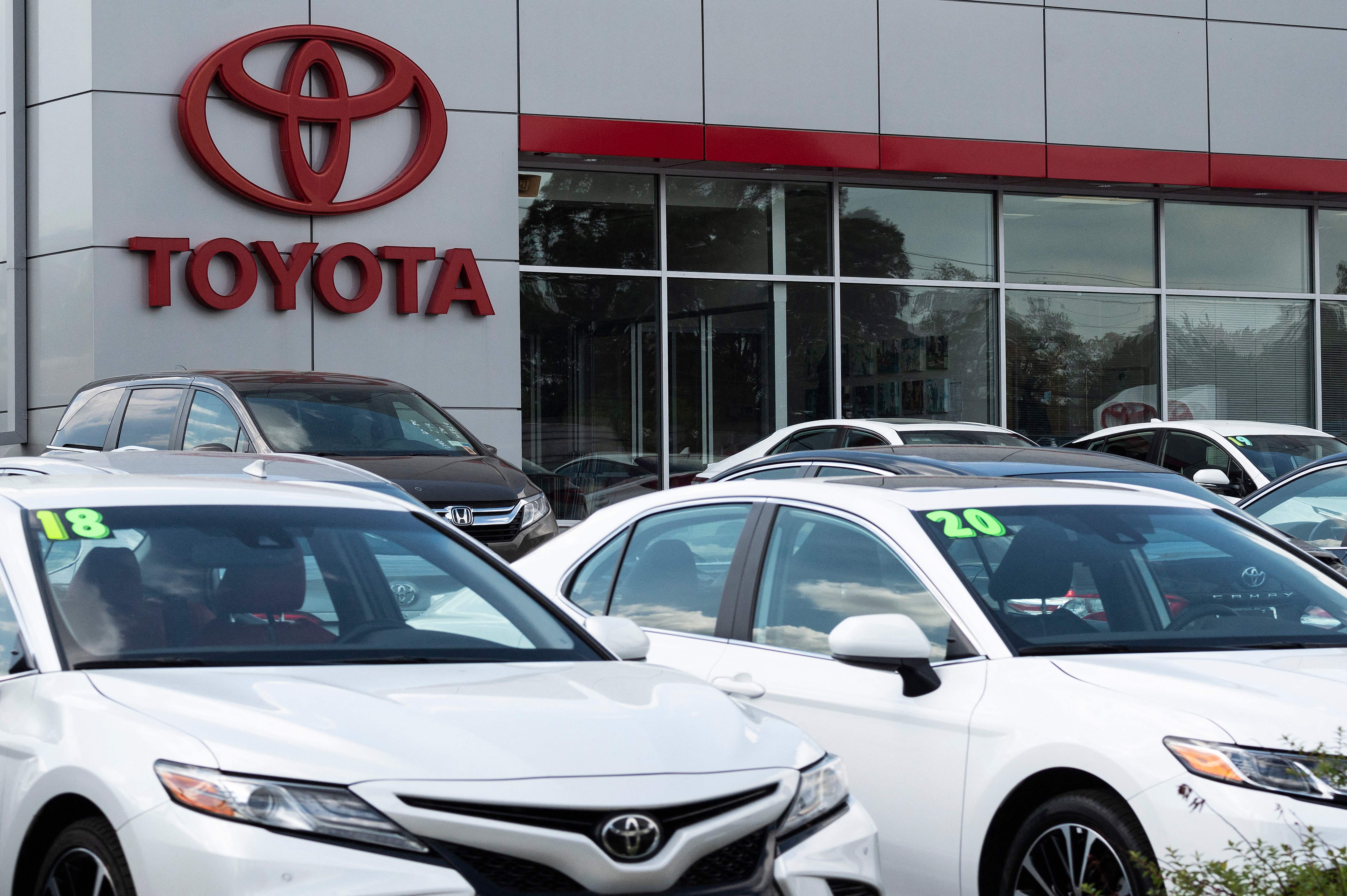 Toyota Motor outsold General Motors in the U.S. for the first time ever during a quarter and is expected to be America’s best-selling automaker.The Japanese automaker on Thursday reported sales of 688,813 vehicles in the U.S. from April through June. That compares to GM at 688,236 vehicles during the second quarter. Toyota beat analyst expectations, while GM slightly missed forecasts.The shake-up was caused by a global chip shortage that has significantly hampered vehicle production. Japanese automakers, specifically Toyota, have been able to manage the crisis better than their American competitors.”They’ve kind of defied gravity the last couple of months,” Cox Automotive senior economist Charlie Chesbrough said. “We’re tracking them having very weak inventories out there and yet their sales have actually held up quite well. … We’re really kind of surprised by Toyota’s strength, and having a decent quarter relative to some of the competition.”The only way Toyota won’t take the mantle as the top-selling automaker is if Ford Motor, which reports sales Friday morning, significantly beats analyst’s sales expectations of 645,000 vehicles during the quarter. Ford previously said it expected to lose half of its production during the second quarter due to the chip problem.The last time GM wasn’t the best-selling automaker for a quarter in the U.S. was when Ford outsold them during the third quarter of 1998, Edmunds reports.Jessica Caldwell, executive director of insights at Edmunds, said Toyota is known for seeing far into their supply chain and has more experience managing lower inventories. She expects there could be major swings in U.S. market share this year due to the parts shortage.”I would definitely expect a bit of a change in some of the market share,” she said. “Toyota has done really well, the Asian brands overall have done pretty well.”In May, Reuters reported that Toyota was stockpiling semiconductors chips, which are critical for modern vehicles, and was not seeing any major short-term impact from the chip shortage. Toyota declined to comment specifically on the sales achievement but released the following statement: “We are grateful to our loyal customers for putting their safety and trust in Toyota and Lexus vehicles.  Our focus has always been – and will continue to be – on being the best brand in terms of safety and quality in our customers’ minds.  And as part of our continuous improvement philosophy, we are always finding better ways of doing things, and ultimately make better products our customers love and trust.”Correction: The last time GM was outsold in the U.S. was the third quarter of 1998, according to Edmunds. A previous version of this article misstated the time period.

Walgreens swings to a profit, raises forecast as it looks to accelerate growth under new CEO
Virgin Galactic shares surge as Branson tries to take lead in billionaire space race
To Top
error: Content is protected !!