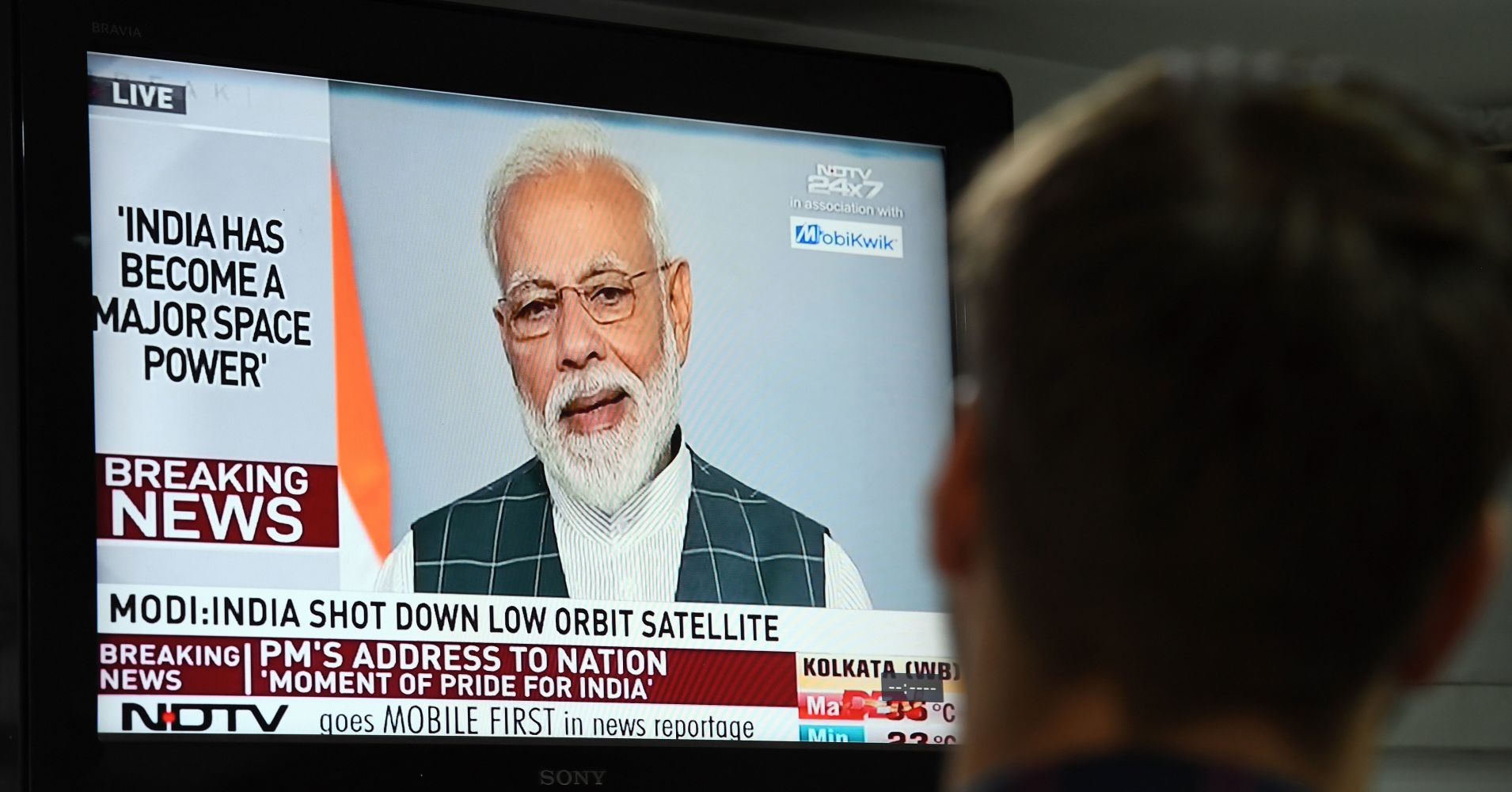 “If we keep creating debris in space, eventually we are going to get to the point where it’s very difficult to find a place to launch, very difficult to find a place to put a satellite, to operate a satellite without having to maneuver it all the time to keep it away from debris. All of those things are complicated and have to be worked in an international perspective,” he added.

Hyten’s comments come on the heels of India’s successful anti-satellite missile test which created more than 250 pieces of space junk, according to U.S. Strategic Command assessments.

Last month India shot down a satellite with an anti-satellite missile, joining an exclusive group of world powers with military space capabilities.

While anti-satellite missiles are by no means new, only a few countries have been able to develop, test and prove the capability. Satellites make up the backbone of GPS, communications, intelligence and more — making the ability to destroy spacecraft a coveted military strength.

In the wake of the test, dubbed “Mission Shakti,” India said that if debris was created from the event it would not pose a threat to space-based assets.

“The test was done in the lower atmosphere to ensure that there is no space debris. Whatever debris that is generated will decay and fall back onto the earth within weeks,” Shambhu Hakki, a spokesperson for the Indian Embassy in Washington, wrote in an email.

Although India’s weapons test was conducted at the relatively low orbit of 300 km, the debris may “pose a threat” to anything in higher orbits, Jonathan McDowell, an astrophysicist at the Harvard-Smithsonian Center, told CNBC in a prior interview. The test’s altitude is just below the orbit of the International Space Station, which circles the Earth at about 400 km up.

A recently unclassified report from the National Air and Space Intelligence Center, or NASIC, explained how China conducted an anti-satellite test in 2007 that produced a great deal of space junk. At an altitude of about 800 km, China destroyed one of its own weather satellites with an anti-satellite missile. Although the test was successful, the satellite shattered into thousands of pieces, which continue to zip around in an orbital cloud of deadly debris.

“A huge percentage of the debris in low Earth orbit is still attributable to that one test,” Frank Slazer, vice president of space systems at Aerospace Industries Association, told CNBC earlier this year.

However, the test represents an unsettling trend for governments and corporations operating in space, as risk increases that valuable assets “could be third-party victims” of nations demonstrating military capabilities in space.

“The more tests like this happen then the more risk there is that there could be impacts on either [rockets] going to space or satellites in low Earth orbit,” Slazer said.

Meanwhile, India’s Hakki also maintained that the country is against the weaponization of outer space and “has no intention of entering into an arms race in outer space.”

The latest revelations from India, however, come as the United States, China and Russia sprint to equip their arsenals with anti-satellite missiles.

In October, CNBC learned that a never-before-seen missile photographed on a Russian MiG-31 interceptor is believed to be a mock-up of an anti-satellite weapon that will be ready for warfare by 2022.

The Russian anti-satellite weapon, which is attached to a space launch vehicle, is expected to target communication and imagery satellites in low Earth orbit, according to one source, who spoke on condition of anonymity. For reference, the International Space Station and the Hubble Space Telescope travel in low Earth orbit.

Images of the mysterious missile on a modified MiG-31, a supersonic near-space interceptor, appeared in mid-September.

Disney Plus will be available starting November 12 for $6.99 a month
Chevron to buy Anadarko Petroleum in a $33 billion cash and stock deal
To Top
error: Content is protected !!