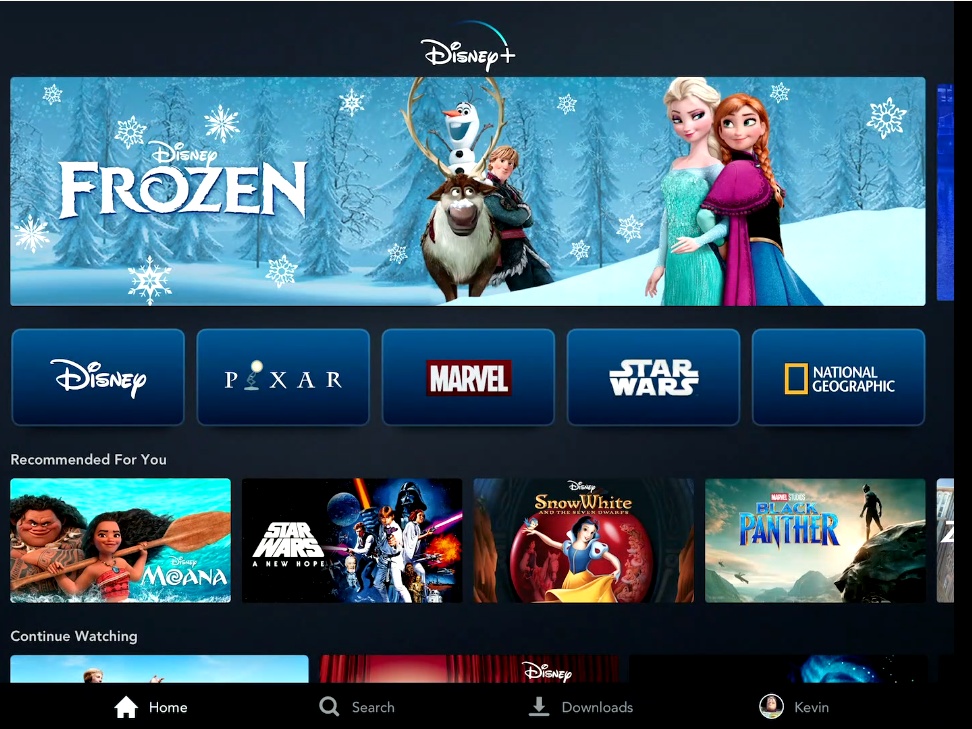 Disney said Thursday it will roll out its much anticipated Disney+ video streaming service on Nov. 12, drawing a its deep catalog of content and offering up new shows featuring favorite characters from “Monsters Inc.” to Marvel to “Star Wars.”

The service will cost subscribers $6.99 per month, or $69.99 per year, which is at the high end of what many analysts had expected.

“Today’s presentation will show you where we’re going, but also remind you that we are starting from a position of strength and optimism,” CEO Bob Iger said during the company’s investor day Thursday.

Analysts had expected the service would cost $5 to $7 per month, which is around half of what Netflix costs for its standard HD plan. Disney had signaled that it intended for the platform to be much cheaper than its rival.

Disney said it expects it will spend about $1 billion in 2020 on original content for the platform and $2 billion by 2024.

The company is also forecasting it will have between 60 million and 90 million subscribers by the end of 2024. One-third of those subscribers will be domestic and two-thirds will be international, the company said.

Analysts and investors will be keen to see if the revenue from subscribers will be able to outweigh the lost revenue from no longer licensing its content to third parties.

Disney+ will debut in the United States, but the company said it “plans to be in nearly all major regions of the world within the next two years.”

Disney had also hinted that it is interested in bundling it with ESPN+ and Hulu, which it owns a 60% stake in. However, it’s unclear if Disney+ will coexist with these other services, particularly considering 40% of Hulu is owned by Comcast (30%) and AT&T (10%).

Here’s what the Disney+ interface looks like on television screens:

Disney said ahead of the meeting that it would not be commenting on the recently completed quarter or the current quarter. The company is due to report second quarter results on May 8 after the closing bell.

So far, Disney has already confirmed a number of television series and films solely available on Disney+.

Head of Marvel Kevin Feige said the Marvel series will connect directly to the cinematic universe and to each other. An animated series called “What If” will also be available on Disney+. It will explore hypothetical questions like: what would have happened if Peggy Carter had been given the super serum instead of Steve Rogers?

Additionally, there will be two unscripted Marvel series.

From Star Wars, head of Lucasfilm Kathleen Kennedy said “The Mandalorian” series would be available to fans at the launch of Disney+. Also in the works is a new season of “Star Wars Clone Wars” and a live-action show based on Cassian Andor and K2-SO from “Rogue One: A Star Wars Story.”

Pixar will produce a number of shorts for the subscription service, featuring characters like Forky and Bo Peep from the “Toy Story” films. It will also have a series based in the world of “Monster’s Inc.” called “Monsters at Work.”

“One of the things I am most excited about is that we have the unique opportunity to extend our stories with characters our audiences know and love as well as explore new types of storytelling and animation with emerging filmmakers and show it all exclusively on Disney+,” Jennifer Lee, chief creative officer of Walt Disney Animation Studios, said.

Additional originals on the platform will include a “High School Musical” series and a live-action film remake of “Lady and the Tramp.”

Disney+ will also be home to “Noelle,” a Christmas film starring Anna Kendrick as the daughter of Santa Claus. It is set to arrive on the platform soon after launch.

Also on the service will be a catalog of Disney’s classic animated features and TV shows as well as live-action flicks and shows, including fan favorites like “Lizzie McGuire” and “Hannah Montana.”

National Geographic content will also find a home on Disney+, including a show called “The World According to Jeff Goldblum” and “Magic of the Animal Kingdom,” an inside look at what goes on behind the scenes at that the veterinary offices at Disney theme parks Epcot and Animal Kingdom in Orlando, Florida.

Additionally, Agnes Chu, senior vice president of content for Disney+, said all episodes of “The Simpsons” will appear on the services on day one. Other 20th Century Fox titles on Disney+ will include “The Sound of Music,” “The Princess Bride” and “Malcolm in the Middle.”

The company said it will continue to release major motion pictures to theaters ahead of their appearance on the streaming service. Since 2006, Disney has released 44 films that have grossed more than $37 billion at the box office.

The company also said that all content will be downloadable so that it can be watched offline.