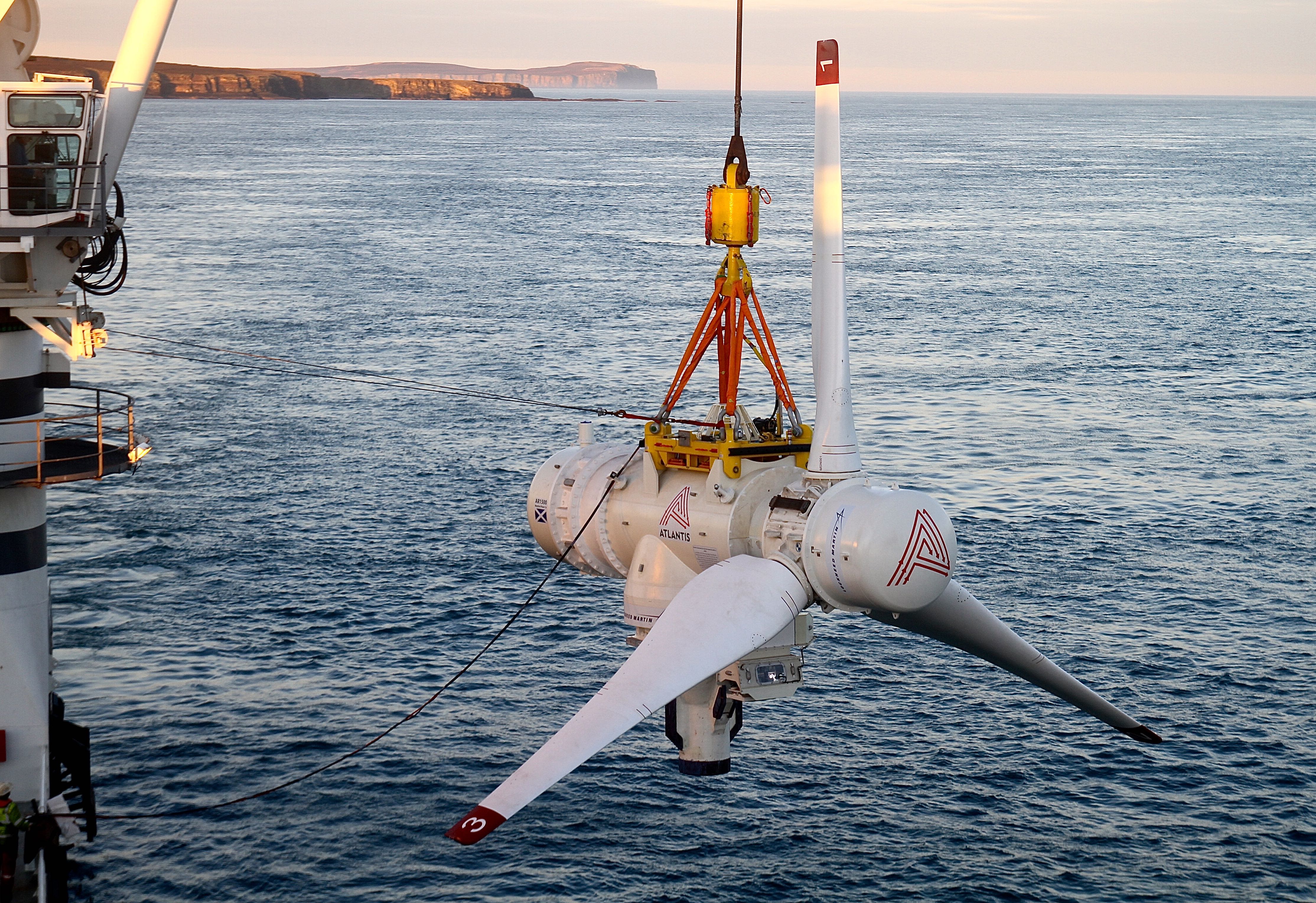 This image shows an AR1500 turbine. Two of these turbines are still being used at the MeyGen facility.

In an operational update Wednesday, renewable energy firm SIMEC Atlantis Energy said that the facility, which is located in waters off the north coast of Scotland, had sent more than 7 GWh of renewable energy to the grid in 2019. This amount is equivalent to the average yearly electricity consumption of 2,200 U.K. homes, the company added.

According to Atlantis, the 17.5 GWh sent to the grid represents a new record for the amount of electricity exported by a tidal stream project. The previous record, of around 11 GWh, was held by SeaGen, another asset of Atlantis.

The European Commission, the legislative arm of the EU, has described “ocean energy” as being both abundant and renewable. It’s estimated that ocean energy could potentially contribute around 10 percent of the European Union’s power demand by 2050, according to the Commission.

Atlantis said that MeyGen’s performance this year represented “the longest period of uninterrupted generation from a multi-megawatt tidal turbine array ever achieved.”

The CEO of Atlantis, Tim Cornelius, said that the uninterrupted production at the facility had generated “large volumes of valuable performance data” which would be used to “improve performance, optimize future system design” and “provide confidence to project financiers.”

Atlantis’ project update comes in the same week that two other firms signed a strategic collaboration agreement to develop “significant wave energy projects” off the coasts of Ireland and the U.K.

In an announcement Tuesday, CorPower Ocean and Simply Blue Energy said that the agreement would focus on “the large scale, commercial roll out of wave energy arrays.”

Under the terms of their agreement, Simply Blue Energy has “exclusive rights” to use technology from CorPower in areas it has identified as being suitable for commercial wave energy projects. It is hoped that electricity can start being generated and exported by 2024.

Want an extra $10,000? Consider moving to these states
Boeing 737 Max grounding cost it $185 million in the second quarter
To Top
error: Content is protected !!