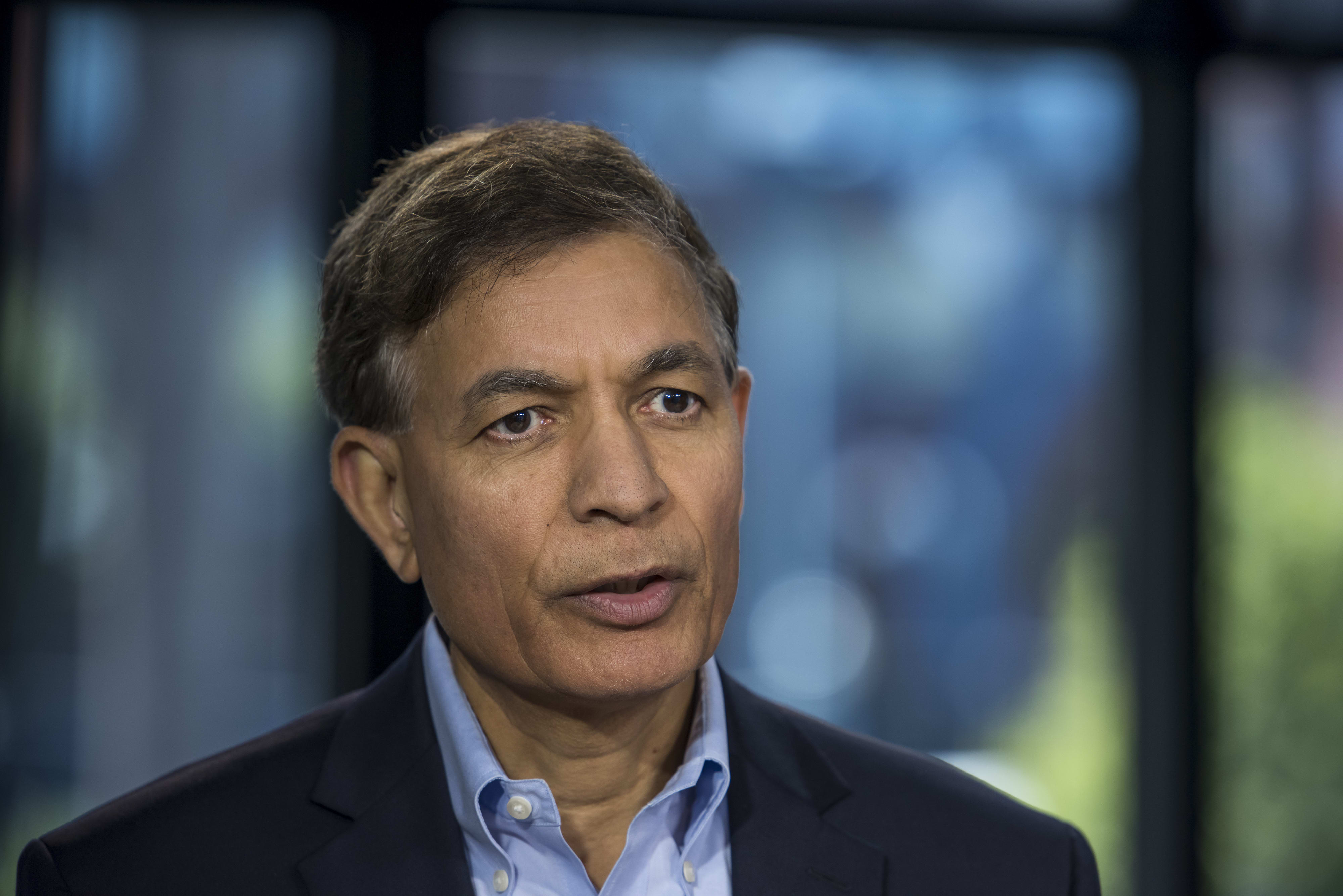 Zscaler CEO Jay Chaudhry on Friday shrugged off any worries of stiff competition from rival Palo Alto Networks.”You know, when paradigm shift takes place, incumbent and legacy vendors are often displaced,” Chaudhry said in a one-on-one with “Mad Money’s” Jim Cramer. “They feel the pain and they try to attack everyone.”Earlier this month, Palo Alto executives made comments to shareholders that sent Zscaler’s stock down nearly 5%. Leadership at the firewall provider said “We displaced” Zscaler as a supplier to a Fortune 50 U.S. retailer and a “major” health care provider in Europe. Palo Alto also took aim at Symantec, Crowdstrike and Fortinet.Shares of Zscaler are down more than 23% since that day, according to FactSet. The stock, however, is up more than 31% this year.”So I think the competition is Zscaler,” Palo Alto Chief Technology Officer Nir Zuk said, according to an earnings call transcript. “However, I strongly believe that the right architecture and the right products at the end of the day win.”Chaudhry insisted that nothing Palo Alto is doing is changing Zscaler’s business. Palo Alto commands a $20.2 billion market cap to Zscaler’s $6.6 billion. The networking company entered the cloud services arena in 2017 as enterprises began migrating to cloud-based security systems to fend off cyber threats.”To do cloud security right you need to have purpose-built architecture. You can’t take the legacy boxes and stick them in a cloud and say it’s cloud security,” Chaudhry chided. “That would be like taking DVD players and putting them in a data center and calling it a Netflix service.”Zscaler, which came public in the first half of 2018, offers cloud security software for IT professionals to monitor network traffic and protect data. The company surprised analyst estimates by turning a small profit in four straight quarters.Revenue grew by more than 53% in its July quarter and is expected to near $90 million in the current quarter, according to FactSet.”The market is coming to us. We’re seeing a lot of growth,” Chaudhry said. “We crossed 400 off the Global 2,000 companies as our customers, so [we are] very bullish about the opportunity.”Palo Alto Networks declined to provide a response to CNBC.WATCH: Cramer chats with Zscaler CEO Jay Chaudhry

I think this stock is ‘dead in the water’
US prosecutors charge ex-UAW official of conspiracy in widening corruption probe
To Top
error: Content is protected !!