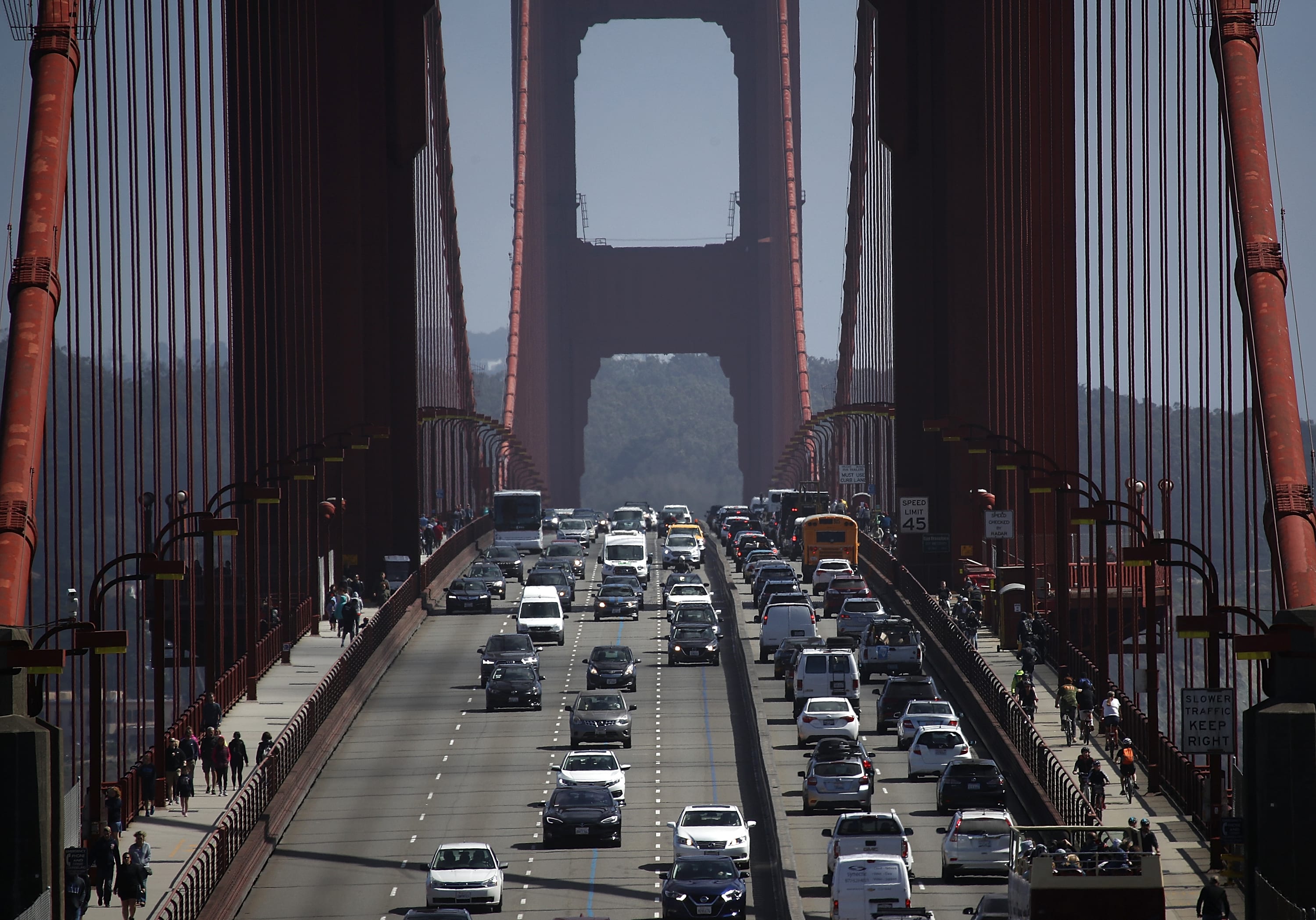 Cars drive over the Golden Gate Bridge in Sausalito, California.Justin Sullivan | Getty ImagesThe Trump administration moved Wednesday to rescind a waiver allowing California to set its own standards for car emissions. Critics understandably called foul. But emissions activists should keep in mind that improvement in fuel efficiency makes a bigger difference at the most inefficient end of the scale.Without offering details, President Donald Trump tweeted his announcement of the move Wednesday morning. “There will be very little difference in emissions between the California Standard and the new U.S. Standard,” he wrote. As is often the case with cars’ fuel efficiency, the conversation came down to miles per gallon.That’s because miles per gallon is the default metric for measuring a car’s fuel efficiency. But critics say that it makes comparisons difficult and undervalues improvements that could be made to the most inefficient cars.The math of fuel efficiencyLet’s say you own two vehicles, and you’re looking to upgrade one in order to improve your gas mileage. Your Honda Civic currently gets 36 mpg, and you could upgrade to the Chevy Malibu Hybrid, which gets 46 mpg. Your Ford F250 gets 15 mpg and you could switch to the Chevy Silverado, which gets 18 mpg. Assuming you drive them an equal amount, which would you choose to improve if your goal is to save gas?That is, would you save more gas by improving the sedan by 10 mpg or the truck by 3 mpg?Most people would pick the sedan. After all, an improvement of 10 mpg is a lot bigger than an improvement of 3 mpg. Lab experiments have shown that people are more likely to pick that one.In fact, the pickup truck would be a better choice.Let’s say you drive 10,000 miles a year, which is a bit less than the average American driver but is a nice round number. With the sedan’s fuel efficiency improvement, you’d save about 60 gallons of gas. With the truck’s improvement, you’d save 111.Here’s the math:The Civic uses 278 gallons to go 10,000 miles (10,000/36) and improves to 217 gallons (10,000/46). That’s a savings of 60 gallons.The F250 uses 667 gallons to go 10,000 miles (10,000/15) and improves to 556 gallons (10,000/18). That’s a savings of 111 gallons.The reason many people pick the sedan is that they think of a car’s consumption of gas as a linear function of its fuel efficiency. But the actual relationship is curvilinear. This misbelief means people underestimate the benefits of removing the most inefficient cars from the road.Improvements in a car’s fuel efficiency (shown on the horizontal axis) make a bigger difference in its fuel consumption (shown on the vertical axis) at the lower end of the scale. If the goal is to reduce the total amount of fuel used in American cars, we should focus on efficiency in the lower-mpg end of cars rather than making big steps in the already efficient cars.Researchers at Duke have argued that using miles per gallon as the default metric for fuel efficiency leads people to undervalue the benefits of small improvements in the most inefficient cars. Instead, they recommend a common metric of gallons per 100 miles to make comparisons easy. That way, consumers could understand better the metrics of emissions and could make better decisions in their purchases.