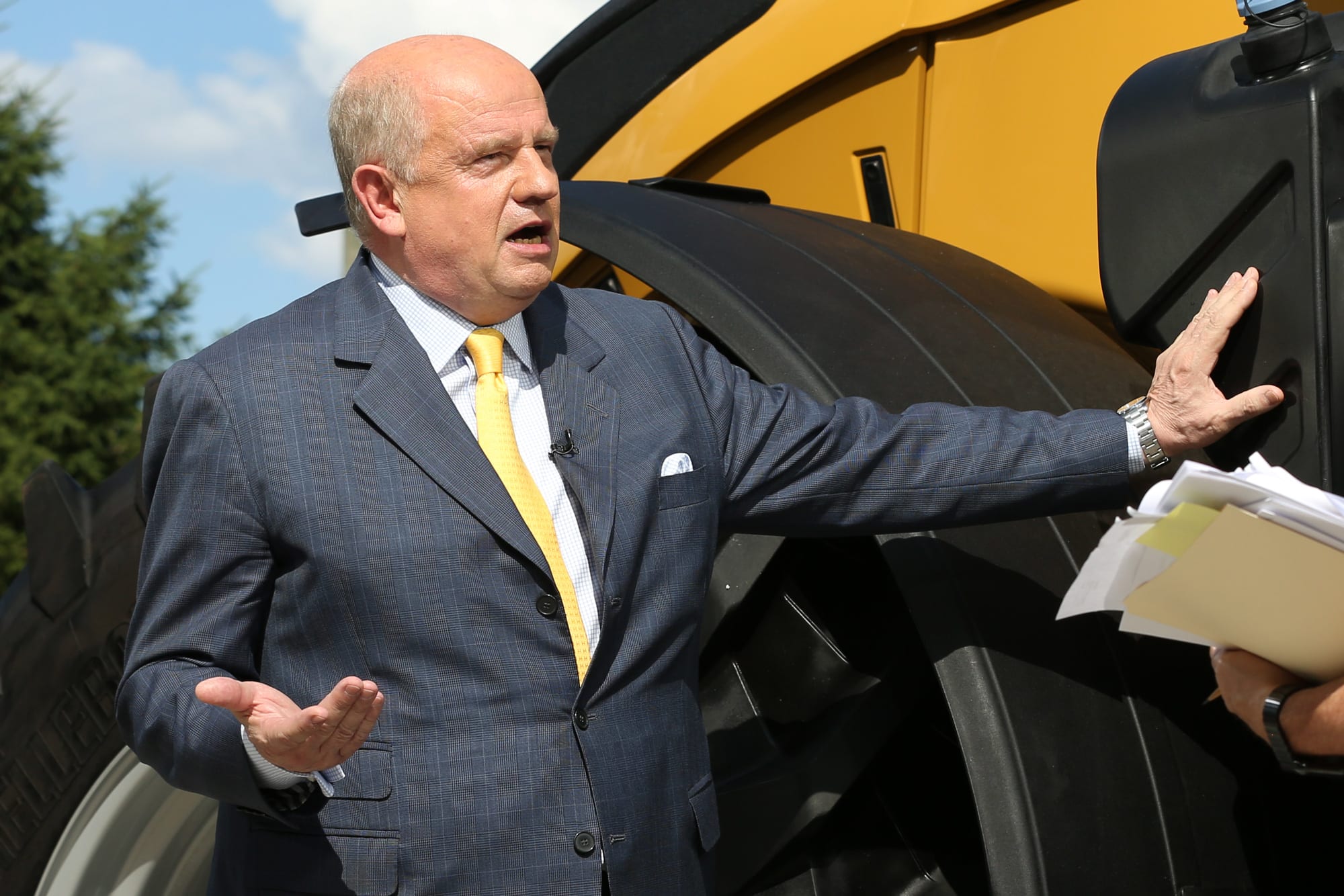 Agriculture is a sector of the American economy that has been impacted heavily by the U.S.-China trade war, but Agco has been able to avoid a lot of those side effects, CEO Martin Richenhagen told CNBC’s Jim Cramer on Wednesday.That’s because the Georgia-based manufacturer of farming equipment has strategically established large international exposure, Richenhagen explained in a “Mad Money” interview.”This is the advantage and that is by purpose. We always wanted to be globally diverse,” he said.Agco’s stock has risen more than 35% year to date, while larger competitor Deere has risen just over 10%. Cramer noted that about 20% of Agco’s sales are in the U.S., compared to about 50% for Deere.For example, in August, when Deere reported it had missed quarterly earnings estimates, it said farmers were holding off on purchases because of uncertainty around the trade war.Richenhagen said that Agco is “pretty much on schedule” to meet its U.S. earnings guidance for the upcoming quarter.”We are fine,” he said.Fendt Ideal CombineAdam Jeffery | CNBCAgriculture exports to China fell by more than half in 2018. In 2017, China was the second-largest buyer overall for American farmers, importing $19.5 billion in agricultural goods. But last year, as the trade war intensified, that figure declined to $9.2 billion,, according to the United States Department of Agriculture.The Trump administration has tried to offset the trade war’s impacts by distributing billions of dollars of subsidies to farmers.Richenhagen added that he was “almost sure” Trump didn’t realize the impact the trade war would have on American farmers, while also offering praise for how Secretary of Agriculture Sonny Perdue has handled the situation.WATCH: Cramer’s one-on-one with Agco CEO Martin Richenhagen, featuring a combine harvester