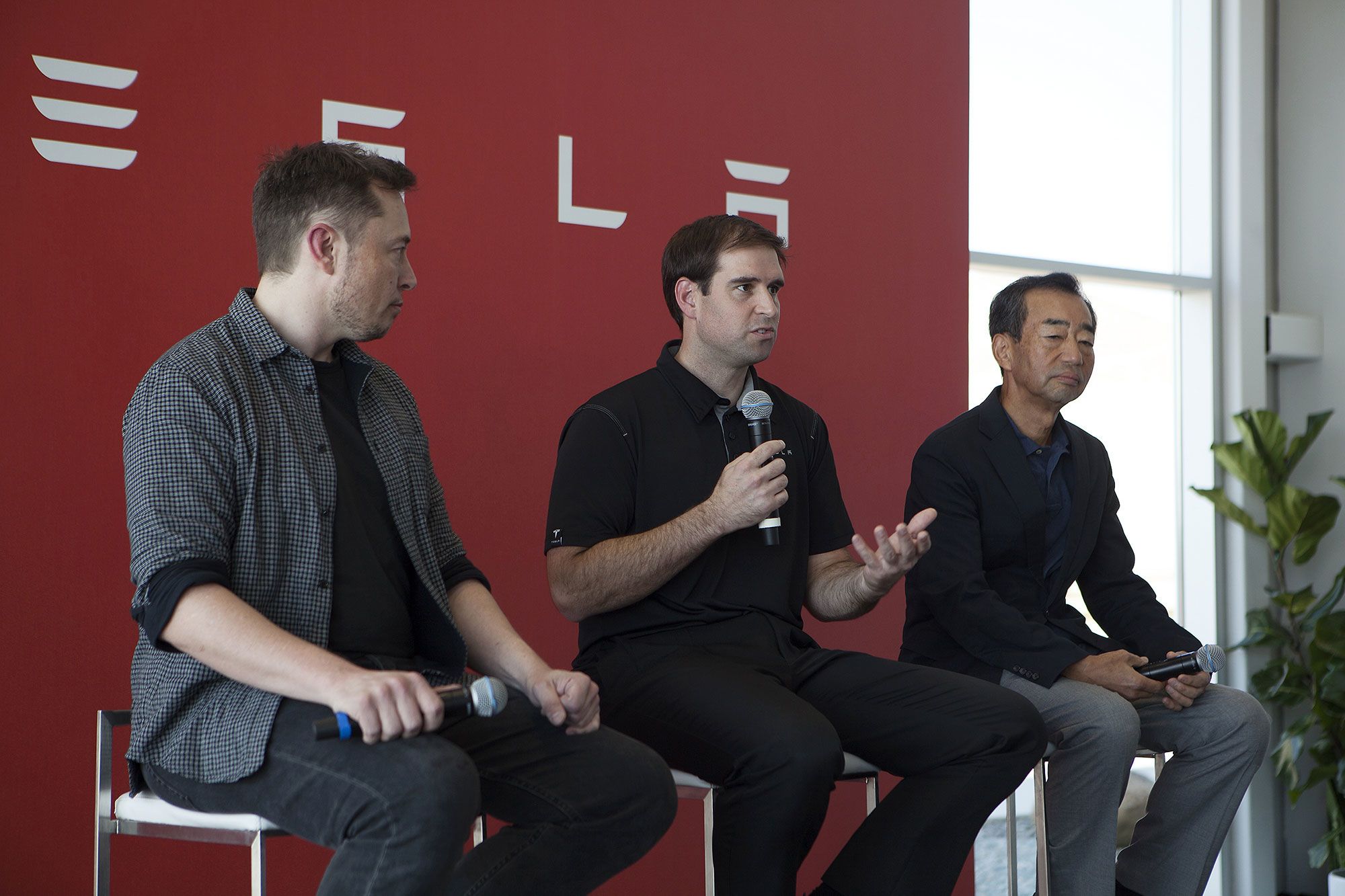 Tesla’s Chief Technology Officer JB Straubel is leaving his post to become an advisor to the carmaker, CEO Elon Musk said on the company’s second-quarter earnings call on Thursday.

Straubel, one of the company’s co-founders, is best known for helping to create Tesla’s signature battery technology. He also oversaw power electronics, motors, software, firmware and controls, among other responsibilities at Tesla over the course of his tenure there.

“I’m excited to stay involved in some of our core technologies and all that and help where I can,” Straubel said on the call. He said it’s “not an executive type role.”

His position will be filled by Drew Baglino, who had been a vice president of technology.

Straubel is the latest high-profile departure from Tesla’s executive ranks. Steve McManus, who was a vice president in charge of engineering for car interiors and exteriors at Tesla, this week joined Apple. The iPhone maker also lured former Tesla vice president Michael Schwekutsch, who oversaw electric powertrains engineering, to join its Special Projects Group earlier this year. In June, Felicia Mayo, the vice president of human resources and head of diversity, left Tesla. That month the company also lost Peter Hochholdinger, who ran manufacturing at the factory in Fremont, California, to Lucid Motors.

Straubel is also the founder of a recycling company called Redwood Materials with offices near Tesla’s Gigafactory in Nevada and car plant in Fremont.

According to shipment records shared with CNBC by Import Genius, Redwood Materials has, since May 2018, purchased equipment used for “electroplating, electrolysis or electrophoresis,” which could be used to extract and recycle some of the expensive raw materials used to make consumer electronics and electric vehicles.

WATCH: The one thing to look for on Tesla’s earnings call