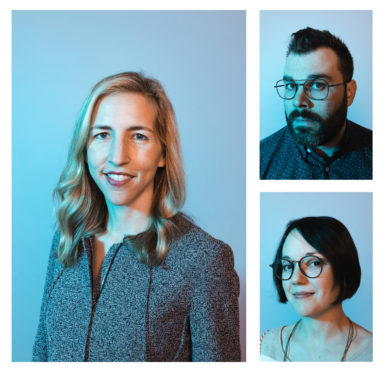 It’s almost become customary for American cities to establish biennial-style exhibitions, with Cleveland, Honolulu, Kansas City, and St. Louis setting up shows of the sort in recent years. (Those cities join a list that includes longer-standing recurring shows in New Orleans, New York, Atlanta, and Los Angeles.) The latest U.S. locale to announce plans for a biennial-style show is not a city, but a state.

On February 5, 2021, Tennessee will launch a triennial. In a style similar to that of the first Front International triennial, which took place in three Ohioan locations (Cleveland, Akron, and Oberlin), the inaugural Tennessee Triennial for Contemporary Art will be spread across four cities, placing work by participating artists in museums, contemporary art spaces, and universities in Nashville, Memphis, Knoxville, and Chattanooga. The triennial will be overseen by Andrea Zieher, cofounder of New York’s ZieherSmith gallery, and produced by the nonprofit organization Tri-Star Arts.

Set to open on the heels of the next presidential inauguration, the Tennessee Triennial will feature works created by artists working in the U.S., many of them made in response to political discord in the country. The artist list will be finalized later this year, and Zieher will work with a curatorial team to develop the show, which is scheduled to run for about three months.

“We feel like it will be a really important moment to reframe our national dialogue, and contemporary art gives us a way to distill that maybe in a more healing way,” Zieher told ARTnews. “Artists will be reflecting on what’s going on, but it doesn’t have to be in such a divisive way; I think people will be really hungry for it.”

Since 2011, ZieherSmith has staged lectures, workshops, film screenings, and pop-up exhibitions in Nashville, and Zieher, who has family in the state, added that visual arts in Tennessee have “been a little bit under the radar.”

“There are so many exciting creative endeavors going on throughout the state, particularly in music, which gets a lot of the spotlight,” she said. “The triennial will—for the long-term—bring visual arts to the forefront of Tennessee.”